Many soldiers want to stop fighting. Let’s build a movement that welcomes them.

Many people in the military don't want to sacrifice their lives for Trump's whims. 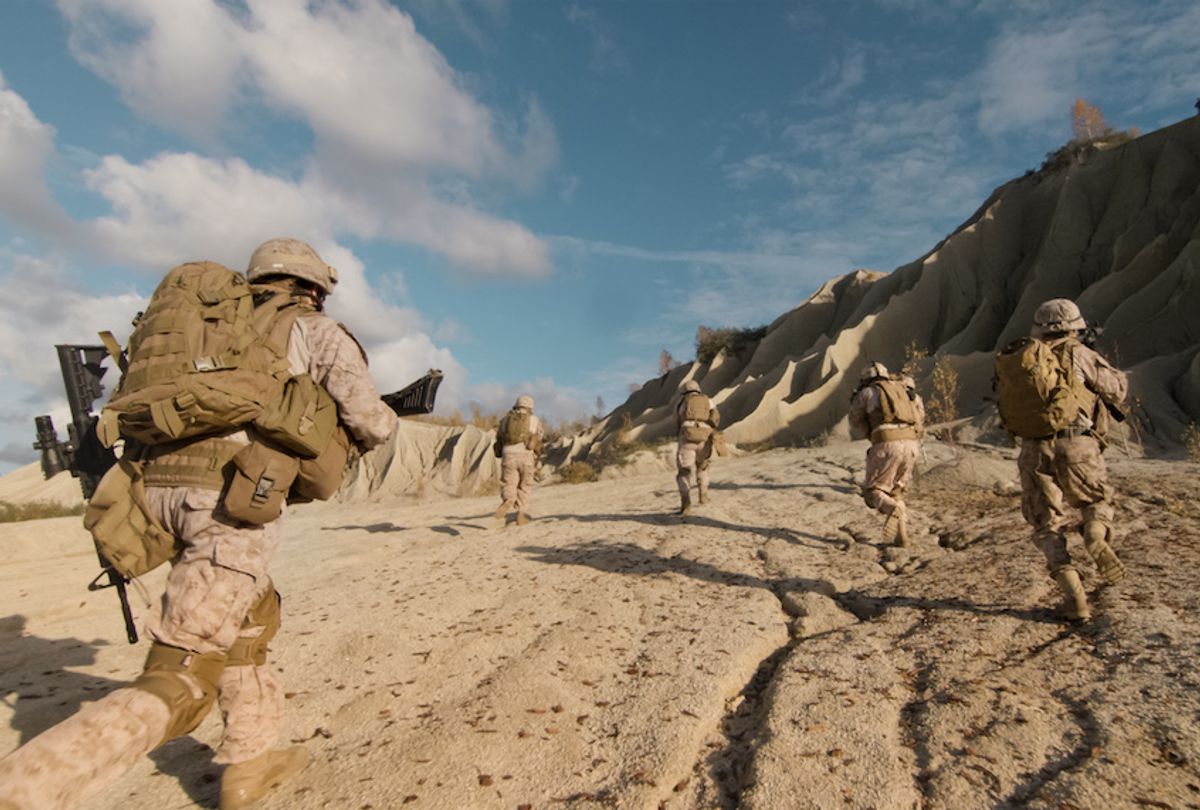 What will happen next? It’s a question that has been running through my head since the U.S. assassinated Iran’s Gen. Qassim Suleimani on January 3. I’ve had numerous conversations with people of Persian descent and they too are asking themselves the same question, only with even more anxiety.

One of the most troublesome outcomes of Trump’s reckless, illegal and dangerous decision to assassinate Suleimani is that we are already seeing border patrol agents stopping dozens of Iranian Americans at the border; some even being denied entry to the U.S. after returning from a concert in Canada. This type of racial profiling is its own form of violence and is a reminder of the Islamophobia we saw in the wake of 9/11, only with an even more reactionary and nationalistic administration in office — an administration particularly focused on targeting Muslims.

Then there is the fear of escalating war. The additional 3,500 troops speedily deployed to Iraq less than 24 hours after the assassination, who will be meeting up with an estimated 6,000 already in the country, is deeply concerning. The millions marching in the streets of Tehran and in the countryside demanding revenge for the “martyrdom” of this general only increases the fear of escalation.

Trump’s Twitter outbursts after the attack must have provoked many to wonder if there is a bunker to hide in. Watching Trump handle this situation, as a meme I saw on Twitter said, “is like being strapped to a chair watching a toddler playing with a loaded weapon.” It’s so easy to feel powerless and siloed right now.

I understand this feeling — I have my own urge to find a bunker for my family. However, it’s becoming increasingly clear that we have no choice but to challenge that sense of fear and isolation, which the administration is hoping will stymie us into inaction. There are things we can do.

Thousands across the country met up this weekend to register a loud and determined vote against a war with Iran. In Chicago where I live, a coalition of organizations helped coordinate a huge rally in front of Trump Tower. New York, Los Angeles, and dozens of small and big cities had similar rallies. One of my favorite signs from these rallies was from a man in Boston reminding people that we have much more in common with Iranian civilians than with the U.S. billionaires foaming at the mouth for more war. This message is one that should be echoing in everyone’s head right now. Combatting Islamophobia wherever it rears its ignorant head will help keep us out of war.

In these efforts to oppose war and Islamophobia, it’s important to not leave a large group of people behind: veterans and active-duty soldiers. I found the courage to resist the war in Iraq and Afghanistan, in large part, because of the movement against the war back home in 2003. Make no mistake: Tens of thousands of soldiers are looking for a way out right now. They just need a movement that will welcome and support them.

If soldiers lay down their weapons and ignore the orders of their chain of command, then it becomes increasingly difficult to carry out the war, as was the case in Vietnam.

Because the military targets poorer school districts we know that many sign up for the military to escape a desperate situation, and are seduced by recruiters who only speak of the positives of the military and none of its horrors. I visit high schools regularly to speak about the military, and have heard much about the recruiting tactics these students are subject to.

Let’s not underestimate active duty soldiers’ ability to understand what’s wrong with the mission. People don’t try to leave one desperate situation — the cycle of poverty — to willingly walk into another, such as a bloody war with Iran.

Will it be easy to build the type of movement needed to support war resisters in the ranks? Of course not. But this kind of movement-building has been done before and we can do it again. Fifty thousand active duty soldiers resisted Global War on Terror between 2001 and 2012. Appealing to these former members of the military to tell their stories at rallies, getting them into schools so kids know the full picture before they sign up, making the connections between the racism so many recruits feel in their own marginalized neighborhoods and the racism required to fight trillion dollar wars — this is how we start to build the movement. This is how we support active-duty soldiers in their ability to resist.

This looming war was instigated by a privileged and ignorant administration. The president himself will, of course, never be fighting in a war. Instead, he is putting countless other lives at risk — and many of those whose lives are on the line do not want to sacrifice themselves for Trump’s whims.

Let’s build that movement and welcome the troops who resist home.

Rory Fanning, a TomDispatch regular, is the author of Worth Fighting For: An Army Ranger’s Journey Out of The Military and Across America and co-author of Long Shot: The Struggles and Triumphs of an NBA Freedom Fighter. You can reach out to him on Twitter at @rtfanning.