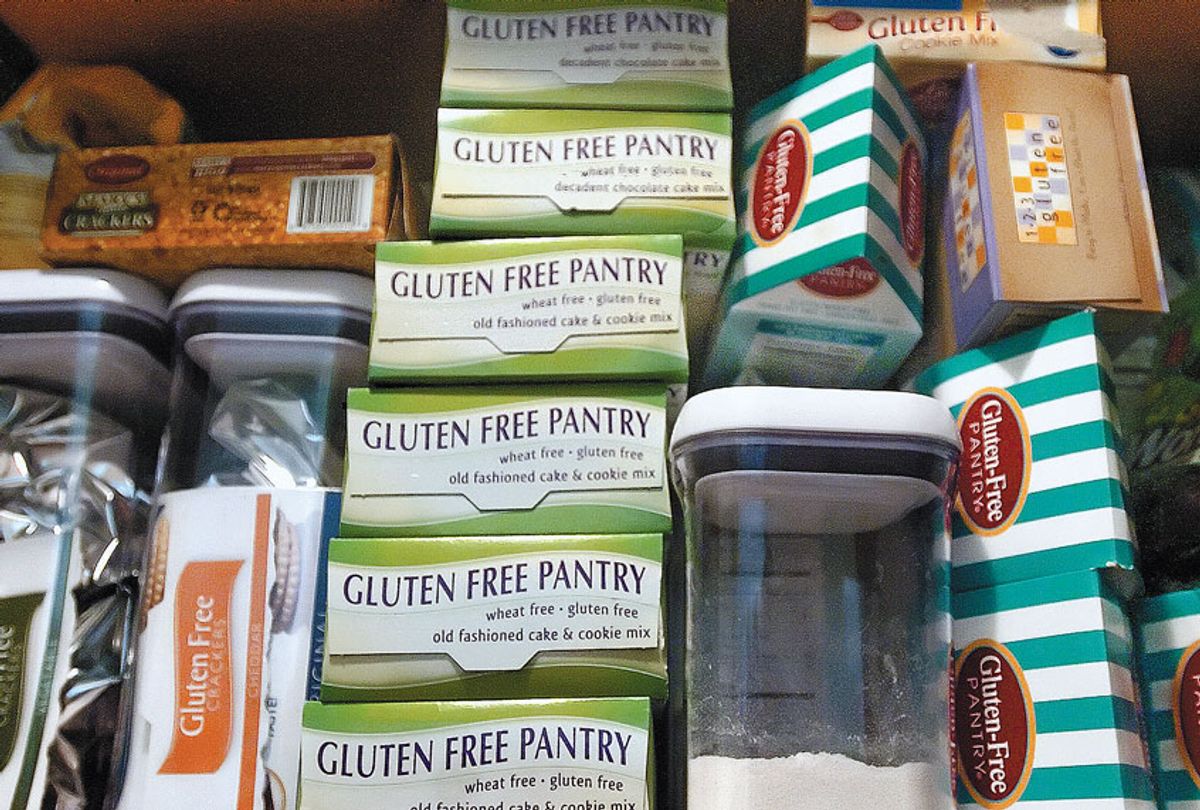 Back in 2009, the New York Times' Well blog reported on what then appeared to be a new health "trend": Celiac disease, an autoimmune reaction to the wheat protein gluten. At the time, it was unclear whether the rise in diagnoses was because doctors understood how to find and diagnose it, or if there were actually more cases. It turned out it was the latter.

In a 2009 study, researchers analyzed blood samples drawn from health adults between 1948 and 1954, which were collected at Warren Air Force Base. Only 0.2 percent of those samples had celiac disease. When compared to more recent cohorts in the late 2000s, celiac disease was four times more prevalent.

Celiac disease is an autoimmune disorder in which someone can’t eat gluten because it will damage the small intestine. Gluten is the name for the water-insoluble proteins that are found in grains like barley, wheat, oats and rye. Individuals with celiac disease can’t digest gluten, and when they do it can lead to vomiting and diarrhea. Fatigue, weight loss, abdominal discomfort and anemia, are all symptoms, too.

In response to awareness and increased diagnoses, gluten-free options for food consumers have expanded since the 2000s. Offering gluten-free options is now common in restaurants, and celiac awareness has even trickled into politics. In December 2019, Sen. Richard Blumenthal (D-Conn.) introduced the Gluten in Medicine Disclosure Act of 2019, which would amend the Federal Food, Drug, and Cosmetic Act to require gluten be labeled in all medications.

When the New York Times published its piece in 2009, doctors said they didn’t know what was the cause of the rise. Ten years later, there is still no consensus on why the rise occurred — partly because the actual cause of celiac disease remains unknown. Yet just this week, Australian researchers published a study in the journal Nature Structural and Molecular Biology linking bacterial exposure as a possible environmental risk factor for developing the disease. In the study, researchers explain receptors from the T cells of celiac disease patients recognize protein fragments from certain bacteria that are similar to gluten.

“In celiac disease you get aberrant reactivity to gluten and we have provided a proof-of-principle that there's a link between gluten proteins and proteins that are found in some bacteria," co-lead researcher Dr Hugh Reid, of Monash University, said in a press statement. "That is, it's possible that the immune system reacts to the bacterial proteins in a normal immune response and in so doing develops a reaction to gluten proteins because, to the immune system, they look indistinguishable — like a mimic."

There is a long reading list of scientific literature speculating as to what causes celiac disease. Some theories point to cesarean sections, while others the overuse of antibiotics. The way bread is made is also a point of contention. “There have been some small studies looking at old forms of bread-making…that have suggested it’s not as immunogenic, it doesn’t drive the immune response as strongly as more modern grain or bread preparations,” a researcher told Time magazine.

There is also the hygiene theory, which holds that between birth and the first 18 months of life, babies are not exposed to the same amount of antigens as they used to be. That could, in turn, trigger immune responses to things that are not actually a threat to the body, such as gluten.

But what continues to puzzle researchers is the overall increase in it. According to data from the University of Chicago’s Celiac Disease Center, celiac disease affects one percent of “healthy, average Americans,” which means that 3 million people  have it. It is estimated that 97 percent of them are undiagnosed, as diagnosis is still difficult.

Meanwhile, many people are cutting gluten from their diets even without formal diagnosis of celiac disease. Since 2009, the number of gluten-free Americans has tripled — though not all of them have been diagnosed with celiac disease.