"If you can’t talk to each other, we are in big trouble," Steve Doocy warns Fox News viewers 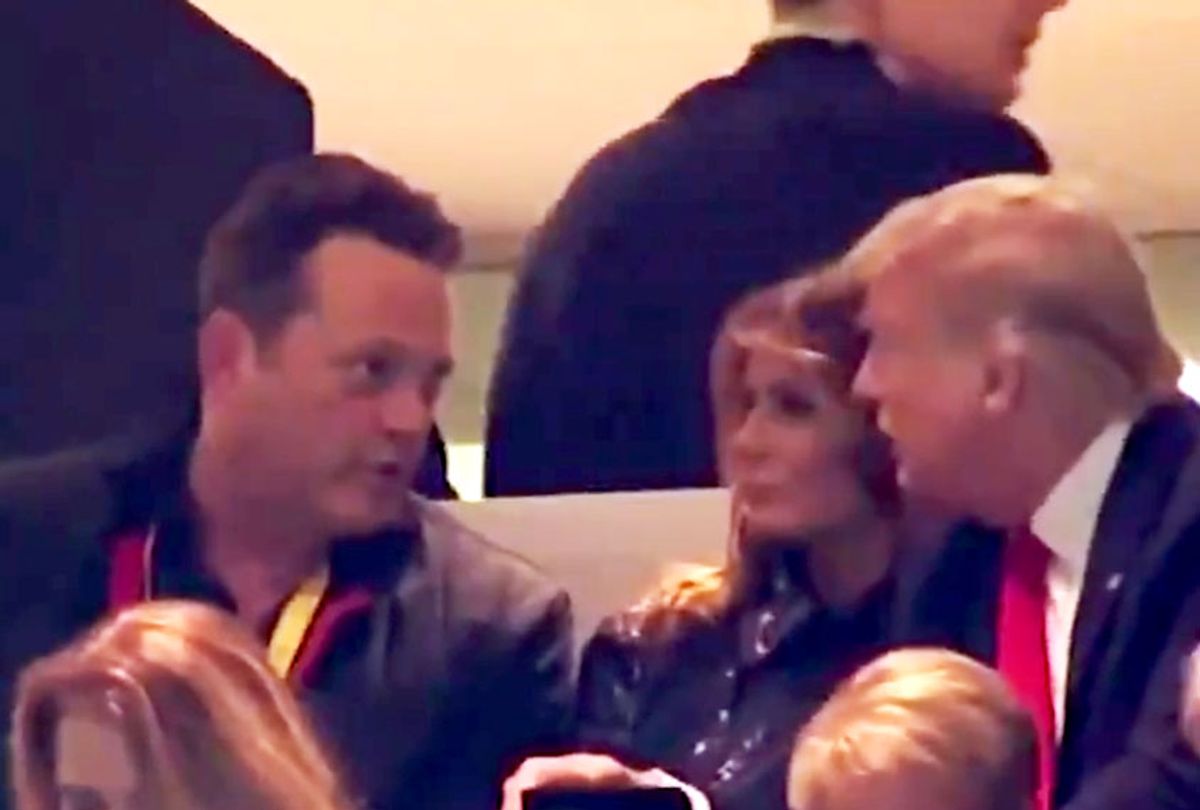 A "Fox & Friends" host suggested the U.S. was headed to another Civil War because of public outrage over actor Vince Vaughn speaking to President Donald Trump.

Writer Timothy Burke uploaded a video of the actor and president shaking hands and chatting at Monday night's 2020 College Football National Championship game in New Orleans, and the Fox News hosts were troubled by the reaction, reported Mediaite.

"Unless America talks to the other side and we can just talk to each other, this is going to be a country — they might as well split the country right in half, right down the Mississippi," said host Steve Doocy.

"We tried that once," Kilmeade said.

"Well, they did," Doocy added, "but that's what we are going to. If you can't talk to each other, we are in big trouble."