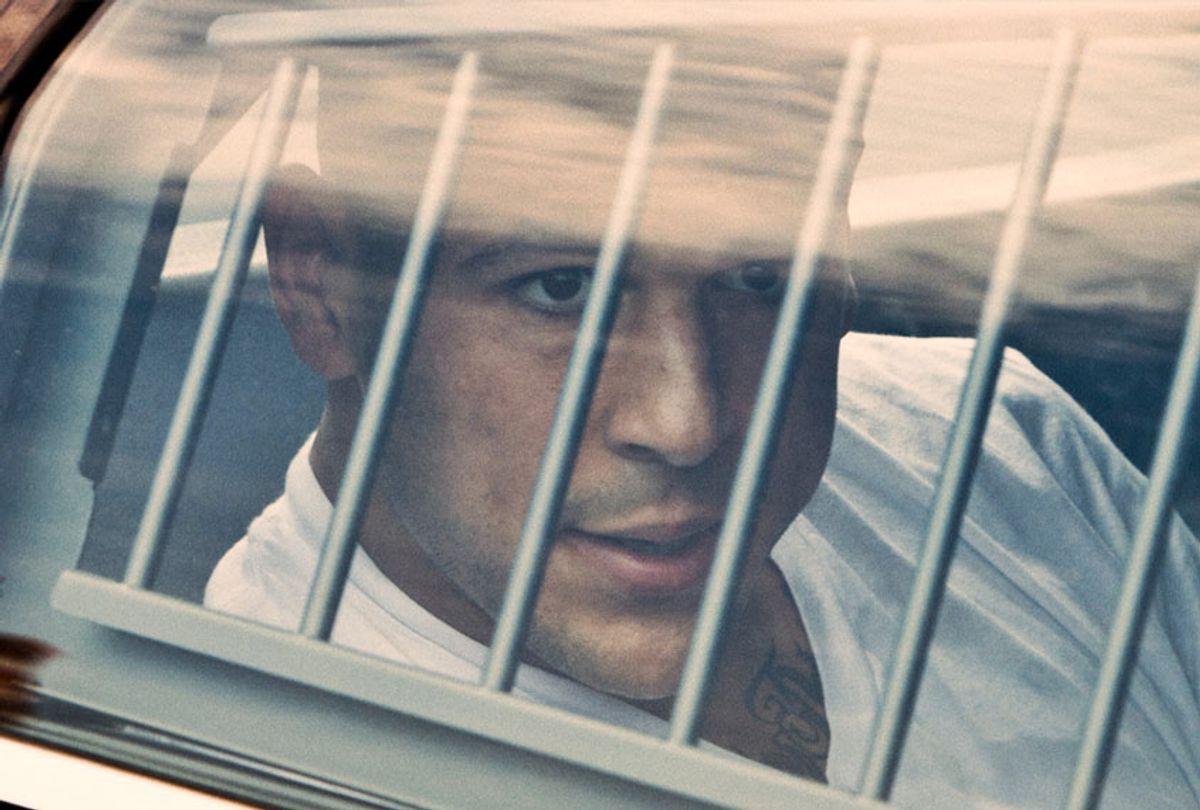 Killer Inside: The Mind of Aaron Hernandez (Netflix)
--

The buzz surrounding the new Netflix limited docuseries "Killer Inside: The Mind of Aaron Hernandez" began Tuesday, as people waited for the episodes to premiere at midnight. "Who else refreshing [their] Netflix every 5 min waiting for the Aaron Hernandez documentary?" one Twitter user asked, while another replied, "This Netflix show about Aaron Hernandez is about to be lit."

While true crime as a genre has a sizable, enthusiastic (if to a fault) fan base of its own, this dive into the charges against the former Patriots tight end has inspired the sort of immediate social media reaction typically reserved for stories that unfold episodically; I'm thinking of "Serial," for example, and how each week brought new information, twists, and allegations.

"The Mind of Aaron Hernandez" doesn't fit that mold. Even if you aren't at all a football fan, you're probably familiar with the general outline of the story: a talented 23-year old NFL star's career is cut short after his 2013 arrest and conviction for the murder of Odin Lloyd. Then, while on trial for Lloyd's murder, he was also indicted for the 2012 double homicide of Daniel de Abreu and Safiro Furtado. He was acquitted in 2017 of the double homicide, but days later was found dead in his cell of an apparent suicide.

The story was told again and again, analyzed by both mainstream news organizations and sports-specific talk shows. A central question emerged in much of the coverage: How could this happen?

While the sport isn't a stranger to high-profile players being accused and arrested for abuse and violent crime (look at O.J. Simpson), much of the country still deifies football stars, positioning them as emblems of American virtues like hard work, persistence, and teamwork. That's why these narratives in which an all-American hero falls from grace get so much play because, as suggested by the title of the docuseries, people are eager to understand the psychology behind that fall.

In the case of Hernandez, this series — which is an expansion of creator Geno McDermott's 2018 documentary "My Perfect World: The Aaron Hernandez Story" — doesn't have a complete answer.

One portion of the three-episode series posits that the turn to crime came at the hands of a domineering father who repressed Hernandez's sexuality, a checked-out mother, and the NFL that as an organization, embodies a culture that wouldn't allow Hernandez to live as an out gay man.

Hernandez's queerness and denial are interesting plot points; speculations about his sexuality had surfaced shortly before his death, though many "definitive, never before told accounts" sidestepped that aspect of the player's life.

"Killer Inside" puts a finer point on how living in the closet could have contributed to Hernandez's volatile mental state. It features interviews with Dennis SanSoucie, a former high school teammate of Hernandez, who alleges they had a yearlong sexual relationship.

"Girls didn't hang out with the boys after school, so me and Aaron experimented," SanSoucie said in the documentary.

But perhaps more captivatingly, "Killer Inside" takes an objective look at chronic traumatic encephalopathy (CTE)  – a neurodegenerative disease caused by head injuries – and how that changes or inhibits brain function and impulse control. Following his death, Hernandez, who was 27 at the time, was posthumously diagnosed with Stage 3 CTE by doctors at Boston University's CTE Center. It was a shock to the football community. As the Washington Post reported at the time, "Aaron Hernandez suffered from most severe CTE ever found in a person his age."

While there are prison phone call recordings of Hernandez, which are revealing of his post-arrest mental state, there is no single strong narrator through the docuseries, which leaves it feeling a little scattered at time (at its worst, it has some of the cheesy elements that have come to be associated with cable crime dramas, like overwrought reenactments).

But in a way, this mimics the story that "Killer Inside" is telling. Perhaps frustratingly, in the end, there is no single reason why Hernandez snapped. Much like the documentary itself, with its disparate amalgam of voices offering conjecture about the player's life, Hernandez was a sum of his pieces. More compelling than the series itself is how eager fans — over 11,000 of whom have spoken about "Killer Inside" on Twitter thus far — are to try to put those pieces together.

"Killer Inside: The Mind of Aaron Hernandez" is now streaming on Netflix.