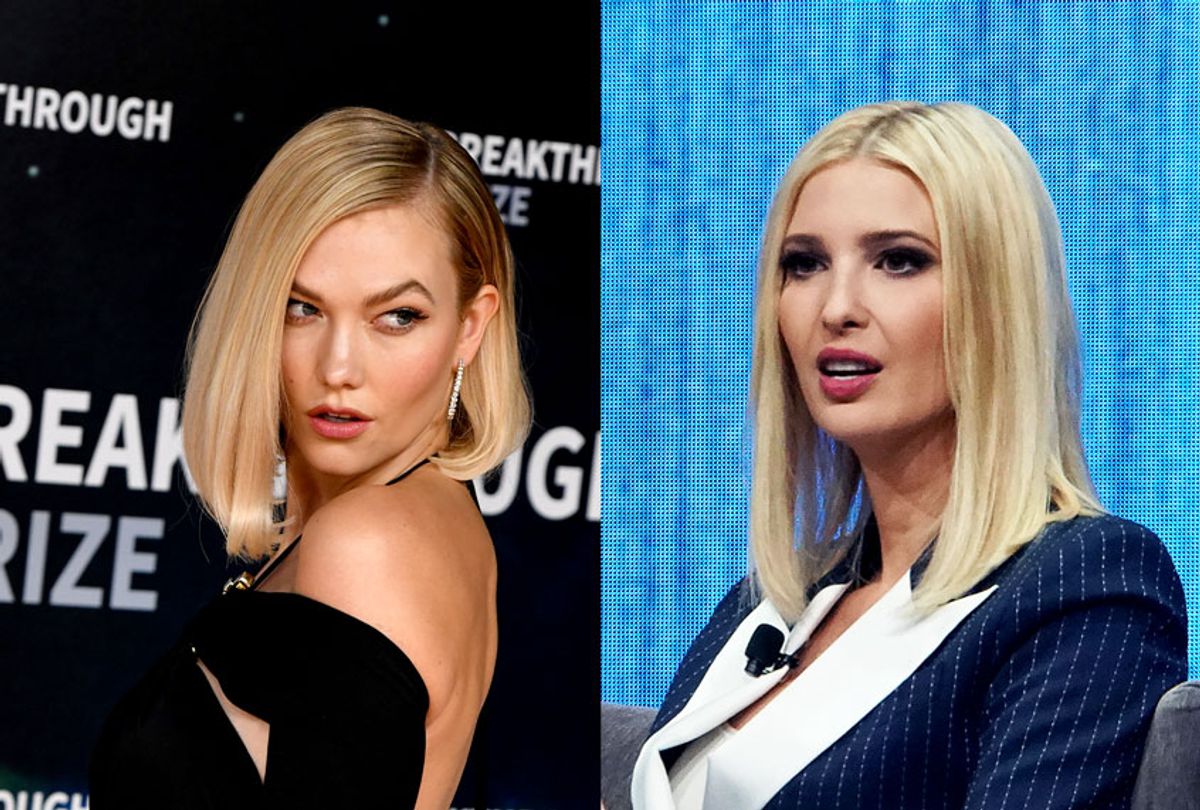 Karlie Kloss, the sister-in-law of President Donald Trump's daughter Ivanka, revealed on the show "Watch What Happens Live" that she will not vote for the Republican president in 2020.

"I'm sure I'm not the only person in this country who does not necessarily agree with their family on politics," the "Project Runway" host told host Andy Cohen in a segment which aired Thursday night. "I voted as a Democrat in 2016, and I plan to do the same in 2020."

Earlier in the interview, Cohen rolled a viral clip from the show "Project Runway." After being told that Kloss might not wear one of his designs, a contestant jokingly asked her: "Not even to a dinner with the Kushners?"

The contestant later apologized to Kloss for his quip, insisting that it was not intended to be mean.

"Well, listen, I was honored to be one of the first memes of the decade, but honestly the real tragedy of this whole thing is that no one is talking about how terrible that dress was," Kloss told Cohen. "That's why he went home. And no, I would not wear that dress to any dinner."

Kloss has been outspoken at times about her progressive political views, including posting on Instagram in 2018 about her opposition to President Donald Trump's family separation policy.

"It's heartbreaking to watch from halfway across the world what is happening in our own country," Kloss wrote at the time. "It's not the time to say 'there are no words', there are many. Politicizing the lives of these defenseless children and ripping them from their parents is heartless. We have to be the voices for these kids, and I support anyone standing up to do right by them. What can you do? Many things but FIRST, call your congressperson RIGHT NOW and support the bill, US - S 3036. No matter what side of the aisle you are on - speak up. #KeepFamiliesTogether"

Kloss' husband, Joshua Kushner, who is the brother of Ivanka Trump's husband Jared Kushner, has also been described as a lifelong Democrat. Kloss told Vogue Magazine in 2018 that "Josh and I share a lot of the same liberal values that guide our lives and the things we stand for. We've really grown together personally and professionally. Josh knows that I'm just a nerdy, curious human being. I think that's why he loves me. We have each other's back."

Kloss has also argued that the disproportionate attention paid to her connection with the Trumps and questions about whether she converted to Judaism for her husband are motivated by gender bias, explaining to Vogue that "at the end of the day, I've had to make decisions based on my own moral compass — forget what the public says, forget social media. I've chosen to be with the man I love despite the complications. It's frustrating, to be honest, that the spotlight is always shifted away from my career toward my relationship. I don't think the same happens in conversations with men."

You can watch the full clip below via Twitter: