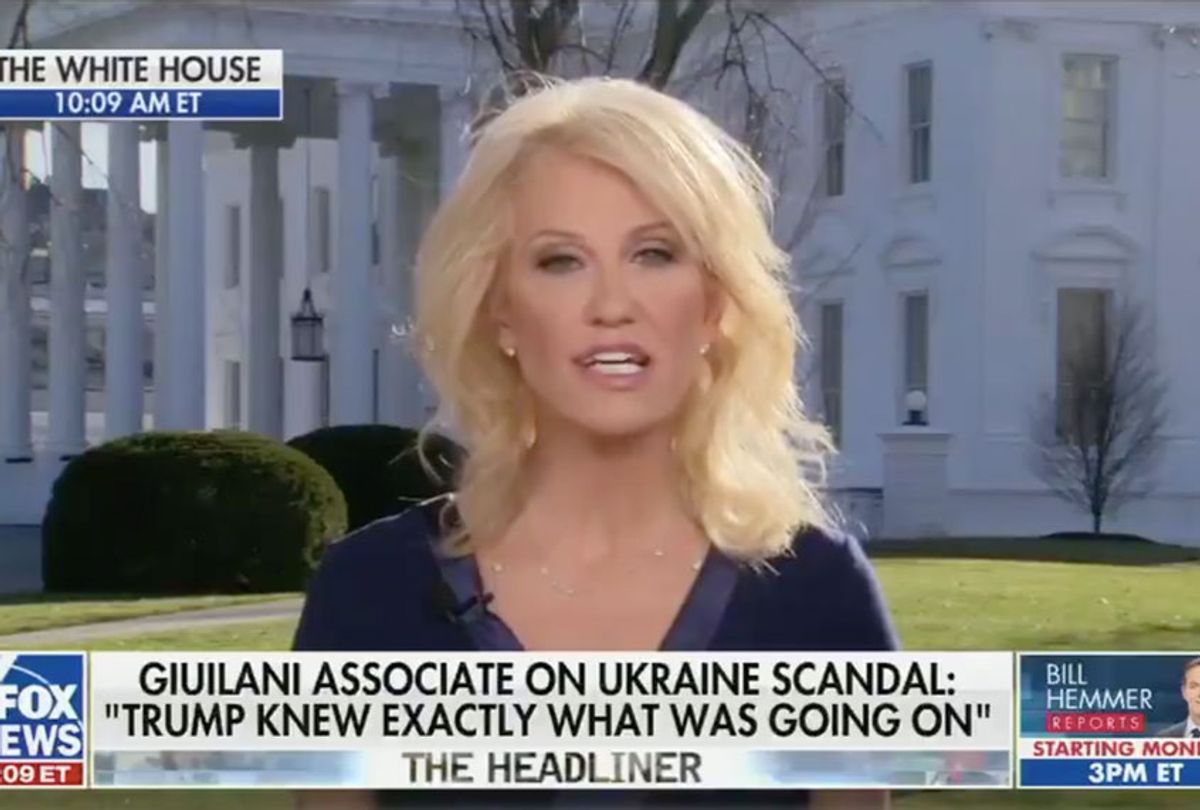 White House aide Kellyanne Conway on Thursday refused to answer a straight "yes or no question" about whether Lev Parnas, a Rudy Giuliani associate, was lying when he said that President Donald Trump was aware of his actions in Ukraine.

During an interview on Fox News, Conway was repeatedly asked about an interview Parnas did on MSNBC Wednesday night.

"What is the White House's position on his allegations?" host Bill Hemmer queried.

"Remember, people who go on TV are never under oath," Conway said. "This is someone who didn't come forward of his own volition. He was arrested and indicted on some pretty serious charges."

"I understand what you're saying," Hemmer interrupted. "But are you saying flat-out, a hundred percent, what he alleges is not true? Yes or no?"

"When he says, the president knew all of my moves," Conway replied, "you cannot say what somebody else knew or thought. You can't do that. So that was a TV show, not a court of law… I think you should go by what the president himself has said."

"Is he lying or not?" Hemmer pressed.

"Well, he's a proven liar," Conway scoffed. "He's been indicted. And so, look, I've never heard the president mention this person to me ever a single time!"

"It's a yes or no question," co-host Sandra Smith observed. "Trump knew exactly what's going on, said Lev Parnas. And we're asking, is that statement true or false?"

"Trump knew what was going on how?" Conway snapped. "Where did he get consent of the president? … There was no call for an investigation of the Bidens. People were talking about the Bidens and they were!"