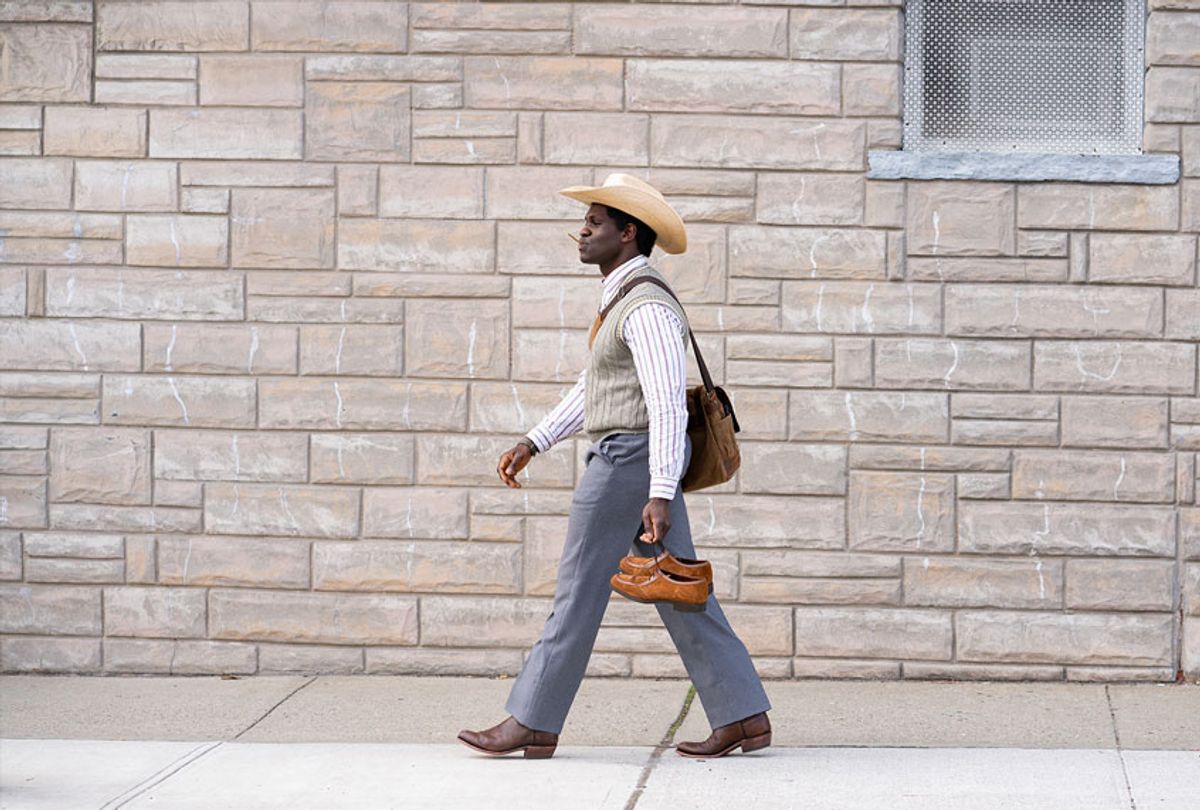 The United States is a country where movie cowboys are real. We are the home of Kelly Clarkson singing siren calls that land on ears thousands of miles away, luring some of them with the offer of a better life. We are the birthplace of chocolate chip cookies and endless shrimp buffets on all-expenses paid cruises.

Many people, including its natural born citizens, still believe in its reputation as a safe harbor for the persecuted and for crazy dreamers determined to build castles on craggy foundation. And many still hold true to the image of rising from nothing to become a champion.

Partisan rancor is the defining characteristic of this era in American culture and politics, but you find nary a drop of bitterness in Apple TV+'s "Little America," an eight-episode anthology series depicting the immigrant's story of the nation whether it be an account of the journey to get here, the struggle to build a life, fitting in, or simply trying to keep the lights on.

We exist in the time of fury and bitterness over the state of immigration, and the writers and directors creating each "Little America" episode offer its tales as an optimistic counterbalance. Every lithe episode is unique and hums with a different tone from one to the next, making this season a thematic quilt as opposed to one bolt of cloth.

All of them hang together a celebration of the vastness and breadth of this grand experiment as it has played out across a number of decades as opposed to a critique of our present. And in making that choice, creators Lee Eisenberg, Emily V. Gordon, and Kumail Nanjiani gift the audience with a relief from the negative weight of current events without asking us to forget the existential threat posed by nationalism and xenophobia.

"Master of None" co-creator Alan Yang is an executive producer on the series, and although Eisenberg is this season's showrunner, that series' cinema verité style serves to unify the season.

There's no question that "Little America" has an agenda, albeit one that sides with the essential goodness and open-heartedness of America's promise. Every one of the subjects inspiring each installment, based on first-person accounts published in Epic Magazine, either hails from or is bound to a different country and culture.

Eisenberg, Gordon, and Nanjiani collaborated on the script for the episode titled "The Rock," a sweet if insubstantial story directed by Nima Nourizadeh about a Persian man's quixotic quest to build his dream house despite a very obvious obstacle. Shaun Toub's relentlessly upbeat performance of Faraz shores up the plot's weaknesses, and honestly, its flaws mainly stand out because it is grouped with extraordinary company.

"The Cowboy," the story of Nigerian graduate student Iwegbuna Ikeji (Conphidance), directed by Bharat Nalluri, is a favorite: he lands in Oklahoma and emerges from his loneliness and initial inability to fit in by finding true kinship among the town's ranchers and cattle hands.

Nalluri colors in his subject's personality by physically portraying the taped communications between Iwegbuna and his family. As he envisions his village's life and what his siblings and mother are doing, the director places them in Oklahoma with him, allowing their bright clothes and melodic speech to brightly pop in contrast against the sepia-toned prairie landscape.

Such touches also exemplify the spirit of "Little America" in that we never see him being shunned for reasons that probably don't need to be explained. Rather, given that this story provides Iwegbuna's point of view, the accentuation is on his difficulty in grasping the American centrality of individuality as opposed to community. When Iwegbuna finds his way, it's because he embraces the place he's surrounded as he lets go of the expectation that they will automatically embrace him.

Obviously one point of view will find something sinister in that approach. It basically preaches the necessity of assimilation despite the fact that for large swathes of people who are born here or immigrate here, that can never truly be possible. That's not wrong.

But in its execution "Little America" makes a case for, if not fitting in, at least finding a place for one's self and one's culture. It comes by this message honestly, too; every episode brims with a purposeful joy although a few of them aren't entirely happy tales.

Among the countries represented by its people are Nigeria, Syria, China, Iran, Mexico, and India, and that changes up the tone and feeling from one half hour to the next. Sacrifice and shedding the past are themes that pop up in many of these stories, but not in ways one would expect.

"The Manager," the season's overt deportation tale, depicts the extraordinary sacrifice undertaken by a 12-year-old (Eshan Inamdar) who is left to run his parents' Utah motel after they're sent back to India. And while he keeps his family's livelihood viable, he manages to become a spelling bee champion.

Meanwhile another episode, "The Jaguar," is the origin story of an athletic champion that sparkles with the essentially American qualities of heroism, with a star player coming from meager circumstances and clawing her to the upper echelons of a sport typically associated with wealth. The twist is that she's an undocumented teenager from Mexico (played by Jearnest Corchado).

By dint of the approach "Little America" adopts, the tone can be uneven, which is to be expected in any project that brings together different directors and styles under one roof in the same way the flavors of American culture change from state to state.

The heartbreakers stand out, the most potent of them being "The Grand Prize Expo Winners" and its story of a single mother from Singapore (Angela Lin) painfully coming to terms with her teenagers pulling away from her.

That episode is written and directed by Tze Chun and benefits from its autobiographical punch, and Lin's stricken expression during the densest times of her loneliness ripped me wide open.

Whether a plot tends toward the comical, romantic, or sometimes melancholy stories, the common thread is that anyone can avail themselves of the fertile ideal that America offers if they happen to employ ingenuity and determination, not to mention stumble upon a bit of good fortune. Even the bluest excursion leaves us in a beautiful place, a sense that – even as one connection is fraying, that one life started many leagues and borders away is fading into the background – there's something bright, glistening, and full of possibility on the horizon.