Robert Hyde posted a bizarre conspiratorial rant on Twitter, in which he claimed to have been set up by Schiff 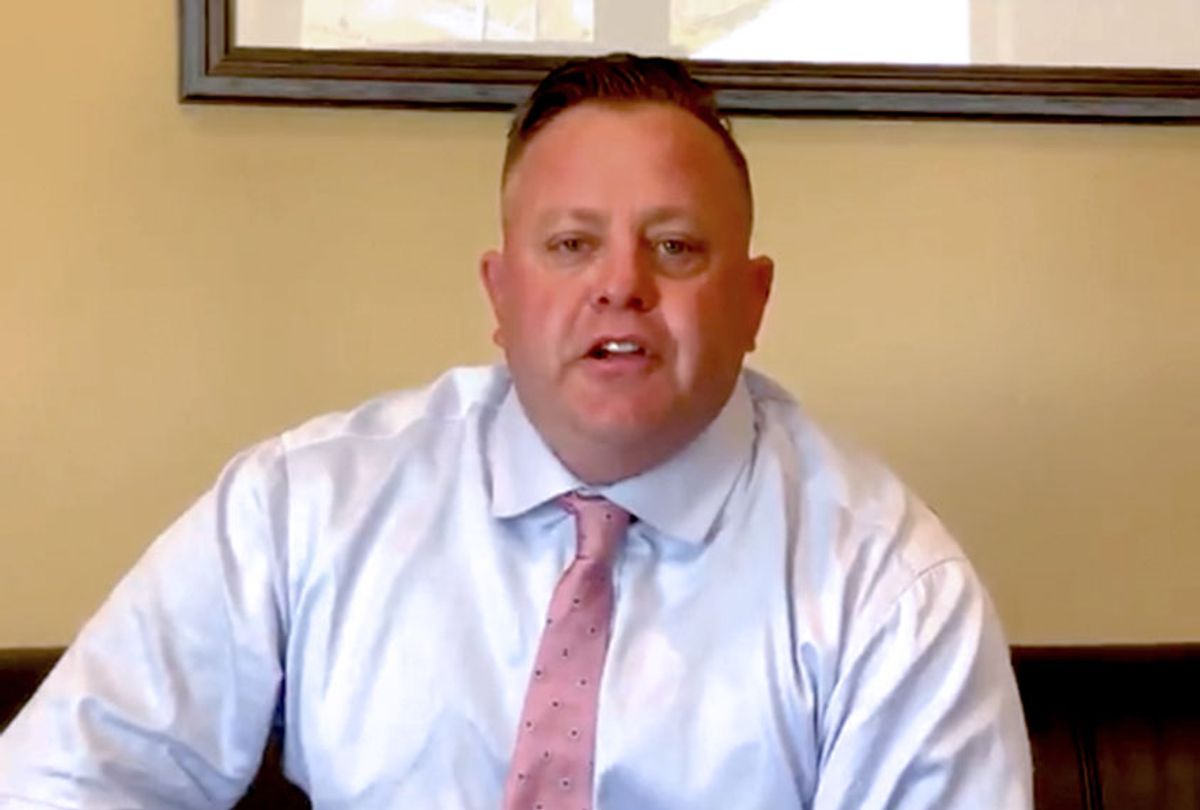 Robert Hyde, a Trump-loving Republican congressional hopeful from Connecticut who was implicated in text messages with former Rudy Giuliani henchman Lev Parnas, posted a bizarre conspiratorial rant on Friday in which he claimed to have been set up by Rep. Adam Schiff (D-CA).

In a video posted on his own Twitter account, Hyde accused Schiff of trying to "f*ck with me" by having a man pretending to be a Ukrainian operative contact him about surveilling and possibly either kidnapping or assassinating former American ambassador to Ukraine Marie Yovanovitch.

"Come on, Adam Schiff, who was providing me that intel of me in Ukraine spying on Marie Yovanovitch?!" he shouted at the camera. "You're a scumbag, Adam Schiff, and the world knows it!"

In text messages between Hyde and Parnas released this week, the Republican congressional hopeful claimed that he was tracking Yovanovitch through her computer and phone. Hyde also suggested that unspecified "security forces" could deal with Yovanovitch "if you want her out."

Hyde's strange texts reportedly earned him a visit from the FBI earlier this week.