640,000 tons of books end up in landfills — but your used books don't have to succumb to such a fate 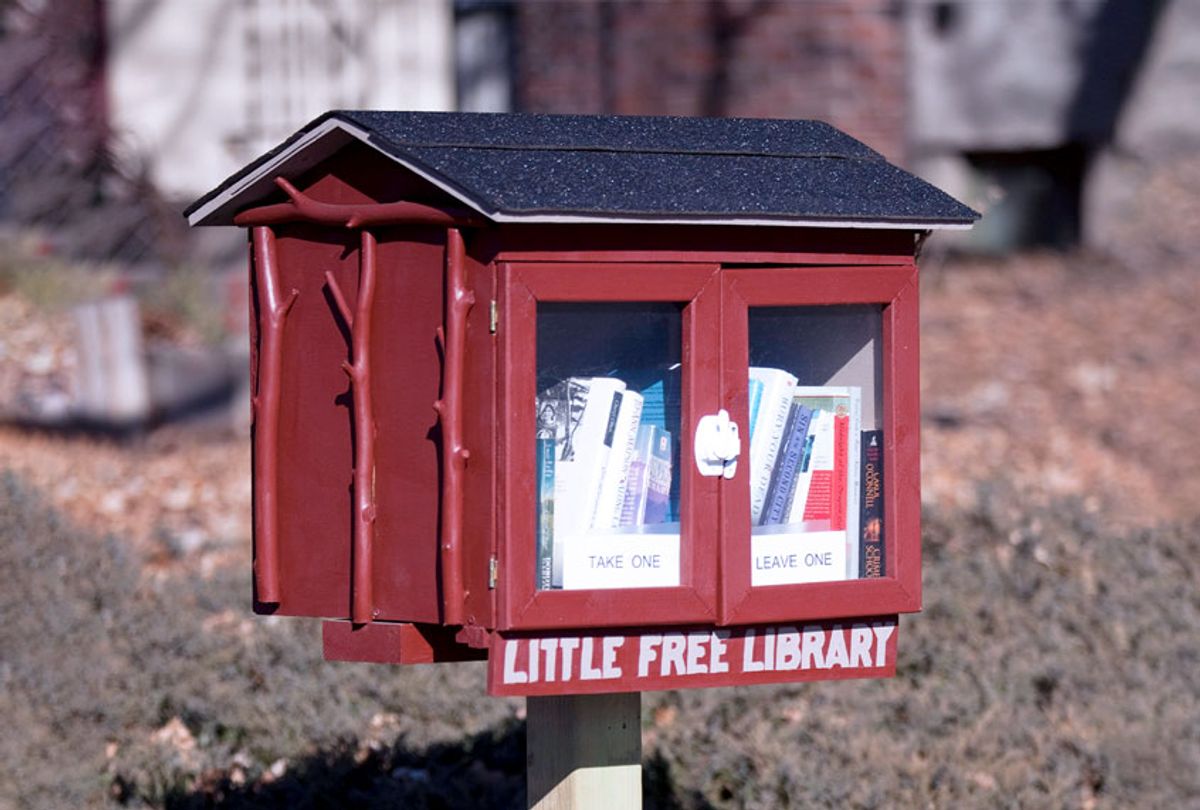 When you start to dig into the number of books that are thrown away annually, the reported numbers are staggering. According to a 2012 National Wildlife Federation-sponsored report by Laura S. Hickey and Kristy Jones, at least 640,000 tons of books are sent to the landfill on a year-to-year basis.

"At an assumed average weight of 4 pounds each, that equates to approximately 320 million books that are discarded each year and not being recycled," they wrote.

Given New Year's resolutions to declutter and spring cleaning come March, you may soon find yourself with boxes of books that no longer have a place on your shelf. So what are the best ways to ensure they don't end up decaying in a landfill?

Industry members have some suggestions. Anne Rumberger, the marketing manager for Verso Books, says their press doesn't have a ton of leftover books — they publish about 130 books a year and only do galleys for review for a fraction of those — but they do have plans in place to ensure they find a home.

"We are conservative about printing galleys, they are expensive to print," she said. "We usually print between 40 and 150 copies. With leftover galleys, we often donate them to prison education programs, give them away to local used bookstores like Unnamable Books and Housing Works, and offer them free to people who come to our office for events, meetings and reading groups."

Here are some other ways to get your well-loved books to other eager readers:

Many library branches, or their associated nonprofit programs, do take donations during specific times of the year; Friends of the San Francisco Public Library is exemplary in this regard. Books and media that are donated to the organization are resold online, in physical Friends bookstores and in special book sales. The profits — they earn over $1.3 million in revenue — are used to augment the Friends' annual gift to the San Francisco Public Library.

Several librarian friends warn not to waltz into your local library with a box of books. Libraries may not have the room or immediate need for the donations, and your books will end up unused (albeit in a different location).

Another kind of library to consider is a Little Free Library.

As Dan Greenstone wrote for Salon in his delightfully wry description of his family's experience with the program, "Little Free Library originated in Hudson, Wisconsin, in 2009, when Todd Bol built a wooden box with a glass door, modeled on a one-room schoolhouse, in honor of his mother's career as an educator. He nailed the box to a post in his front yard and stuffed it with books. The idea spread and in 2012 Little Free Library incorporated as a non-profit. By January of 2016, there were at least 36,000 Little Free Libraries across the globe."

The program is supposed to exist as a community "take a book, return a book" hub. As Greenstone found out, that wasn't always  (or even often) the case. There's a lot of taking with no returns, so replenishing the stock of a Little Free Library in your neighborhood — or starting one of your own — could go a long way.

I've always been really taken by the Icelandic tradition of Jolabokaflod, or the "Christmas Book Flood." In the country, the majority of book purchases take place between September and early December, as they are a holiday mainstay.

The tradition has made its way to the States as some people, like Alan Cornett, are using it as a framework to part with unwanted books.

"In December I organized a Jolabokaflod book exchange on Twitter," Cornett said. "We had about a dozen people involved. Everyone sent and received at least one book they already owned to someone else around the country."

Social media also makes organizing a physical book swap — held at someone's home or a community center — really simple. Everyone can bring a book or two that they are finished with, and leave with something new to read.

Drop some off at your local used bookstore

As suggested by Rumberger, a simple way to get unwanted books off your shelf and into the hands of someone who wants them is by taking them to a used book store. There are trusted franchises like Half-Price Books, which have over 120 locations nationwide, and great local stores.

Research "Books to Prisoners" and similar programs near you

Started in 1973, Books to Prisoners is a Seattle-based nonprofit organization that fields approximately 3,000 book requests a month from incarcerated individuals. According to their website, "The most popular requests are dictionaries, thesauruses, African American history and fiction, Native American studies, legal materials, GED materials, and foreign language learning materials (particularly Spanish)."

Other common requests include books on paranormal phenomena, textbooks, paperback genre fiction such as sci-fi and horror, RPG books like Dungeons & Dragons and art and drawing books — including blank notebooks.

You can ship up to two boxes of books to the organization at a time. They request that donors include $35 with the shipment as a way to defray their sorting and shipping costs.

Many cities have similar, more regionally-focused versions of this program. The website Send Books to Inmates provides a state-by-state breakdown of how to donate directly within your local prison system.

Find youth-oriented programs in your community

Nonprofits like the New Jersey-based Bridge of Books provide a nice framework when it comes to considering where to donate used children's and young adult books in your community. Bridge of Books accepts donations from the community, and then redistributes the books to organizations that include: childcare centers, family centers, youth organizations, adoptive service groups, schools and the New Jersey Youth Corps.

Children's hospitals also often post wish-lists that include specific titles and types of books — like board and pop-up varieties — that patients and their parents request.