Ozzy Osbourne opens up about suffering from "miserable" Parkinson's disease

The former rocker has been dealing with the progressive nervous system disorder, which affects movement and speech 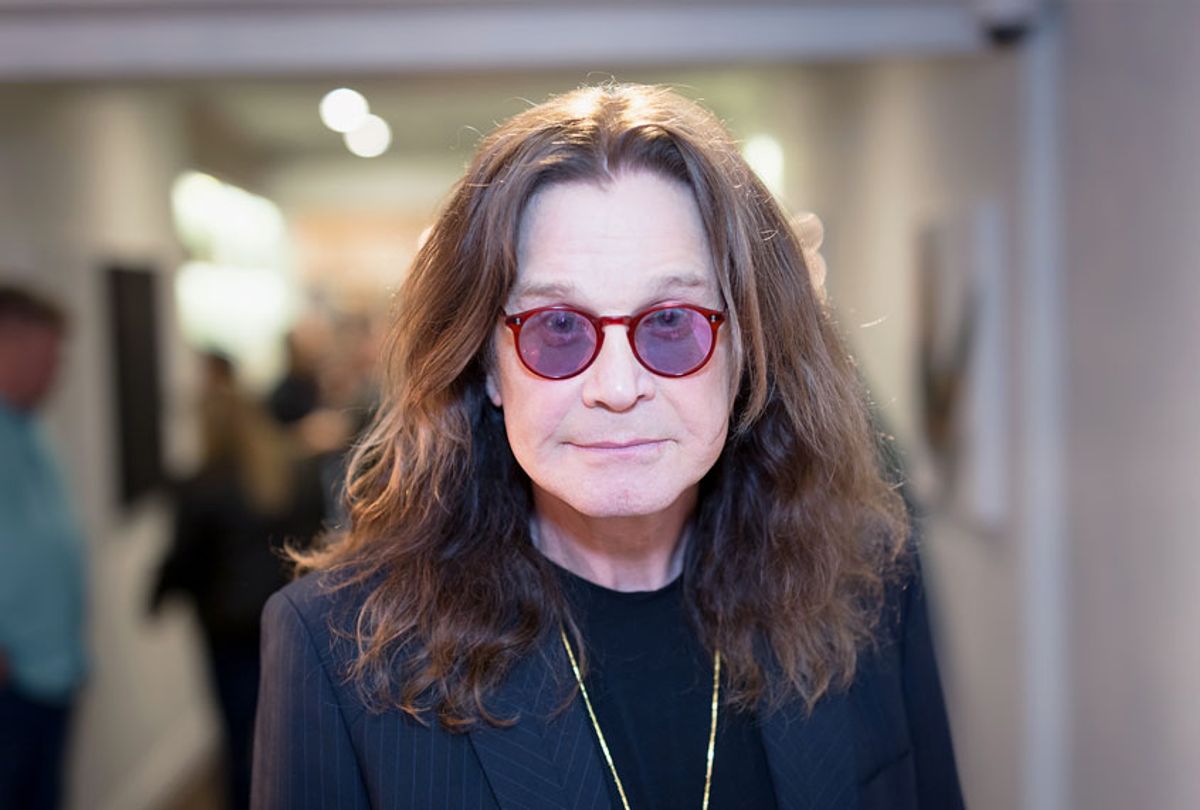 Ozzy Osbourne, the former lack Sabbath frontman as well as a successful solo musician and reality TV star, opened up to "Good Morning America" on Tuesday about being diagnosed with Parkinson's disease, which has slowed him down considerably.

"Coming from a working class background, I hate to let people down," Osbourne said in the interview below. "I hate to not do my job. And so when I see my wife going to work, my kids going to work, everybody's doing their touring, that gets me down. Because I can't contribute to my family, but I'm a lot better now than I was last February. I was in a shocking state."

Osbourne also described the disease as "miserable," telling "Good Morning America" that "it's not a death sentence by any stretch of the imagination, but it does affect certain nerves in your body. It's like you have a good day, a good day, and then a really bad day."

According to the Mayo Clinic, "Parkinson's disease is a progressive nervous system disorder that affects movement. Symptoms start gradually, sometimes starting with a barely noticeable tremor in just one hand. Tremors are common, but the disorder also commonly causes stiffness or slowing of movement."

The clinic added, "In the early stages of Parkinson's disease, your face may show little or no expression. Your arms may not swing when you walk. Your speech may become soft or slurred. Parkinson's disease symptoms worsen as your condition progresses over time."

Other celebrities who've been open about their own Parkinson's diagnosis include actors Michael J. Fox and Bob Hoskins, and singer Linda Ronstadt.

In the same interview, Osbourne gave credit to his daughter Kelly for helping him, saying, "She's the one. If it wasn't for her, I'd still be lying on the couch."

Kelly Osbourne herself also opened up, tearfully describing how "the hardest thing is watching somebody that you love suffer. It's kind of become a bit of a role reversal for us, where we have to be like 'Snap out of it.' We have to all admit what's happening here so that we can get over this. And it took a while for everyone to be on the same page."

Son Jack revealed his own recent diagnosis with multiple sclerosis and how that has informed his relationship with his father.

"I mean, I understand when you have something you don't want to have. I don't push it. If he wants to talk about it, he talks about it," Jack Osbourne said.

Despite his illness, Osbourne plans on starting a concert tour in May, with the family saying that going to the studio and interacting with fans makes Osbourne happy and is therefore healthier for him than staying at home.

KISS member Paul Stanley tweeted his support for Osbourne, writing that "My Love, Support And Prayers For The One And Only Prince Of Darkness OZZY OSBOURNE. You Have MILLIONS By Your Side. @OzzyOsbourne @MrsSOsbourne"

Despite the Black Sabbath heyday having long passed, Ozzy Osbourne achieved broader pop culture fame on TV. In the reality show "The Osbournes" (2002-2005), the clan put their life on display for comedic effect with attention given to Ozzy's slurred speech (unrelated to his current diagnosis) and reliance on his wife Sharon.

Watch the video of Osbourne's appearance below: