Trump rebukes Greta Thunberg and climate activists: "We must reject the perennial prophets of doom"

"Our house is still on fire," Greta Thunberg tells those assembled at the World Economic Forum in Davos 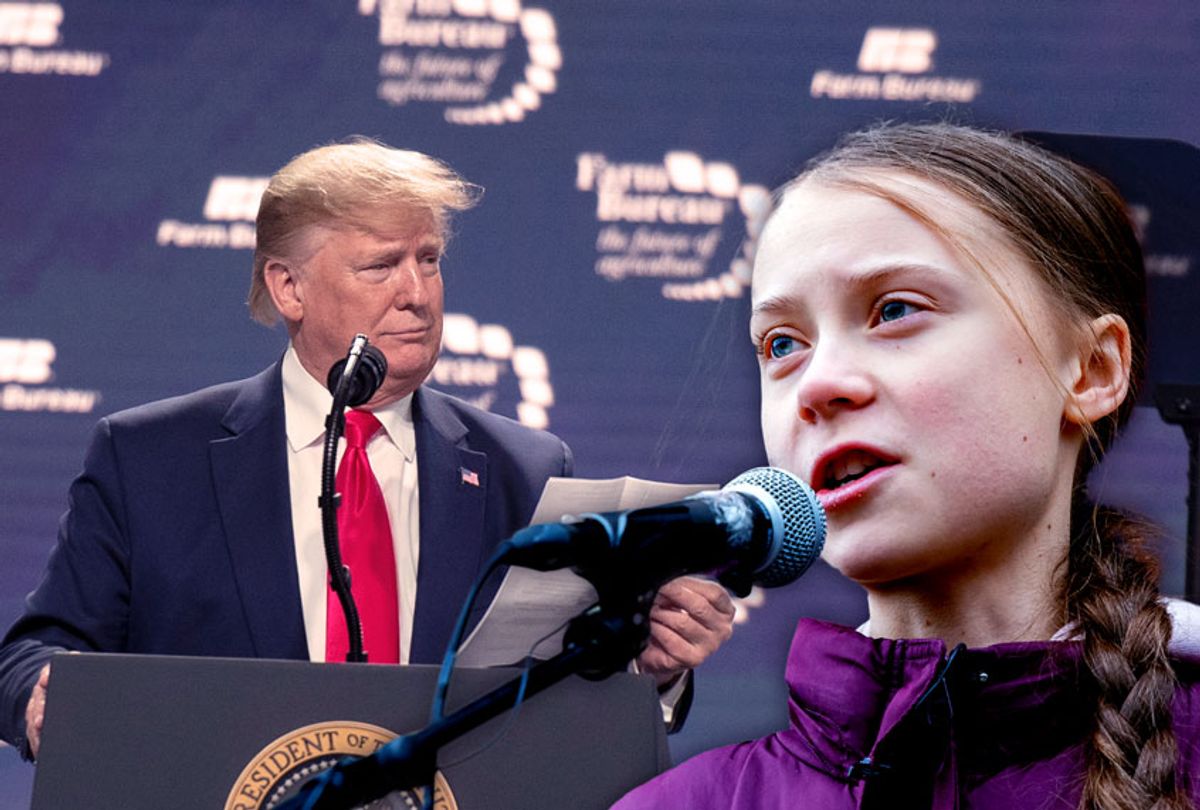 Greta Thunberg, the Swedish teenager who has emerged as an outspoken activist in the fight to combat global warming, told the wealthy and powerful assembled at the World Economic Forum in Davos that their inaction was "fueling the flames by the hour."

"I wonder, what will you tell your children was the reason to fail and leave them facing the climate chaos you knowingly brought upon them?" Thunberg asked Tuesday during the annual summit as she introduced a panel discussion co-hosted by The New York Times.

Thunberg added, "Our house is still on fire. Your inaction is fueling the flames by the hour."

The young activist also chided the Davos attendees for setting goals, which she vowed would be insufficient in addressing climate change.

"To embrace the possibilities of tomorrow, we must reject the perennial prophets of doom and their predictions of the apocalypse," Trump said in Davos. "They are the errors of yesterday's fortune tellers, and we have them and I have them. And they want to see us do badly, but we don't let that happen."

Also on Tuesday, Trump had told The Wall Street Journal claimed that "I don't really know anything about" Thunberg, who he described as "very angry." This was not the first time that Trump has denied knowing about someone seemingly at odds with his political narrative.

It is also not the first time that Trump and Thunberg have clashed. The president tweeted last month that Thunberg was "so ridiculous. Greta must work on her Anger Management problem, then go to a good old fashioned movie with a friend! Chill Greta, Chill!"

Thunberg, in an apparent response to the president's tweet, changed her Twitter profile to describe herself as "a teenager working on her anger management problem. Currently chilling and watching a good old fashioned movie with a friend."

Thunberg was selected as Time Magazine's Person of the Year in December, with the publication writing that "when she first heard about global warming as an 8-year-old, Thunberg says she thought, 'That can't be happening, because if that were happening, then the politicians would be taking care of it.' That they weren't is precisely what motivated her to act, as it has youth the world over who are forcing us to confront the peril of our own inaction, from the student-led protests on the streets of Santiago, Chile, to the young democracy activists fighting for rights and representation in Hong Kong to the high schoolers from Parkland, Fla., whose march against gun violence Thunberg cites as an inspiration for her climate strikes."