“Every Republican on the three investigative committees was allowed to participate in the depositions," Schiff said 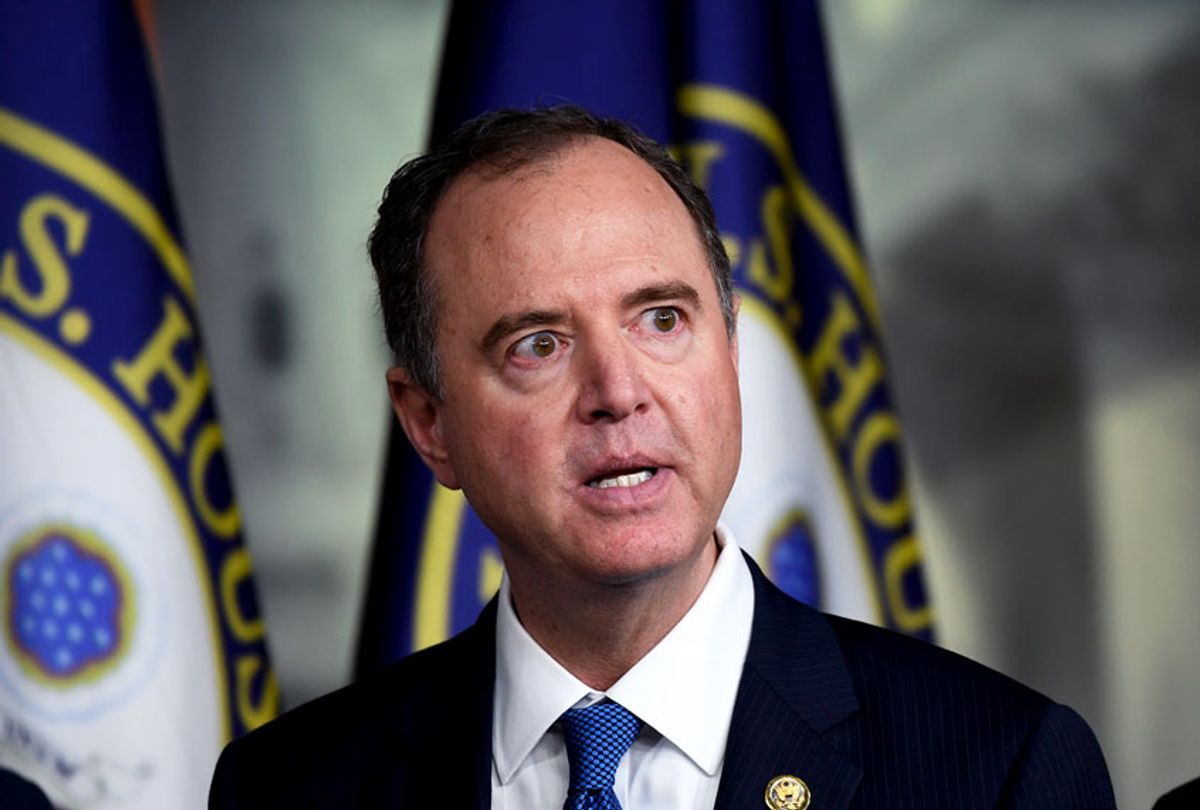 Cipollone falsely claimed that the House committees leading the impeachment inquiry blocked Republican members from entering a secure facility on Capitol Hill where the depositions took place while the two sides debated tamendments proposed by Senate Minority Leader Chuck Schumer, D-N.Y., all of which were voted down.

"Not even Schiff's Republican colleagues were allowed into the SCIF," Cipollone falsely claimed, referring to the "sensitive compartmented information facility" where witnesses were interviewed.

Cipollone's claim echoed the complaints of Rep. Matt Gaetz, R-Fla., who infamously led a group of House Republicans to storm the SCIF in a quest for access, even though dozens of Republicans who sit on the committees participated in every session.

The claim, which Politifact rated false, was quickly rebuked by Schiff.

"Mr. Cipollone made the representation that Republicans were not even allowed in the depositions conducted in the House," he said. "Now, I'm not going to suggest to you that Mr. Cipollone would deliberately make a false statement. I will leave it to Mr. Cipollone to make those allegations against others."

"I will tell you this: He's mistaken," Schiff continued. "Every Republican on the three investigative committees was allowed to participate in the depositions. More than that, they got the same time we did."

Cipollone also made false claims about the timeline of the House impeachment inquiry.

"Let's remember how we all got here: They made false allegations about a telephone call. The president of the United States declassified that telephone call and released it to the public. How's that for transparency? When Mr. Schiff found out that there was nothing to his allegations, he focused on the second telephone call," he claimed on the Senate floor.

Schiff and House Democrats neither sought the release of the second, earlier call between Trump and Ukrainian President Volodymyr Zelensky, which the White House released on its own. They have only mentioned it during the proceedings to note that Trump never mentioned the corruption, which he now claims he was concerned about.

The comments echoed a frequent false claim made by Trump, that Schiff made up the contents of the call which were debunked when the White House released the Zelensky call. In fact, the Zelensky call was first released after a whistleblower reported the Ukraine pressure campaign to senior officials and Schiff read what he described as a "parody" version of the call after the transcript was already released.

Cipollone also used the first day of the trial to claim that Trump, who has made more than 16,000 false claims, according to The Washington Post, is a "man of his word."

Twitter users noted that the comment might be the "most ridiculous thing ever said about Trump" and the "biggest lie ever to be said on the Senate floor."