"We tend to think that was all a campaign ploy. After all, McSally is behind Democrat Mark Kelly in the polls" 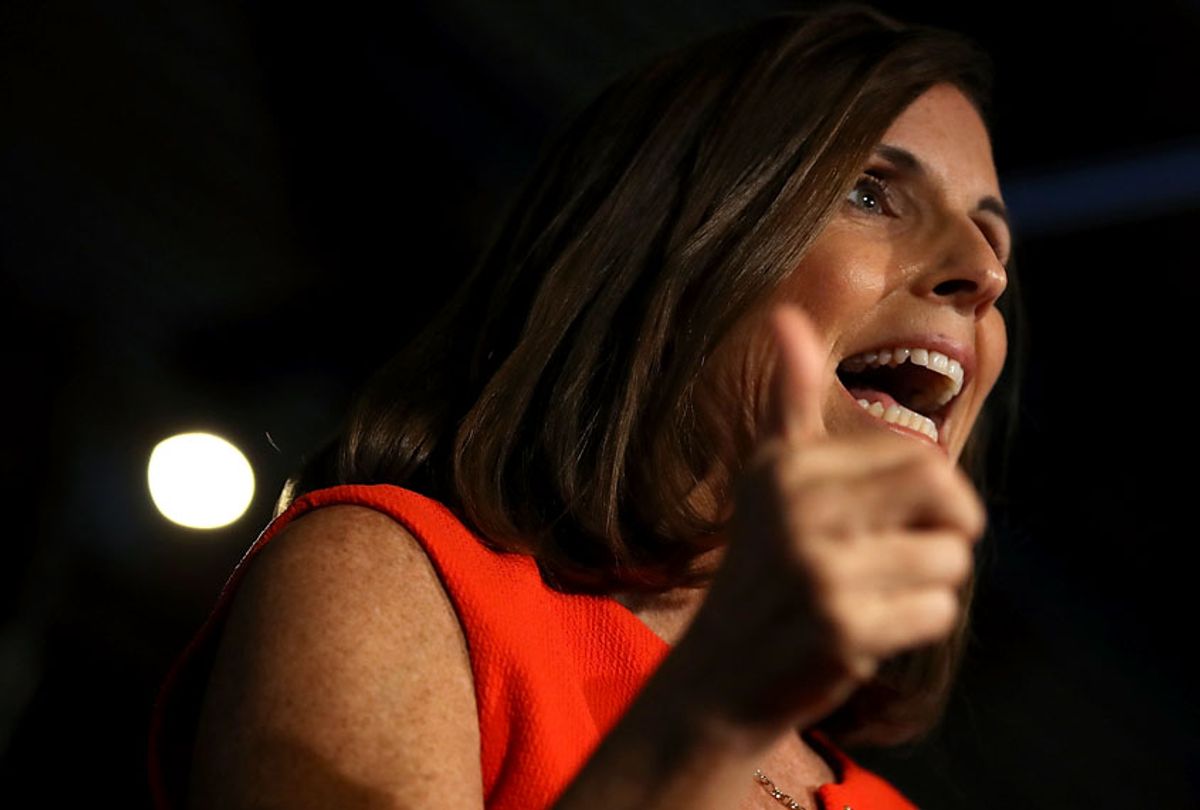 Sen. Martha McSally has been widely criticized for insulting CNN reporter Manu Raju last week. When Raju, on January 16, asked the Arizona Republican whether or not new evidence should be allowed in President Donald Trump's impeachment trial, McSally responded, "You're a liberal hack. I'm not talking to you. You're a liberal hack." And some of the criticism is coming from McSally's home state, where the Eastern Arizona Courier has liked her behavior to that of a "third grader on the playground."

McSally's attack on Raju obviously wasn't an example of someone having a bad day, losing her temper and feeling bad about it later: the Arizona senator has posted a video of the exchange online and bragged about it on Twitter. And the Eastern Arizona Courier's editorial board sees the insult as a shameless, calculated attempt to endear herself to the Trumpian far right.

"McSally herself released a video one of her staffers recorded of the exchange — a recording that started well before Raju asked his question, which makes us think that McSally's response was preplanned, no matter what Raju was going to ask," the Eastern Arizona Courier's editorial board observes. And the editorial goes on to say, "Given that the McSally video was immediately used for fundraising and to solicit support from the president — it did — we tend to think that was all a campaign ploy. After all, McSally is behind Democrat Mark Kelly in the polls and is lagging behind him in fundraising. So, she needs to do something."

In 2018, McSally lost to centrist Democratic Sen. Kyrsten Sinema in Arizona's U.S. senate race. But she was later appointed to the U.S. Senate seat once held by the late John McCain, whose conservative daughter, Meghan McCain, has often spoke highly of Sinema. McSally is seeking reelection this year, and polls have shown Kelly (the likely Democratic nominee) with single-digit leads.