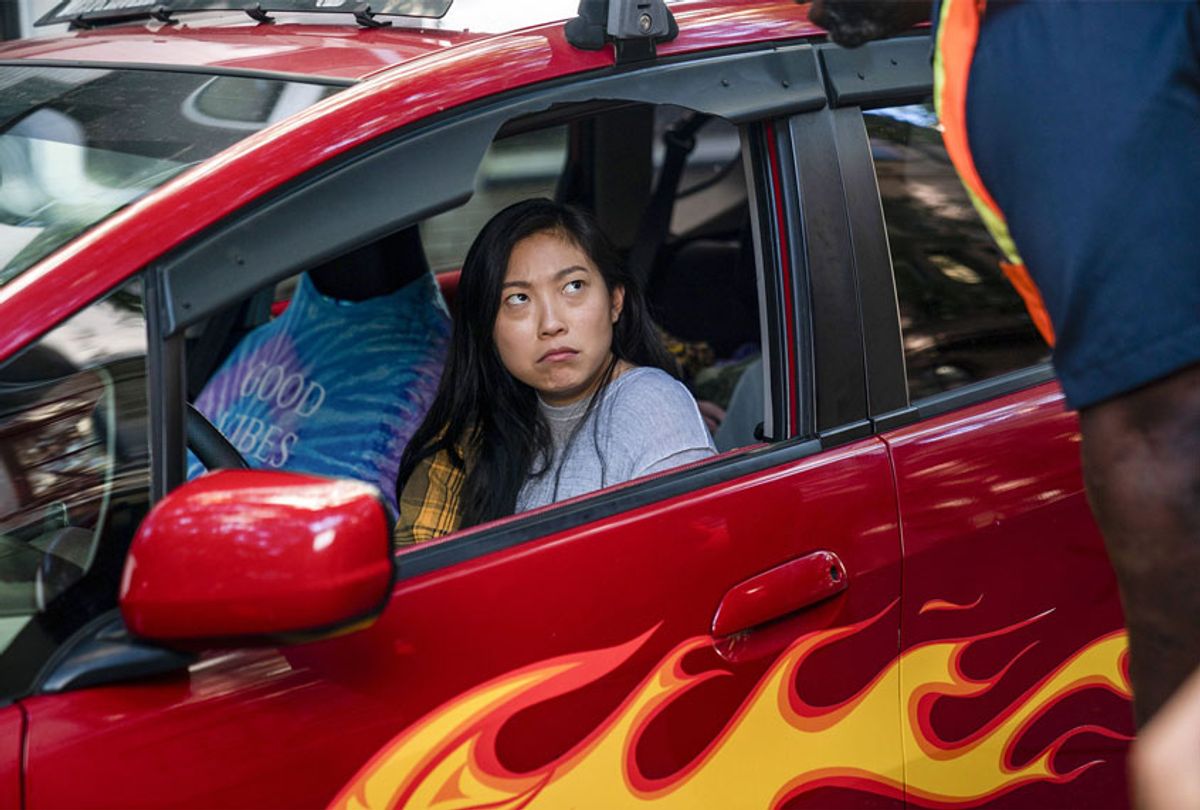 Some may believe Awkwafina, star of Comedy Central's "Awkwafina Is Nora From Queens," fits the definition of an arrival-from-obscurity star. This is only true if you think of YouTube as a bastion of obscurity, which it hasn't been for quite so time, and if you don't realize that there's no such thing as an overnight sensation. Nearly every celebrity who appears to have exploded into fame from nowhere has a backstory involving years of anonymously slaving away and striving for their big break.

Awkwafina, the celebrity pseudonym adopted by Nora Lum, has been rapping since she was a teenager. At best one could call her trajectory from a raspy-voiced YouTube rapper who scored a viral hit in 2012 with "My Vag" to cable sitcom star and Golden Globe winner unconventional. Then again, that's an accurate way of describing her in general.

Her entire hip-hop persona exists to blast away stubborn stereotypes about Asians in general and Asian women in particular.  During the short time audiences have gotten to know her in movies such as 2018's "Oceans 8" and "Crazy Rich Asians," she's honed a comedy style reminiscent of a fast-talking character in a classic Spike Lee joint.

By way of "The Farewell" Awkwafina shows herself to be capable of broader dramatic variation too, and that film's nuanced showcase of her subtler personality garnered her this year's Best Actress Golden Globe.  That well-deserved win should have placed her in contention for an Oscar. For a number of reasons – none having anything to do with the caliber of her performance – that didn't happen.

Now we have "Awkwafina Is Nora From Queens," which is both a return to her ebullient, physical comedic personality and yet another showcase for her versatility.

It's possible that Nora Lum could have been Nora Lin if some important showbiz personalities hadn't discovered her YouTube videos; her posting of "My Vag" got her fired from her job as a publicity assistant at a publishing house. Then again she's also since admitted that her art was all that mattered to her, so perhaps worldwide domination was inevitable for Ms. Lum.

Anyway, Nora Lin doesn't lack ambition. She's directionless. Each episode of "Nora From Queens" revolves around some face-first tumble into a mishap of her own making beginning with her car getting impounded. This setback is the device that informs most of the season's episodes as Nora jumps into various schemes in order to get her most valued possession returned to her, leading her to flirt with insane (but productive) addictions to Adderall, an exciting adventure to Atlantic City ,and an assortment of other barely legal or flat-out illegal schemes.

Comedy Central viewers will find a numerous similarities between "Nora From Queens" and the recently departed "Broad City," and that's no accident – Lucia Aniello, who directed and wrote for "Broad City" is an executive producer on Awkwafina's comedy, and the aesthetics of both series bear a close resemblance to one another.

That's not necessarily a knock on "Nora From Queens." In fact, the association almost implies that Nora exists in the same universe as "Broad City" characters Abbi and Ilana. The main difference is that Nora's family allows her the luxury, if one could call it that, to be even more downwardly immobile than those other struggling millennials. Seeing her successful cousin (Bowen Yang) thrive in his career as she stalls out only accentuates how dedicated she is in failing to launch.

"Nora From Queens" may not break any new ground in the realm of situational comedy or represent the platform from which its leads will burst forth into stardom; she's already there. So is Yang, whose profile is already in ascension after being elevated to the main cast of "Saturday Night Live." But I'd posit it doesn't necessarily need to do tick either of those boxes to succeed. Like Awkwafina herself, the show's charm and warm humor smoothly carry it, and its star channels both of those qualities into every moment, whether she's being rowdy, dirty, or introspective.

Awkwafina also very purposefully shares her shine with her co-stars, allowing Chinn's jovially punchy, raunchy grandma to be the scene-stealer this time. Wong, fresh off of an extraordinary run as the chilling White Rose on "Mr. Robot," strikes a lovable middle level between stern and loving as Nora's father, a widower still mourning the death of his wife. His patience with his stalled-out daughter plainly comes from a sense of his own hesitancy to move forward in life. Chinn's grandma, meanwhile, appears to simply enjoy the company of a granddaughter who is as strange and erotically obsessed as she is.

Comedy Central already has picked up a second season of "Nora From Queens." More than a wise choice based on the shape of Season 1, it's also the only option the channel has if it wants to keep such a bright star within its system. (See: Donald Glover and FX.)

This also means "Nora From Queens" has time to smooth out its relative ungainliness; all of its episodes are funny, but some are noticeably tighter than others. But this is only a matter of the writers figuring out what Nora Lum cannot seem to, and that is what it wants to become and how it intends to stand out in a very crowded world.