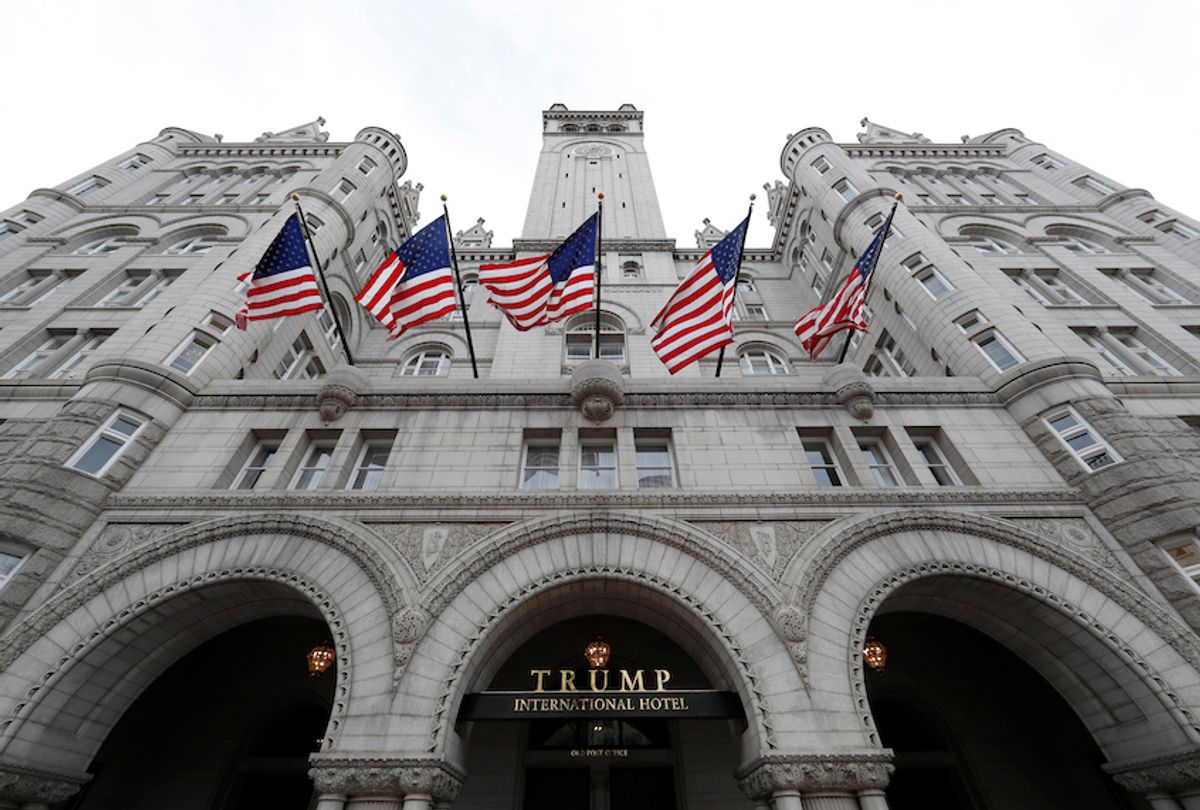 On Wednesday, Karl A. Racine, attorney general for the District of Columbia, made an announcement: Racine, according to the Washington Post, is suing President Donald Trump's inaugural committee for allegedly violating its nonprofit status.

The alleged violation, the Post's Jonathan O'Connell reports, is that Trump's inaugural committee spent more than $1 million to book a ballroom in Trump's Washington, D.C. hotel. The committee, according to O'Connell, booked the ballroom for $175,000 a day prior to Trump's January 2017 inauguration as president and also spent more than $300,000 in food and beverage costs — and did so "over the objections of its own event planner," O'Connell reports.

After Trump was elected in November 2016, the committee was formed to organize events pertaining to his inauguration. But Racine alleges that the committee "abandoned this purpose and violated District (of Columbia) law when it wasted approximately $1 million of charitable funds in overpayment for the use of event space at the Trump hotel."

In his complaint, Racine alleges that "these charges were unreasonable and improperly served to enrich" Trump's businesses.

This isn't the first time Racine, a Democrat, has brought a lawsuit against Trump. In an earlier lawsuit, Racine and Maryland Attorney General Brian Frosh alleged that Trump violated the Emoluments Clause of the U.S. Constitution by doing business with foreign governments.