"Fox & Friends" tell viewers to skip "boring" Trump trial: “We watched so that you don’t have to"

“There were snippets, and we’re showing you the good stuff,” co-host Steve Doocy told viewers Wednesday 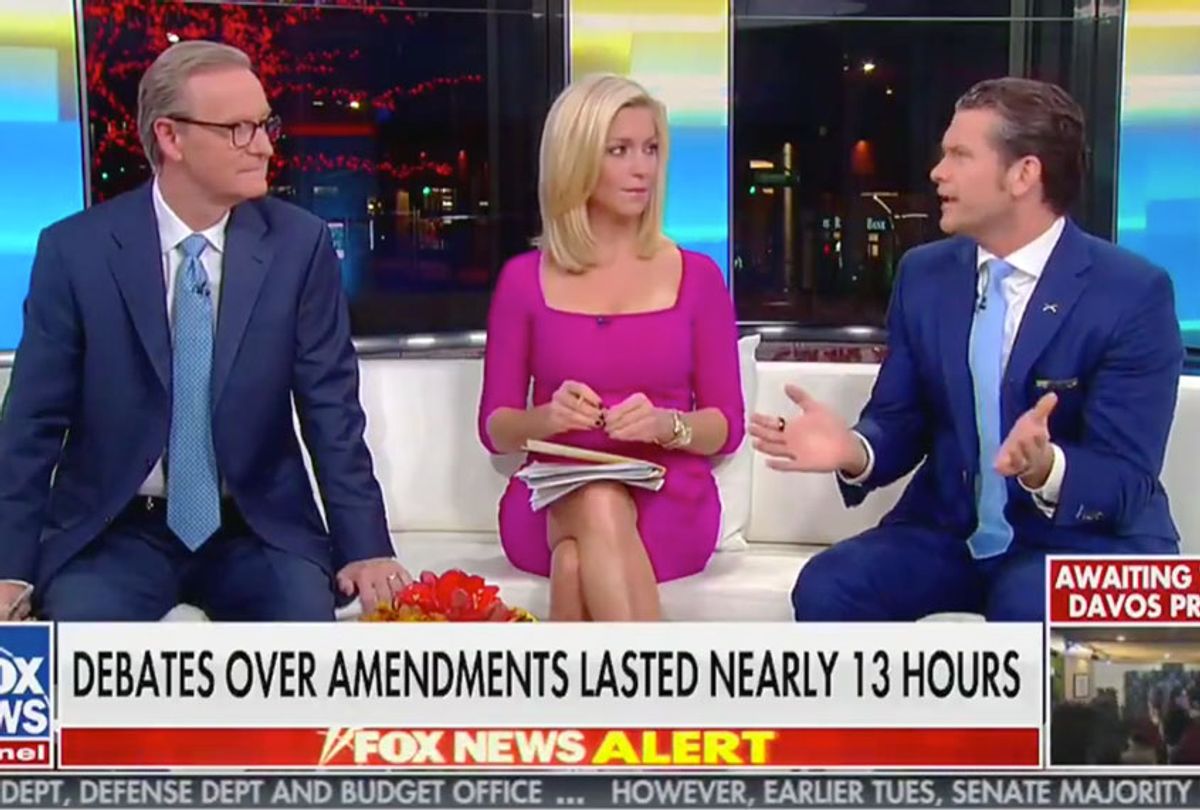 Fox News hosts assured viewers who hadn't tuned in to the first day of the impeachment trial that they hadn't missed anything.

The hosts of "Fox & Friends" told their viewers that Day One of President Donald Trump's impeachment trial was long, opaque and ran well into the morning hours — which Senate Majority Leader Mitch McConnell insisted upon.

"There were snippets, and we're showing you the good stuff," said co-host Steve Doocy. "It was unbelievably boring. I don't know how people can follow it."

Co-host Ainsley Earhardt summed up the first day by saying Republicans had approved the rules, but Democrats insisted "over and over and over" that they wanted additional witnesses, and co-host Pete Hegseth assured viewers they didn't need to watch themselves.

"We watched so that you don't have to watch the entire thing," Hegseth said. "If you watched it, you felt like you were watching opening arguments — those haven't even started yet. This is just the debate over the rules. I was sitting back watching last night thinking, this is a circus. My wife Jen corrected me — at least sir curses are entertaining. This is just a show, you know how it's going to end, 53-47 on every vote."

Earhardt reassured viewers who hadn't tuned in that they weren't alone.

"I don't think the majority of people watched," she said. "I think they just turn to us to be able to summarize it for them because it was so long."