"You haven't answered my question. You're kind of pivoting off it," Wallace told Conway during the exchange 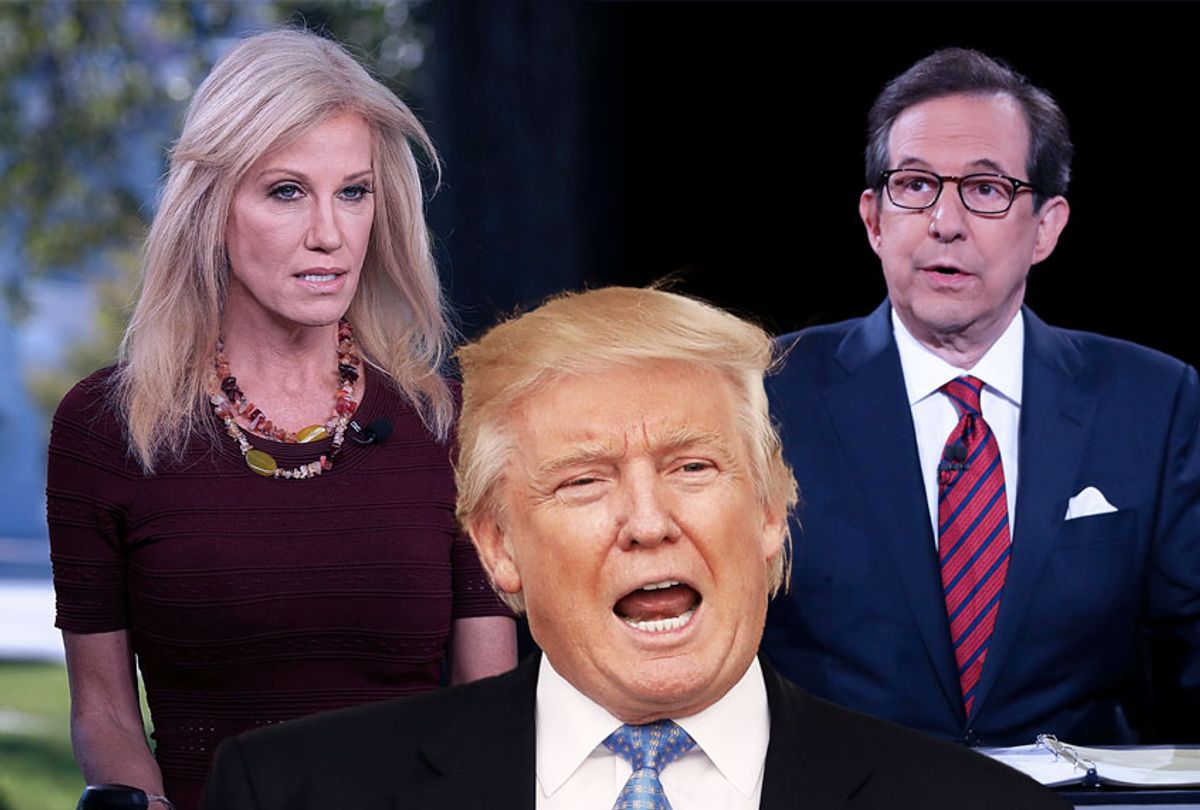 Fox News anchor Chris Wallace called out White House counsel Kellyanne Conway for dodging his question about a possible link between President Donald Trump withholding $391 million in aid to Ukraine and his request that the European country open an investigation into his political rivals.

"You haven't answered my question. You're kind of pivoting off it," Wallace told Conway during the exchange Tuesday night.

Wallace reiterated his question about the timing of the Ukrainian aid, pointing out to Conway that Trump only released the aid after a whistleblower reported the contents of the president's July 25 phone call to Ukrainian President Volodymyr Zelensky and Democrats moved forward with an investigation.

Earlier in the interview, Wallace told Conway while although Trump "has given far more lethal aid [to Ukraine] than the other president, President Obama, who gave blankets," that fact did not negate that "his particular ride to $391 million, which had been approved by Congress — certified by the Defense Department — that Ukraine was not corrupt. This president held it up. He releases it after the whistleblower story comes out — after Adam Schiff says he got caught — and he had delayed so long that Congress had to pass a new law to release the aid further."

After Conway accused Wallace of "knitting together" a timeline, the Fox News anchor pointed out that the timing was "clear."

Later during their conversation, Conway insisted that "nobody's presented any evidence that the president ever intended to not have Ukraine get that aid, and in fact, they have it."

Conway has aroused controversy before in her attempts to defend Trump during the impeachment scandal. She compared the president to Dr. Martin Luther King Jr., telling reporters Monday that it was not "within Dr. King's vision to have Americans dragged through a process where the president is not going to be removed from office — is not being charged with bribery, extortion, high crimes or misdemeanors. And I think that anybody who cares about 'and justice for all' on today or any day of the year will appreciate the fact that the president now will have a full-throttle defense on the facts."

Trump is the third president to be impeached, along with Andrew Johnson and Bill Clinton. Richard Nixon, though nearly impeached, resigned from office. Trump is accused of abuse of power for his efforts to pressure Ukraine into announcing an investigation into former Vice President Joe Biden and the Democratic National Committee, as well as obstruction of Congress.