Monty Python's Terry Jones: A comedian who made you think as well as laugh

The British filmmaker, who died at the age of 77, brought more depth and commentary to his work than people think 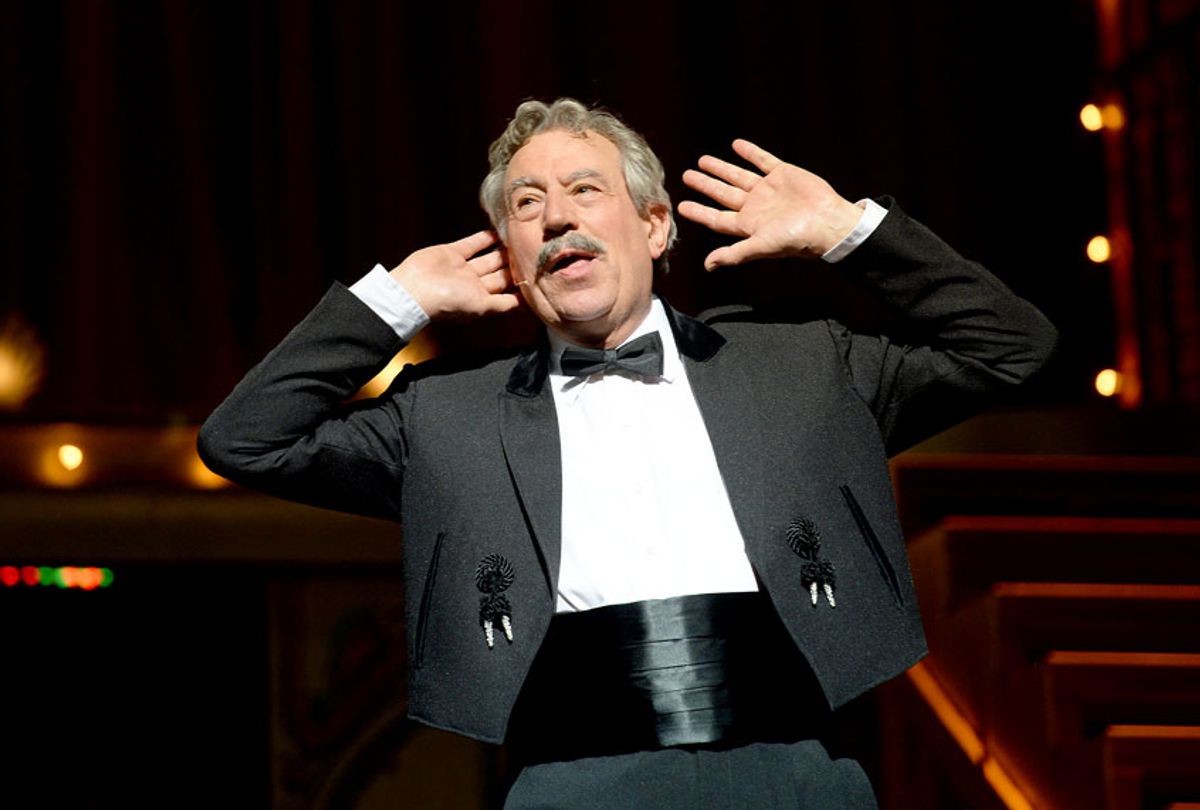 Terry Jones was more than just a comedy icon. He was, in many ways, a pioneer in the art of social commentary — of elevating his media of choice, cinema and television, into vehicles for making us think, no matter how silly the presentation was.

Terence Graham Parry Jones, who passed on Tuesday night in his North London home at the age of 77, was struggling with primary progressive aphasia, a neurological disease that causes communications impairment. He was born in Colwyn Bay, Denbighshire, Wales on February 1, 1942, to a bank clerk named Alick George Parry Jones and a homemaker named Dilys Louisa (Newnes).

Jones is best known as a founding member of the legendary British sketch comedy troupe Monty Python. The other members all went on to become comedy legends in their own right, including fellow Britons John Cleese, Graham Chapman, Eric Idle and Michael Palin and American Terry Gilliam. After contributing to the hit television show "Monty Python's Flying Circus," Jones went on to write and direct three of Monty Python's most famous movies — "Monty Python and the Holy Grail" in 1975, "Monty Python's The Life of Brian" in 1979 and "Monty Python's The Meaning of Life" in 1983.

It is these three films that deserve particular attention when assessing Jones' legacy. Each one aroused controversy in their own unique way. "The Holy Grail," which told an Arthurian legend about knights from Camelot searching for the legendary Holy Grail, upset British censors because of its frequent use of the phrase "Jesus Christ!," its gorier comedy set pieces, and a moment of profanity. Despite the mixed response it evoked from British censors, however, "The Holy Grail" took advantage of Jones' expertise on medieval history (he was a well-respected scholar in that field) to playfully subvert Arthurian legends. Even more provocatively, the film took shots at everything from militarism to authoritarianism as it proceeded with its story, and had the daring to end on an anticlimax instead of with the type of rousing finale most audiences had grown accustomed to expect.

Perhaps Jones' most controversial work as director, though was "The Life of Brian," which sent up the story of Jesus Christ's life by telling the tale of a man who lived near the supposed messiah and was mistaken for a divine figure himself. It was banned in Ireland and Norway, was met with protests in the United States and even experienced some controversy in the United Kingdom. The irony, of course, is that the movie itself was very respectful toward Jesus Christ himself. Instead it poked fun at the ease with which mobs can be manipulated, the absurd nonsense that will divide political militants and distract them from more important goals and the manner in which sheer bad luck can make the difference between a glorious destiny and an obscure, ignominious fate.

While "The Meaning of Life" was not nearly as controversial as "The Life of Brian," it also attempted to broach provocative topics through various vignettes. These included a song parodying the Catholic Church's conservative views on contraception, a disgusting sketch about gluttony with a particularly gruesome punchline and a breezy attitude toward philosophy and life-and-death questions that culminates in a (characteristically) anticlimactic conclusion explaining what "the meaning of life" really is.

Jones should not be remembered solely for his comedy, however. He took a particular interest in medieval English poet Geoffrey Chaucer's "Canterbury Tales," from which one of the most famous characters was that of a knight. In his 1980 book "Chaucer's Knight: The Portrait of a Medieval Mercenary," he argued that the concept of Geoffrey Chaucer's knight as the epitome of Christian chivalry ignored an uglier truth: That the Knight was a mercenary who worked for authoritarians that brutally oppressed ordinary people (an argument not dissimilar to the scene in which a peasant argues for democracy in "The Holy Grail"). He also collaborated with Robert F. Yeager, Terry Doran, Alan Fletcher and Juliet D'Or in a book about the mysterious death of Chaucer, and drew on his knowledge of history to scathingly attack America's war in Iraq in his 2005 book, "Terry Jones' War on the War on Terror." With British historian Alan Ereira, Jones collaborated on books about the Crusades, various prominent medieval figures and the supposedly "barbarian" tribes that lived during that period.

This is not the full extent of Jones' oeuvre, but it is enough to help us fathom the magnitude of the loss suffered on Tuesday night. In an era that seems to get increasingly dumbed down, Jones' legacy — both when he collaborated with other comedians and scholars or when he worked on his own — was to try to make us more intelligent, more well-educated, more thoughtful. He also strove, of course, to make us have fun, and whether it was by inspiring laughter or sharing his fascination with history, he had a gift for sharing his passions with others.

It is that last quality that makes Jones, and others like him, truly irreplaceable.

He is survived by his wife, Anna Söderström, and his children Sally and Bill (from a previous marriage) and Siri.