Several other senators "looked like they might have" nodded off during the first day as well, The Times reports 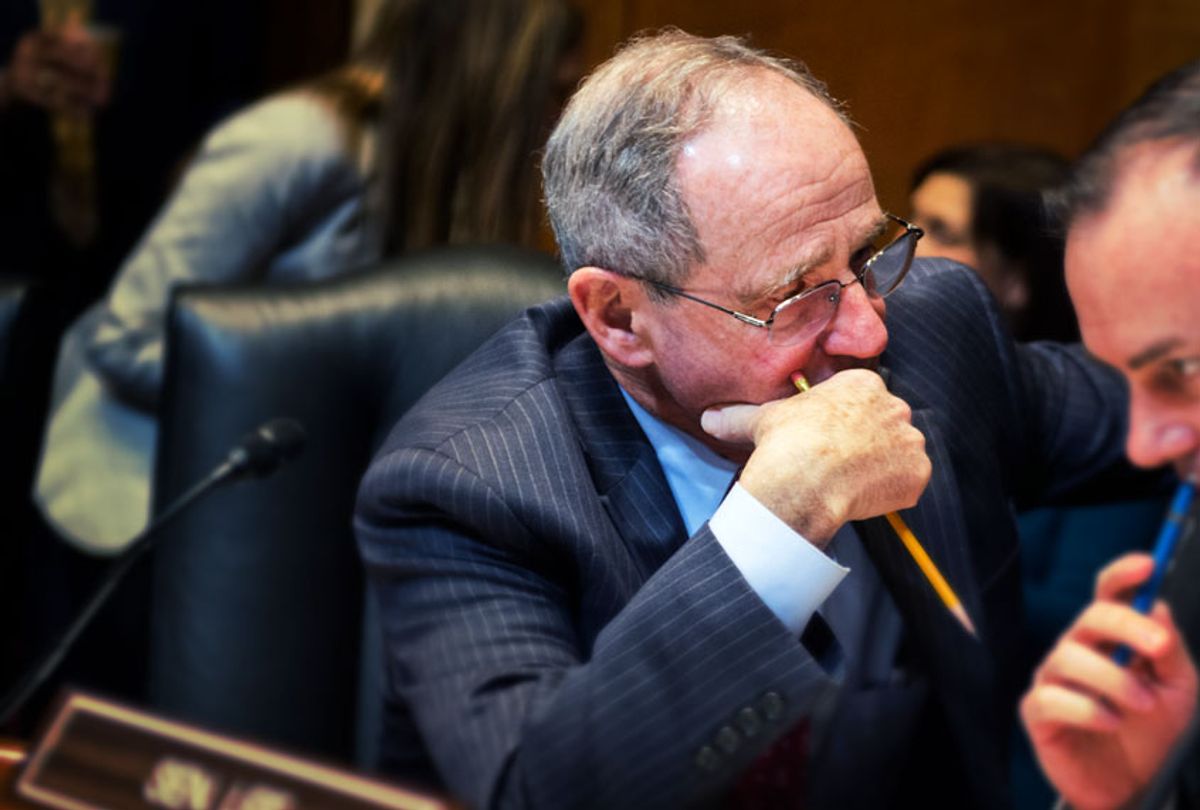 The first day of President Donald Trump's impeachment trial stretched late into the night, but at least one Republican senator appeared to fall asleep just hours into Tuesday's debate on amendments.

The first day stretched past 1 a.m. ET as Senate Democratic Leader Chuck Schumer, D-N.Y., introduced 11 amendments to allow witnesses and documents to be subpoenaed, all of which were defeated mostly down party lines.

Risch fell asleep for about 15 minutes, according to The Washington Post, which noted that he appeared to nod off for a "significant portion" of Demings' argument.

The Idaho Republican, who chairs the Senate Foreign Relations Committee, "could be seen from the press gallery motionless, with his eyes closed and head slumped against his right hand," The Post reported.

Media cameras were barred from the Senate chamber for the proceeding, but a New York Times sketch artist captured Risch nodding off between his Republican colleagues during the trial.

Several other senators "looked like they might have" nodded off during the first day as well, according to The Times.

A spokesman for Risch told the Wall Street Journal that the senator was just listening intently, which he does "with his eyes closed or cast down."

NBC News also reported that Risch was "sound asleep for the majority" of Demings' argument, adding there were "many yawns, including from Sens. Bernie Sanders, I-Vt., Amy Klobuchar, D-Minn., Roy Blunt, R-Mo., and Richard Shelby, R-Ala."

Risch "started tapping on his wristwatch," The Post reported. "When his tapping didn't work after about 30 seconds, Risch desisted — but still sat there with his watch-arm raised, emphatically staring at his wrist, the impeachment equivalent of sign language. About another 30 seconds later, Risch began tapping again — and this time, [Supreme Court Chief Justice John] Roberts seemed to better agree with his timekeeping, hitting his gavel to end Schiff's speech."

McConnell initially intended to schedule 12-hour days for both sides to present the arguments, which would have stretched the trial past midnight each day. But the majority leader ultimately relented and agreed to three eight-hour days for each side after pressure from some Republicans.

Klobuchar told MSNBC that she saw some Republicans "look down at their shoes" when strong arguments were made during the trial.

"To me, they look embarrassed," she said. "Because they know very well what was going on here … I just don't know why they would have this job and come here if they're not going to protect the Constitution."