Climate change is forcing a rift in the Murdoch family 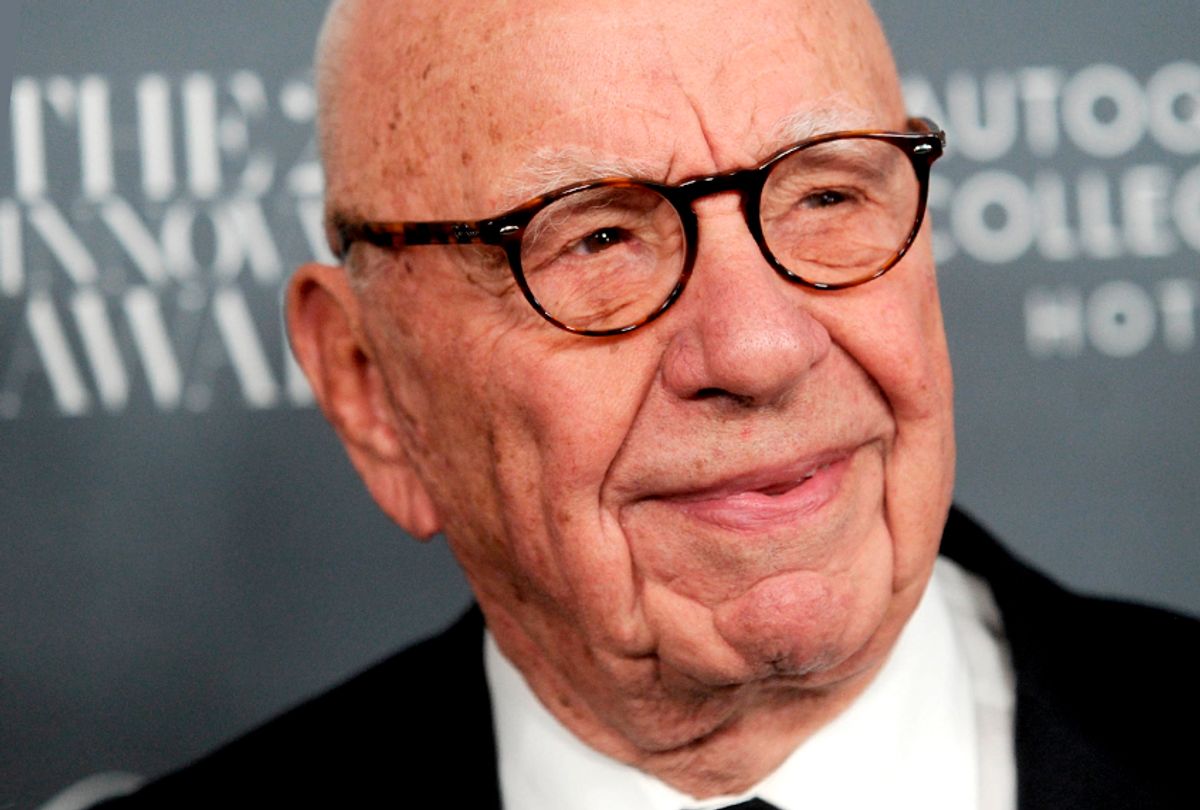 That wasn't the only inaccurate claim being bandied about by Murdoch's conservative news outlets in Australia and the U.S. while millions of acres burned and an estimated billion animals perished. Fox News spread the incorrect claim that 200 arsonists had set Australia on fire. News Corp, the linchpin of Murdoch's media empire, also pushed the false ideas that environmentalists were opposed to fire prevention measures and that this year's fires were not out of line with what's occurred in previous years. The latter claim is diametrically contrary to the science, which indicates rising temperatures are creating conditions ripe for prolonged mega-wildfires.

Murdoch is no stranger to criticism. In a recent op-ed, climate scientist Michael Mann called the mogul an "arsonist." A six-month New York Times investigation found the Murdoch family turned their outlets into "political influence machines" that "destabilized democracy in North America, Europe, and Australia." In 2011, Murdoch was denounced left and right when a tabloid he owned called News of the World shuttered after employees hacked into a number of phones, including the device of a recent murder victim.

But it is unusual for Murdoch to catch heat from his own family. In a dramatic turn of events, a spokesperson for Murdoch's son, James, said the scion felt "frustration" over the way his father's business covered the crisis on Wednesday. James and his wife Kathryn Murdoch are "particularly disappointed with the ongoing denial among the news outlets in Australia given obvious evidence to the contrary," according to the spokesperson's statement, which was first reported by the Daily Beast. Murdoch's decision to distance himself from his family's views on climate are notable in no small part because he was recently in line to take over the company — his brother, Lachlan, got the gig — and is on the News Corp board of directors.

The spokesperson's statement says that "Kathryn and James' views on climate are well established," and that's true. As chief executive of Sky, James pushed the British television service to go carbon-neutral. He invited former vice president Al Gore to give a lecture on climate change at a Fox corporate retreat. Meanwhile, Kathryn is, by any definition, a climate advocate. She's a trustee of the Environmental Defense Fund and Climate Central, and was the director of strategy and communications for the Clinton Climate Initiative for four years.

Now that James is no longer directly involved with his family's company apart from sitting on News Corp's board of directors, his comments will likely have little bearing on whether News Corp and Fox News continue to sow disinformation. But fans of HBO's blockbuster TV drama Succession, a thinly veiled dramatization of the Murdoch family's exploits, know the younger Murdoch's public stand would make for extremely good television.