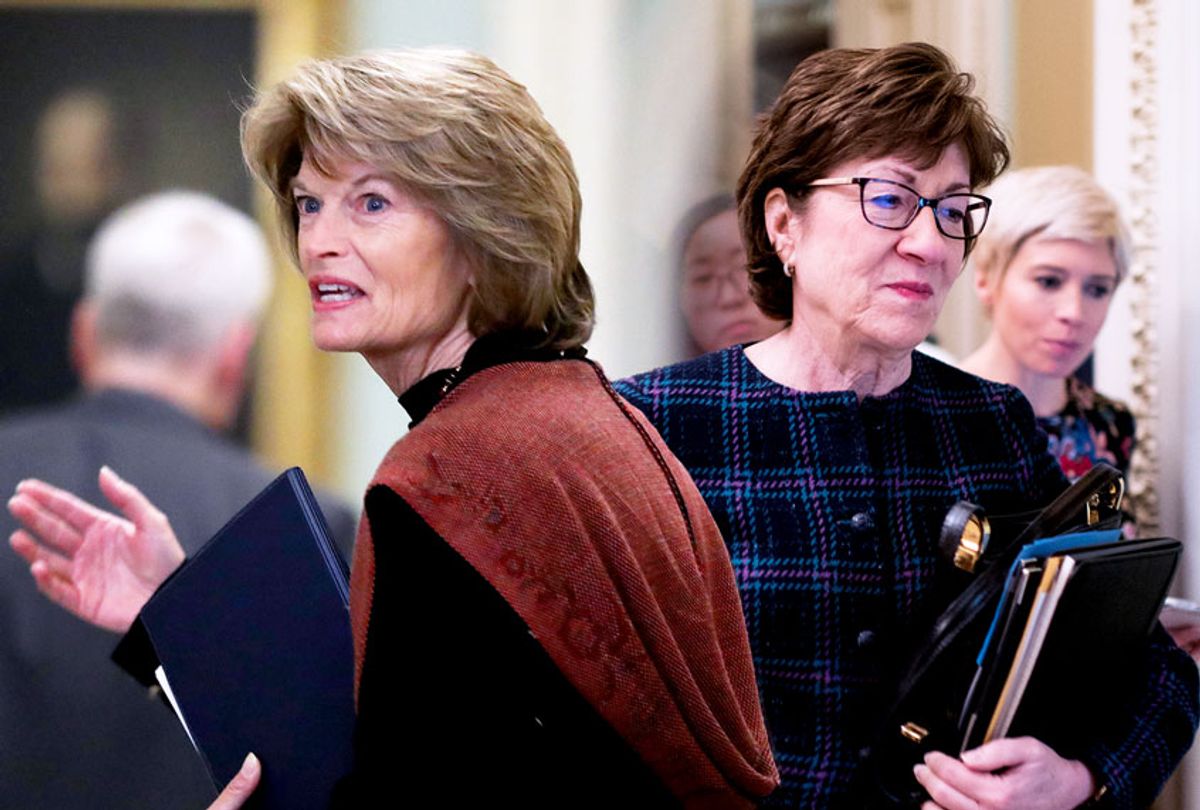 When you watch a trial, whether you're on a jury yourself or on the couch in front of the TV, the prosecution's presentation always seems airtight — until you see the defense. So I don't want to say at this stage that the House managers in Donald Trump's Senate impeachment trial have made their case. But seriously, it's hard to see how the president's team can plausibly explain away this behavior. Their only choice will be to admit that all the evidence is true and tell the American people that it was perfect.

Republican senators are all doing their part, acting as if the House managers are a bunch of primitive barbarians rampaging through their hallowed halls, gibbering incomprehensibly and rudely insulting them and their president with the shocking suggestion that he might have done something wrong.

You may recall that on the first night of the trial, at the end of an 11-hour day, Chief Justice John Roberts admonished both sides to be careful of their rhetoric because they were speaking in front of the world's greatest deliberative body and they've earned the House's respect. As it turns out, he did that because Sen. Susan Collins of Maine, had sent him a note asking him to scold Rep. Jerry Nadler of New York, one of the House managers, for saying that senators would be covering up for the president's misdeeds if they refused to call John Bolton to testify.

On Wednesday, other pearl-clutching senators also complained about Nadler's comments. Lisa Murkowski of Alaska told the media she was "very offended" and Josh Hawley of Missouri chimed in, saying that Democrats "managed to alienate senators, attack their own jury" — as if any Republicans in the chamber had seriously been considering voting to call Bolton (or any other witnesses) until Nadler hurt their feelings.

Sure enough, the media dutifully asked every Democrat on Thursday if they would distance themselves from Nadler's comments, giving the impression to the public that this alleged insult was truly over the top. So far, at least, Democrats have resisted the temptation to do that.

Republicans will obviously be using this tactic going forward, even though anyone can see that the House managers are extremely well-prepared and are making their arguments calmly and professionally. At the end of Thursday's session, lead manager Adam Schiff gave a powerful closing argument in which he explained why the stakes are so high. It was not histrionic or insolent, but it was a sharp condemnation of the president that the House majority concluded must be removed from office for abusing his power.

Republicans have the delicate sensibilities of upper-class Victorian maidens, apparently. If there's one thing they simply cannot abide, it's rudeness. Take, for example, the president they are defending, who tweeted this on Thursday:

You can understand why they become indignant whenever House managers assert that such a dignified statesman might have committed the acts of which he is accused.

This is a game I have written about many times. I call it "The Art of the Hissy Fit," in which the right uses faux outrage to get the media to press the Democrats to disavow or apologize for something they were perfectly entitled to say or do. Most often, it's something extremely mild, compared to what Republicans say and do every day.)

Recall this example from a few years back during the financial crisis. When the vote on a bailout failed because then-House Republican leader John Boehner couldn't hold his caucus together at the last minute, this was the excuse:

House Minority Leader John Boehner of Ohio said that when Pelosi blamed "the Bush administration's failed economic policies" for the current economic mess, she "poisoned" the well. Added Republican Rep. Eric Cantor of Virginia, "There's a reason that this vote failed — and that is Speaker Pelosi's speech."

Needless to say, that was not the real reason.

Those who weren't calling for the smelling salts over the allegedly outrageous rhetoric of the House managers made a big show of being bored and tired and cranky. Some Republican senators were doing crossword puzzles, making paper airplanes and even using fidget spinners like 11-year-old kids.

This is the behavior of the "world's greatest deliberative body" that Chief Justice Roberts was going on about the other night?

It is all heading toward exactly what Amanda Marcotte predicted here last week: jury nullification. As she pointed out, historically this was used by all-white juries to acquit white defendants who had committed crimes against blacks in the Jim Crow South. Considering Trump's history of calling for the death penalty for innocent young black men, a brazenly racist act which he defended as recently as last June in a White House interview, this isn't much of a stretch.

I doubt this gentleman thinks of it those terms but it amounts to the same thing:

But in Trumpian fashion, the president has turned that inside out by modeling his defense on the O.J. Simpson trial, even hiring a member of Simpson's Dream Team for his own, Alan Dershowitz. He's portraying himself as a victim of a rigged system and his "jurors" are prepared to acquit him on that basis. One of his supporters even said outright, "He is our O.J."

He is. According to CBS News, the White House has been telling Republican senators, "Vote against the president and your head will be on a pike."

Trump should consider, however, that while O.J. Simpson was acquitted he lost his reputation anyway. Once people heard what he had done, they couldn't unhear it, even if they believed that L.A. police had framed a guilty man. Simpson ended up going to prison a few years later for a different crime and now lives a life of ignominy, reminiscing about the good old days with his pal Donald Trump.

Unlike O.J., Trump may not live long enough to see the full destruction of his legacy. But since he brought his children into his mess, they will have to bear the burden for him. The Senate can nullify the Constitution, at least for now. It can't nullify the truth.