“Is it, though, very similar to what Hillary Clinton did to Tulsi Gabbard," McCain said on "The View" 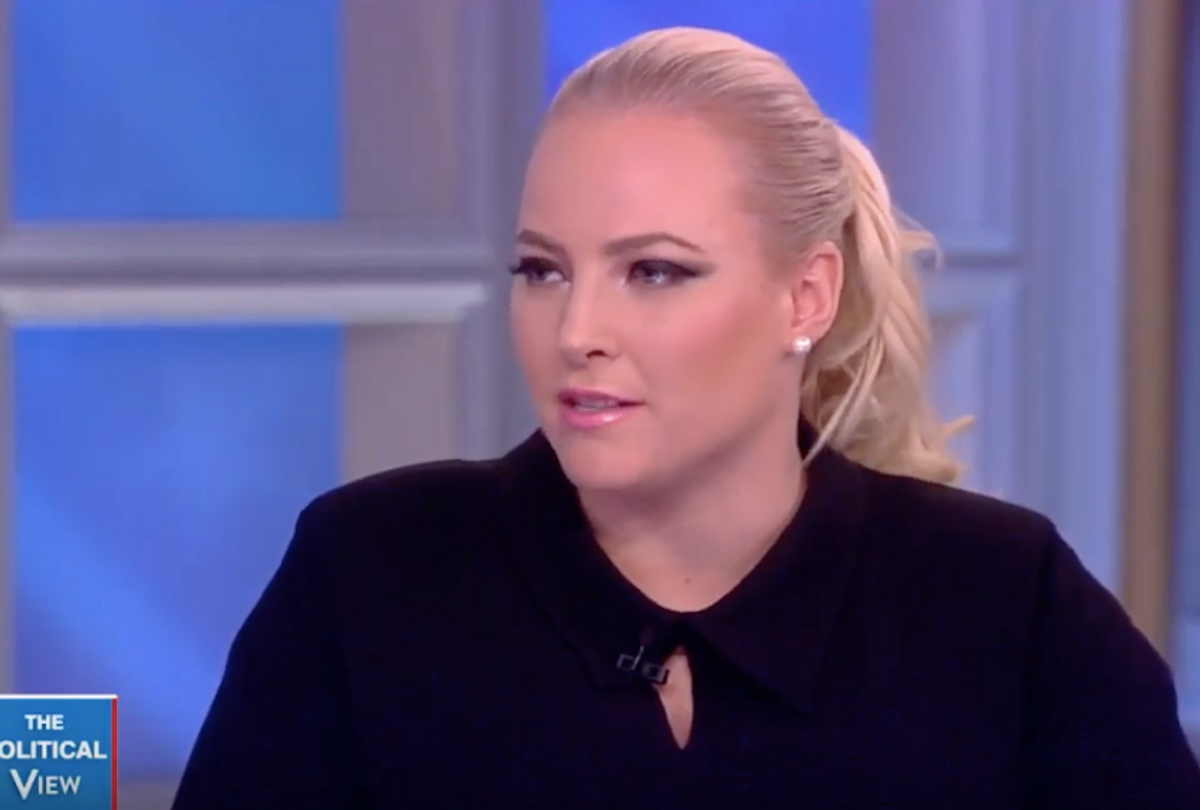 "The View" co-host Meghan McCain changed the subject from Sen. Marsha Blackburn (R-TN) to Hillary Clinton during a discussion of the impeachment trial.

Guest host Ana Navarro took exception to Blackburn's attacks on Lt. Col. Alexander Vindman, who testified against President Donald Trump in the impeachment inquiry, after House managers cited his allegations against the president and some of his top officials.

"Yesterday Sen. Marsha Blackburn from Tennessee spent hours, tweeted out and spent hours on TV attacking Vindman, Alexander Vindman, questioned his patriotism," Navarro said. "This is a guy who has a Purple Heart because of the injuries he received in the Iraq War, he still has shrapnel in his body. His parents are Soviet Jews who fled communism. I can't explain how angry I am about that."

"You want to call into question his judgment, fine," she added. "But for somebody that's never served in the military, for somebody that's a Republican — we used to be pro-military — to have the gall in order to defend a president who pretended to have bone spurs in order not to serve, to me, I question her patriotism and her sanity. What is going on?"

The studio audience loudly cheered her admonishment, and McCain compared the senator's remarks to Clinton's suggestion that Rep. Tulsi Gabbard may be a "Russian asset" — which prompted a $50 million defamation lawsuit filed this week.

"Is it, though, very similar to what Hillary Clinton did to Tulsi Gabbard," McCain said, "and she's now suing Hillary Clinton because she said it's done real damage to her life, because she's been accused of being a Russian asset by Hillary Clinton. I think it is a trend we're seeing across (party) lines."