If the Romance Writers of America can implode over racism, no group is safe

While 97% of Romance Writers of America members are women, only 14% are people of color 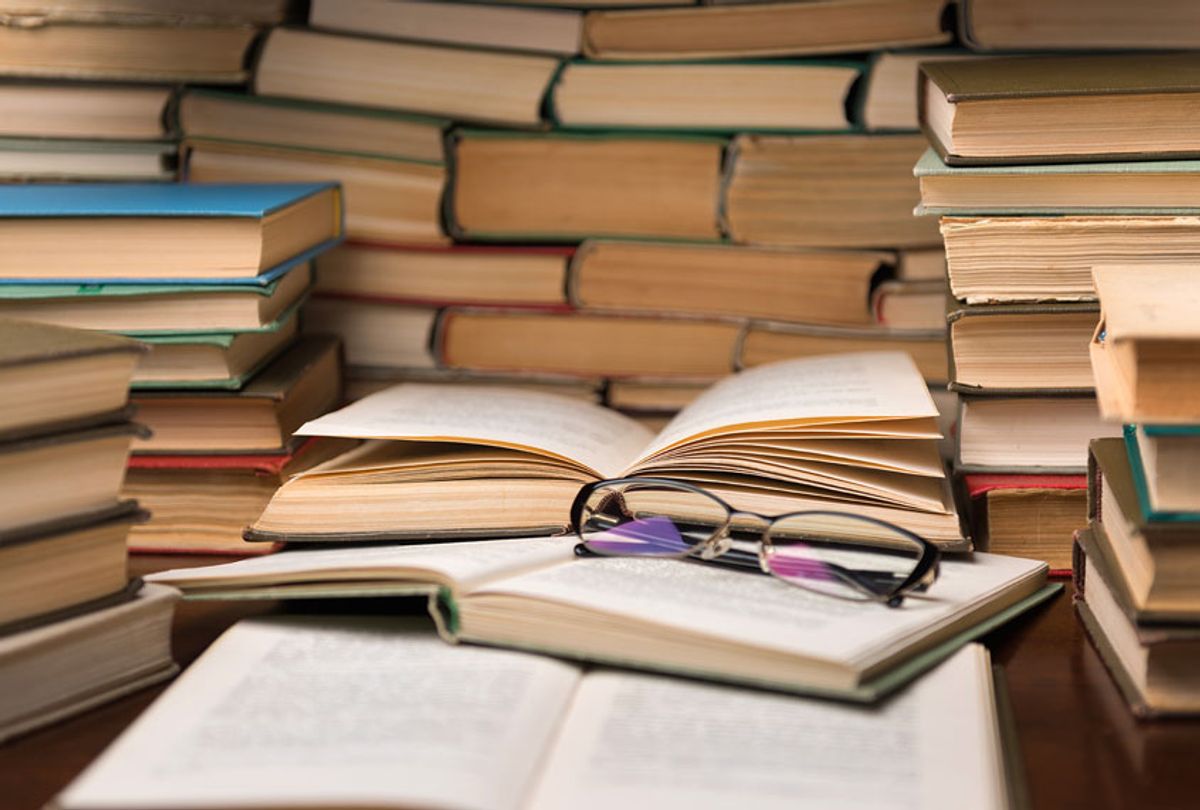 Over the past month, Romance Writers of America, one of the country's largest writing associations, with over 9,000 members, has erupted in a race-related scandal.

The controversy began when diversity activist and romance writer Courtney Milan, in a pointed tweet, criticized racial stereotypes that appeared in a book by a fellow member. Writers took sides. A punishment was handed down. Backlash ensued.

Now the very existence of the 40-year-old organization is in doubt. But you'd never know it from the cheeky media coverage, which hasn't been able to resist casting the controversy as a battle between forlorn lovers.

CNN, for instance, describes the Romance Writers of America as "more scandalized than a dowager countess finding her headstrong niece alone on the lap of a rakish duke," while NBC News tells us there's "lots of passion but not too much love" among the writers.

As a former journalist, I get the appeal of a saucy lead. But as a scholar who's spent nearly a decade studying romance writers and their networks, I see how portraying the incident as a catfight or a relationship gone wrong oversimplifies the controversy, which has serious implications for the rest of the publishing industry — and beyond.

It all falls apart

To briefly recap what happened: In August, Romance Writers of America member Courtney Milan, who is Chinese American, Twitter-shamed a novel written by a white member, calling it a "racist mess" for its depiction of Asian women.

And we've been talking about Sue Grimshaw?

Someone sent me a link to a book written by the other editor, Kathryn Lynn Davis, and is a fucking racist mess.

The book's author filed an ethics complaint, accusing Milan of bullying and damaging her business prospects. In December, Milan was suspended from the organization for a year and banned from future leadership positions.

The result shocked almost everyone involved. Milan has been a vocal and effective advocate for inclusion. In protest, nine members of the board resigned, including eight women of color. The president and executive director quit. The RITA Awards — the Oscars of romance publishing — were canceled, while major publishers pulled their sponsorship from the annual conference.

A tradition of support

Here's why it matters: For 40 years, romance writers have been successfully pushing back against second-class treatment in the publishing industry.

My research suggests this is due to their surprisingly effective — and somewhat counterintuitive — approach to social networking and support.

Unlike other professional organizations, they welcome novices, share trade secrets and readily exchange advice about how to leverage new technology to advance their careers. These tactics have helped authors improve the terms of their publishing contracts, pioneer new promotional techniques and form a grassroots network of writers that can quickly adapt to changes in the market.

Disrespect and exclusion united romance authors in the first place. The Romance Writers of America was formed in 1980, when a diverse group of white, black and Latina women writers got fed up with being dismissed by mostly male agents and editors. In an era before email, the group managed to build a far-reaching network of women authors and editors who encouraged one another and taught each other to succeed.

The group's efforts eventually led to some serious wins.

For instance, many romance authors write under several pseudonyms, which create distinctive brands for their various series. For decades, the romance publisher Harlequin didn't let authors own the rights to their own pseudonyms. That meant if authors changed publishers, they couldn't bring along their pen names and the fans who followed them, which hurt their ability to negotiate good terms. But in 2002, the Romance Writers of America — under President Shirley Hailstock, who is black — persuaded Harlequin to let authors keep their own pseudonyms, even when they switched publishers.

Then, when e-books and digital self-publishing came along, the group's tradition of advice sharing and innovation catapulted the careers of romance writers. My research shows that romance writers' median income nearly doubled after the explosion of self-publishing. This took place at a time when authors in other genres saw massive declines in income.

But the group's gains have not been equally shared by all authors.

In my study of more than 4,000 romance authors, I found romance authors of color earned about 38% of white romance authors in 2014. Another study found that only about 8% of traditionally published romance novels are written by authors of color. Until last summer, no black writer had won a RITA. In interviews, writers of color told me about some stunningly racist comments from editors at romance conferences that the organization failed to publicly address.

Furthermore, while 97% of Romance Writers of America members are women, only 14% are people of color.

These statistics mirror those of the publishing industry as a whole. According to a forthcoming report for the Authors Guild that I wrote, authors of color across all publishing categories earn about half the median income of white authors. Roughly 80% of book editors are white. Authors of color write just 7% of children's books, while black authors pen only 2% to 3% of stories in science fiction magazines.

When publishing organizations attempt to change, the backlash can be swift. In perhaps the the most glaring example, in 2015, a set of right-wing, anti-diversity science fiction authors known as the Sad Puppies formed a voting bloc to try to prevent diverse authors from winning at the annual Hugo awards, science-fiction's most prestigious award ceremony.

What could have been

The Romance Writers of America has tried prioritize inclusiveness over the past few years.

Members — including Milan — sought reform by openly talking about issues on social media while also utilizing the organization's traditional, behind-the-scenes networking. Vociferous Twitter debates over diversity ensued; the hashtag #RitasSoWhite circulated; bestselling authors used their award acceptance speeches
or their prominent platforms to call for fair treatment for authors regardless of race, sexual orientation or ability.

Moved by these efforts, the membership elected a very diverse board in 2019, with nearly half made up by authors of color. Judging procedures for the RITAs were changed, and other diversity measures adopted. Three women of color won RITAs last August, and 20 out of the 30 speakers or winners at the ceremony made it a point to celebrate diverse authors.

In the end, however, it wasn't enough. For many, the ruling against Milan was the last straw. The fallout, which includes the disbanding of the Las Vegas chapter on Jan. 20, continues.

Taken together, these events suggest that even organizations that seem to be addressing issues of inclusion in good faith are susceptible to fracturing. Either that, or exclusion is so deeply ingrained in certain institutions that it can't ever be adequately addressed — and the entire organization needs to be torn down.

This could be bad news for other predominantly white groups and industries trying to evolve. Witness the ongoing struggles of the film industry to diversify, the continued predominantly white male makeup of Silicon Valley or the bitter divide over the organizers and participants in the Women's March. All have faced calls for change. To many, the results have been unsatisfactory.

For a time, the Romance Writers of America seemed to be showing that change could occur from within. Now that seems increasingly far-fetched.

Whatever happens, this controversy can serve as a lesson about the profound challenges of building relationships and instituting organizational change in the digital age.