Among poorest 20 percent of Americans, one-third of income goes to health care: study

RAND researchers find that the United States' health care system is shockingly regressive, even by our standards 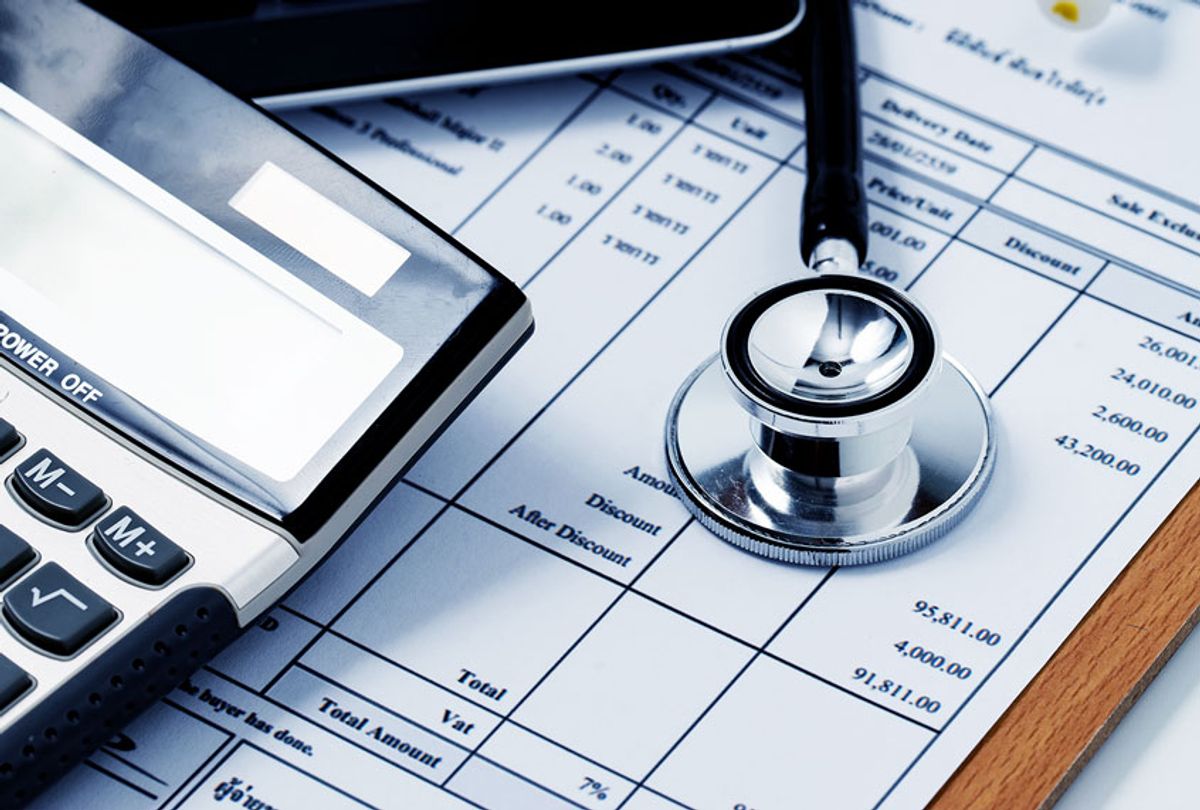 In 2017, Americans spent an average of $10,209 per capita on health care, more than any developed nation. That figure is perhaps unsurprising given the patchwork, largely privatized system in place in the United States. And while a per capita figure like $10,209 sounds high, it is an overall average, meaning it says nothing of how that money is distributed between people of different means. Now, a new study putting this in context reveals that the American health care system is even more horrifically classist than we knew.

The analysis took into account all payments made by households to pay for health care, such as taxes and employer contributions.

"Our findings suggest that health care payments in the United States are even more regressive than suggested by earlier research," Katherine G. Carman, lead author of the study and a senior economist at the RAND Corporation, said in a media statement. "As national discussions continue about health reform and health equity, it's important to understand how the current healthcare system distributes costs and payments."

The study also looked at the burden of health care payments for people who are in nursing homes. Researchers found that the burden is also greater on low-income people who need long-term care. This is because people spend most of their savings in order to qualify for public benefits.

"We think this is a particularly important addition because those in nursing homes are among the most vulnerable in terms not only of their health, but also of the large financial burden that they face," Carman said.

The study concluded that those with Medicaid get the most value for their health care spending, in part because they are generally in the lower-income bracket and have poorer health. The researchers also said that households in the highest income group are paying more into the system than the health care services they receive.

"Understanding how different groups contribute to and benefit from health care spending is difficult for researchers, policymakers and the general public," Carman said. "This work provides better insight into how the American health care system redistributes contributions and spending across different parts of society."

This study is the latest research to put into perspective the unequal system. Certainly, those with lower incomes are more likely to struggle with health insurance costs, but lower-income households are more likely to have bad health. As a separate study recently found, wealthier Americans have a better quality of life at the end of their life.

According to a recent Gallup Poll, more Americans are opting to delay medical treatments because of the anticipated cost.