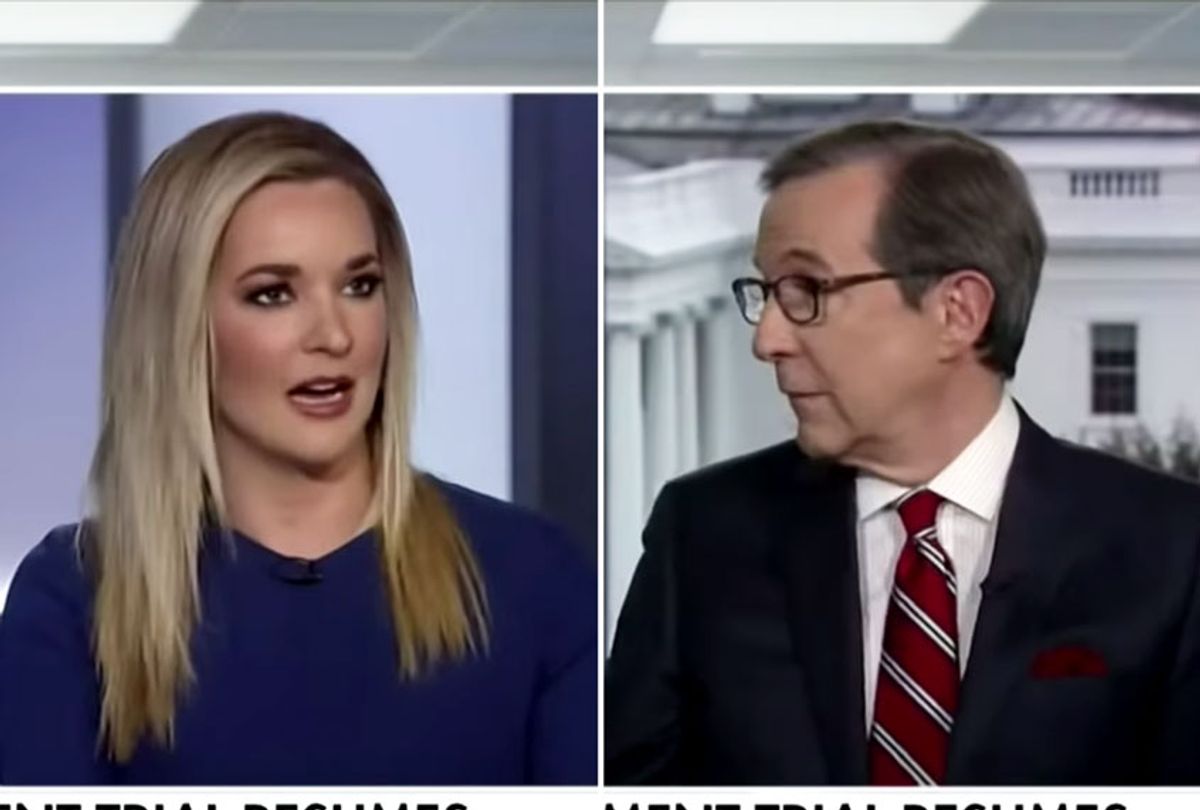 For her part, Pavlich argued that Republicans have a right to block former National Security Adviser John Bolton from testifying because his testimony had not been first heard in the House of Representatives. Pavlich pointed to the impeachment of Bill Clinton as an example.

Wallace reminded Pavlich that many of the witnesses in Clinton's impeachment had spoken to the independent counsel's investigation and were not directly called to testify in the House.

Pavlich insisted that she had been right but Wallace fired back: "Katie, what you're saying just isn't true."

"Get your facts straight!" Wallace added.