Conservatives and liberals are split over Michelle Obama's Grammy victory

The former First Lady won a Grammy for an audiobook recording of her bestselling 2018 memoir, "Becoming" 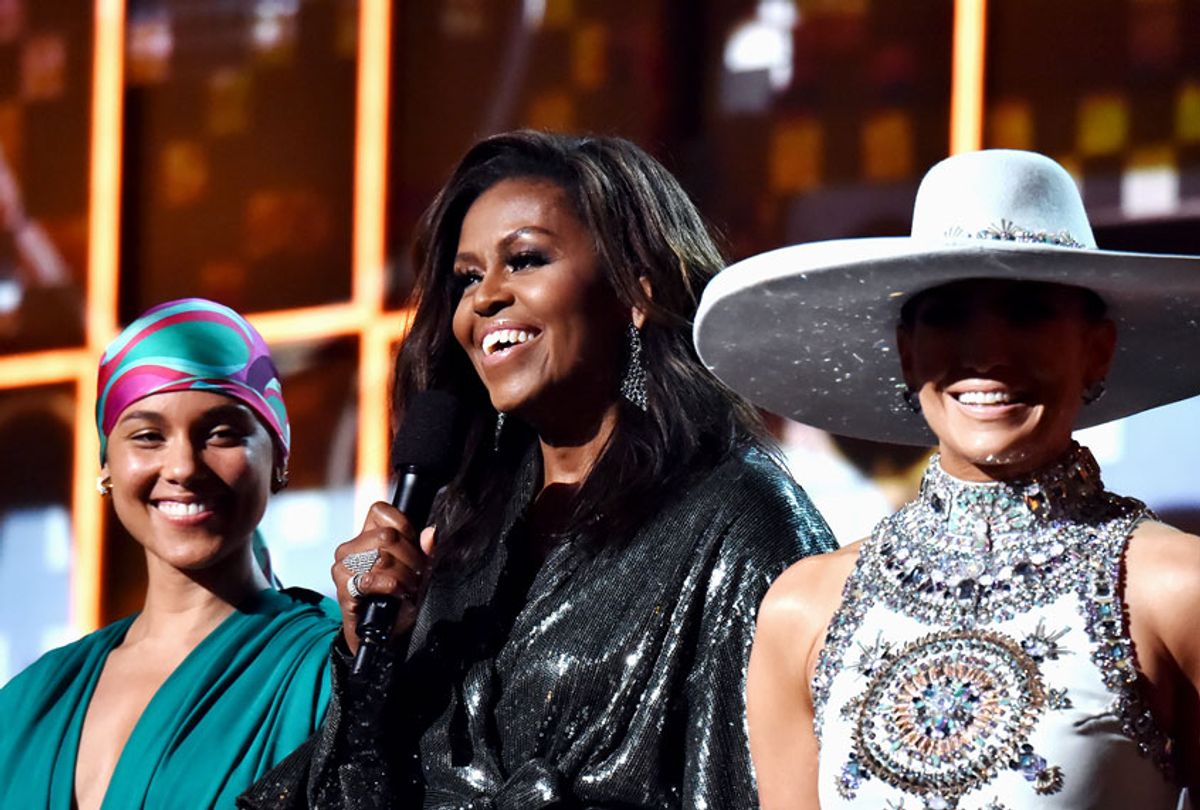 Michelle Obama's autobiographical book traces her career as a lawyer, mayoral assistant, and eventually First Lady to argue about the importance of public service and the ability of people from all backgrounds to achieve success.

The only other first lady to win a Grammy Award in history is Hillary Clinton, who won in 1997 for the audio version of her 1996 book, "It Takes A Village." Two presidents have won Grammys: Jimmy Carter won three times, while Bill Clinton won twice and was nominated on two other occasions. Two more received a nomination without winning: John Kennedy and Richard Nixon.

Responses to Obama's victory tended to break along partisan lines. Former Vice President Joe Biden, who served in the administration and is running for the Democratic nomination for president in 2020, tweeted: "Congrats @MichelleObama on winning a Grammy for telling your story with strength — and with grace. Jill and I are so thrilled for you. Just beat Barack to an EGOT, will ya?"

Jim Hoft of the far right site The Gateway Pundit posted an article with the headline "Of Course She Did: Michelle Obama Joins Crooked Hillary, Al Gore and Barack Obama and Wins Grammy for Talking."

The piece sarcastically noted, "Michelle Obama joined such music legends as Crooked Hillary, Al Gore and her husband Barack Obama and won a Grammy Award on Sunday for reading her book. She really read it well. It was very moving."

Matt Margolis of PJ Media responded by speculating that Michelle Obama had only won because of her last name and recalling how he had predicted earlier this month that she would win the Grammy.

"Well, I wish someone had taken me up on that bet because I'd be a thousand dollars richer tonight," Margolis wrote. "I don't watch the Grammys or follow any coverage of them, but it was reported Sunday afternoon that she had won. I'm sure it will go right next to her husband's Grammys and Nobel Peace Prize on the mantel of their fireplace. Hillary Clinton won a Grammy too. Just sayin'.