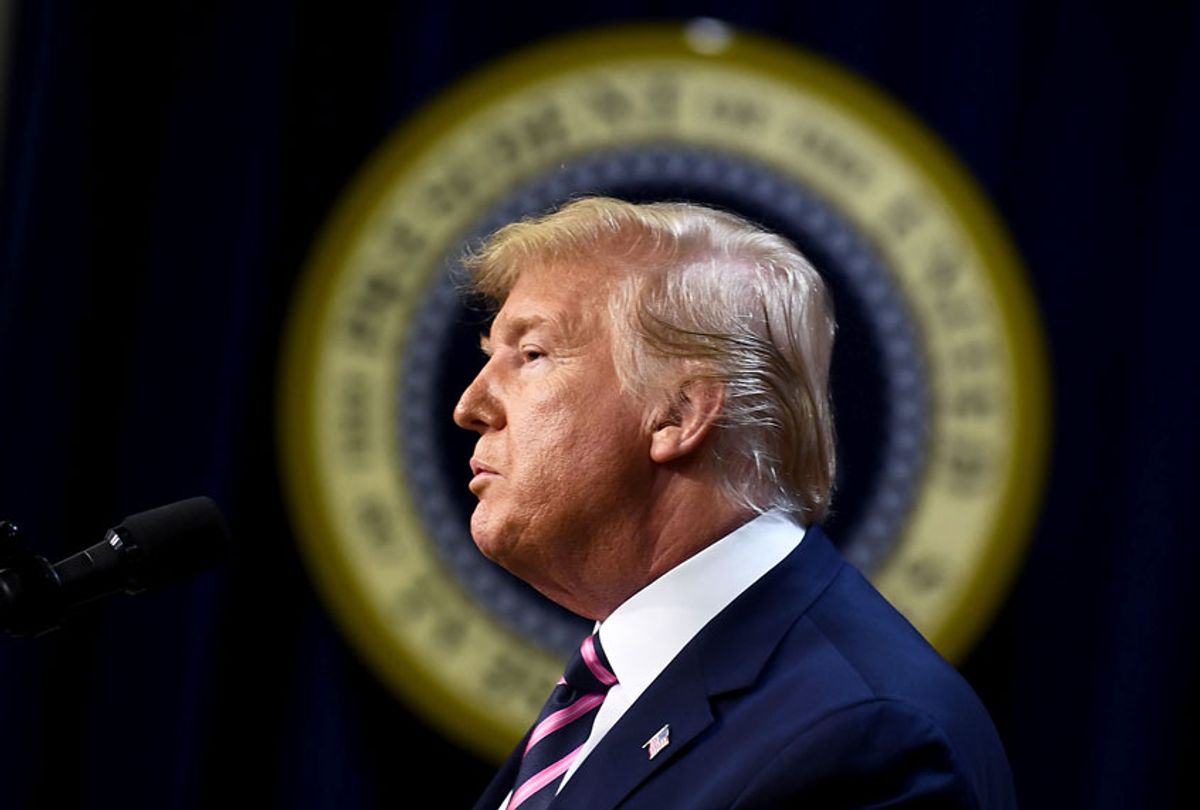 When President Donald Trump touted a new Fox News poll on Sunday, he neglected to mention some of its key findings. Namely, half the country supports his removal from office, including an overwhelming majority of independent voters.

It is true that a plurality, albeit not a "majority," of respondents say the Senate already has enough information about the Ukraine scandal which sparked Trump's impeachment. But the poll cited by Trump also finds that 50 percent of the country wants the president removed from office based on the evidence before the Senate.

A full 50 percent of registered voters support Trump's removal from office, while 44 percent say he should be acquitted, according to the poll. A CNN poll released last week also found that 51 percent of voters back Trump's removal, while 45 percent oppose it.

Though the numbers are largely split down party lines, the Fox News poll shows that 53 percent of independents believe Trump should be removed, compared to just 34 percent who want him to remain in office.

The poll largely mirrors the numbers in a Fox News poll from last month, which similarly found that half the country wants to see Trump convicted.

"I was stunned to see that that's the number, because I thought that things were trending away," Fox host Brian Kilmeade said at the time, "Although the president's approval rating did take up in the same poll, so it's almost like a split personality."

Trump was criticized Sunday for tweeting about a poll which shows the public wants him gone.

"There's a reason he's not linking to the poll," Robert Maguire, the research director for the group Citizens for Responsibility and Ethics in Washington, tweeted. "It shows… Americans believe the Senate already has enough info *to vote to remove Trump from office.*"

In fact, Fox News had a lot more bad news for the president over the weekend, though at least some network hosts managed to avoid discussing the terrible poll numbers while covering the poll on Sunday.

The hosts of "Fox & Friends Weekend" managed to do a five-minute segment on the poll without once mentioning that Trump was underwater against every leading Democrat.

"It's really quite apparent that the Democrats, no matter who it is … you've got to run against a booming economy, a booming stock market and wages on the rise," weekend co-host Griff Jenkins said.

"Voters say, 'I just can't give credit to [former President Barack] Obama for that anymore,'" Hegseth said, "'It has to be President Trump.'"

House impeachment manager Rep. Sylvia Garcia, D-Texas, pointed to Fox News polling during Trump's Senate trial to support the claim that Trump was so obsessed with Biden that he pressured Ukraine to investigate him, in turn sparking his impeachment.