In Netflix's "Ghost Bride," a woman marries a dead man, and then things get wonderfully weird

The Malaysian limited series mixes a supernatural murder mystery, a modern soundtrack, and just a touch of romance 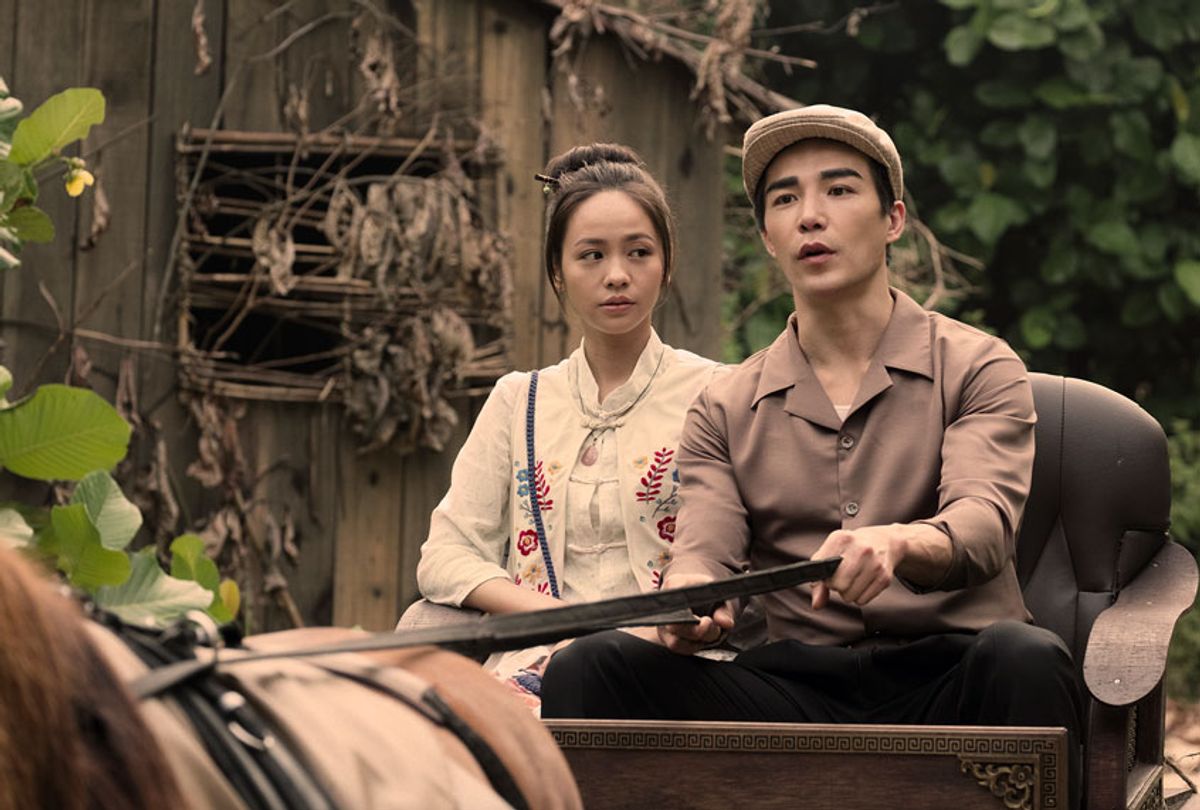 "The Ghost Bride," a captivating limited series created by Kai-yu Wu ("Carnival Row"), begins with an age-old conflict: do you marry for love or for status? This is the question Pan Li Lan (Huang Peijia), a 20-year-old woman in 1890s Colonial Malacca, is grappling with when it becomes apparent that her widowed father's (Jordan Voon) spice importing business is close to shuttering.

Like any good fairy tale, it seems the solution can be found at an exclusive party in the right dress — a shimmering, baby blue number picked by Li Lan's Amah (the delightful Susan Leong). After all, her childhood best friend Lim Tian Bai (Ludi Lin) will be there; he's freshly back in town after completing his medical studies in Hong Kong and they've always had some chemistry.

But before the two can truly reconnect, Li Lan has to field another offer of marriage. Madame Lin (Angeline Tam), the incredibly wealthy host of the party, tells Li Lan's father that she'd like Li Lan to marry her son, Tian Ching . . . who has been dead for several months. In exchange for Li Lan spending the rest of her life mourning Tian Ching, her family would never have to worry about money again.

Li Lan's family and close friends are not immediately thrilled with this morbid (though culturally common) idea. "We cannot allow Miss to become a ghost bride," Amah says. But then Mr. Pan falls gravely ill, and this series takes a turn from bubbly rom-com to something a little darker.

The ghost of Tian Ching comes to Li Lan in her dreams and informs her that he's seen her father wandering in a sort of purgatory. Mr. Pan is not fully in the land of the dead, but is drifting further from the world of the living. Without assistance, he may end up dead forever, never to be reincarnated. Tian Ching is willing to help, but only if Li Lan accepts his proposal and — gasp — solves his murder.

The suspect list is vast, ranging from disgruntled servants to Tian Bai, who is Tian Ching's cousin.

"Ghost Bride," which is based on Malaysian-Chinese author Yangsze Choo's best-selling novel of the same name, navigates a series of in-between spaces with regards to genre and styling. It plucks elements from sitcoms, gritty crime shows, supernatural television, and period pieces and knits them together into six fast-paced episodes. There are bright sets, a poppy, synth-heavy soundtrack, and costuming that blends traditional lines with contemporary touches. Aesthetically, the otherworldly pieces can feel eerie, but it also makes you wonder if the opulent physical world she marries into is as serene as it seems.

The result can feel just a little soapy at times (which as a telenovela fan I'm personally into, but your mileage may vary), but as a whole trends towards pleasantly otherworldly and a little fantastical.

What feels especially grounded in reality — both historical and contemporary — though is how Li Lan balks against, and then eventually uses, the social restrictions of her time and class to ultimately live a life that is pleasing to her. At 20, she's nearing "old maid" status for the time, but Li Lan isn't sure she wants to be married yet  —and isn't sure she ever wants children.

Becoming a "ghost bride" allows Li Lan the social security of being married, without actually having to assume the role of wife or mother. It would be a lonely life, but a life potentially more of her choosing. Additionally, the call towards solving a secret murder, while also saving the eternal soul of her father, compels her, and viewers, to traverse deeper and deeper into the underworld.

Overall, "The Ghost Bride" is a highly bingeable series that keeps viewers going with its bewitching premise, empowering storyline, and glimpse into a realm that might be closer than we think.

"The Ghost Bride" is now streaming on Netflix.