Before seeing the nominated shorts in theaters, read Salon's interviews with the filmmakers for two of them 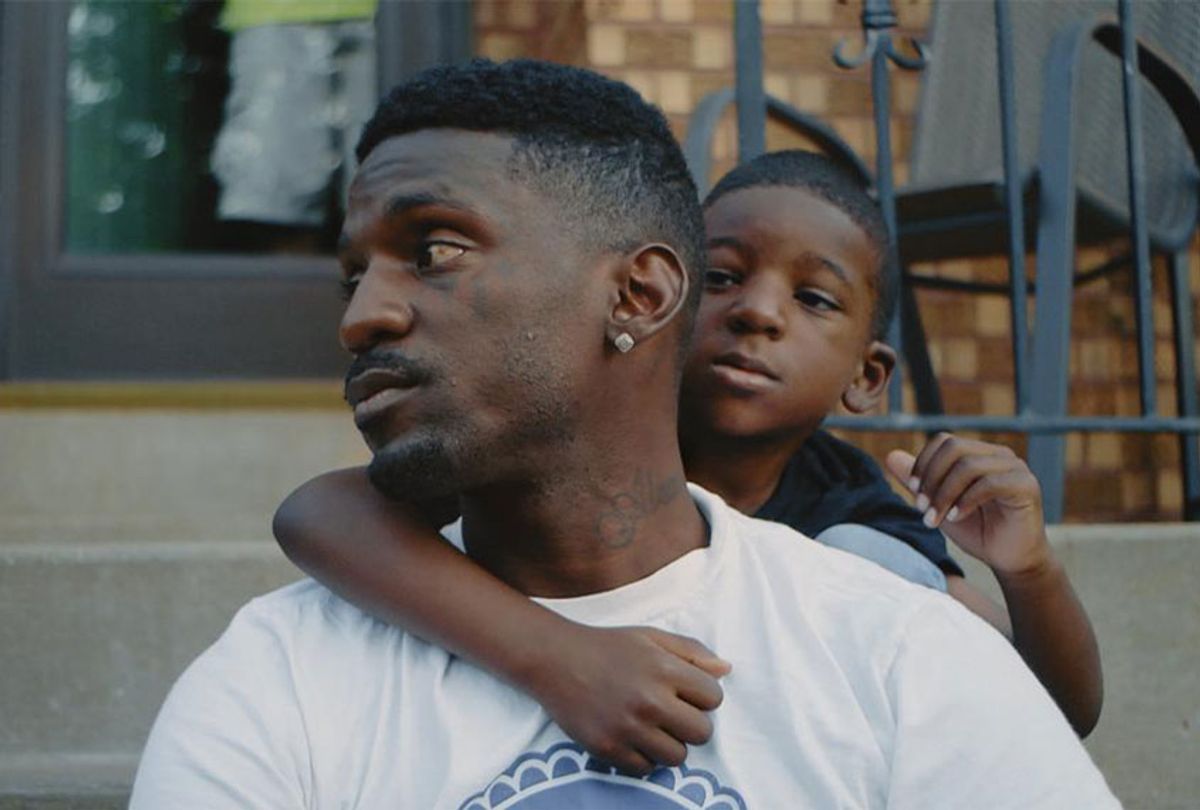 The short film categories at the Oscars are arguably the most exciting horserace of the night. No one can predict who the members of the Academy will vote for in part because these are the least seen films at the Awards. But the documentary short films, which are being screened theatrically in select cities around the country Jan.31, provide some of the year's best and most dramatic, emotional, amusing, and heartrending stories.

Among them are "Learning to Skateboard in a Warzone (If You're a Girl)" directed by Carol Dysinger, "In the Absence" by Seung-jun Yi, "Life Overtakes Me" by John Haptas and Kristine Samuelson, "St. Louis Superman" by Sami Khan and Smriti Mundhra, and "Walk Run Cha-Cha" by Laura Nix. Salon spoke to the directors of the latter two documentary shorts below.

Interviews have been edited for length and clarity.

"St. Louis Superman" profiles Bruce Franks, Jr. a Missouri state Representative, battle rapper, and activist. The film chronicles him trying to get a bill passed that declares youth violence a public health epidemic. It has personal meaning for him. On a whim, directors Sami Khan and Smriti Mundhra submitted their short to the Big Sky Documentary Film Festival and won a top prize, and then won a non-competitive Special Jury Prize at Tribeca. But it was winning the Grand Prize at Heartland Film's Indy Shorts International Film Festival that qualified them for the Oscar race. In addition, MTV did a theatrical run with the film in September in New York and Los Angeles.

Via What'sApp, Mundhra and Khan spoke about making "St. Louis Superman" and the road to the Oscars.

What can you say about qualifying for the Oscars and now having to campaign to win?
Khan: It's pretty grueling.
Mundhra: It's strange campaigning. I know from the short list to the nominations was the most disconcerting part because it feels more real. That's when you really have to pitch yourself to your peers and your mentors and you're waiting anxiously between Christmas and New Year's and strategizing. And you can't feel so invested because it doesn't work out for half the shortlisted films. I didn't want it to distort what was important, so finding that balance was tricky.

Can you talk about how you came to make this short?
Khan: We were commissioned by Al-Jazeera Witness to make the doc in 2017, and MTV acquired the film after it was done. Sheila Nevins backing the film allowed us to go to this insane level. She gave guidance on finishing the film and navigate this treacherous world.

Your short is mostly observational. You show Bruce repping his constituents and rapping, with his family, and protesting. Can you discuss your approach to this portrait?
Khan: Smriti went for an initial trip and they shot for 14 hours. That was during a moment of emotional crisis. We didn't know what we were getting and what would play. We had to satisfy the 25 minutes running time. Smriti followed the emotional line with Bruce in the voiceovers.
Mundhra: The thing we hope that viewers take away is that post-2016, politics have lost meaning, and it's become a bloodsport. We feel helpless and cynical, and when you met Bruce and people in his world, the St. Louis political activist scene, they aren't watching MSNBC and tweeting. They run for office because they need a playground, or people are getting killed on their streets. There's no separation between what they are fighting for and their own lives. Everything he fights for required him to rip open deep wounds, and that's what we hoped to capture. We wanted to celebrate diversity, but you have to think about the toll that it takes when you enter a system that isn't built for them.

What does being nominated for the Oscar mean to you as filmmakers? Does it make your work easier moving forward?
Mundhra: Bruce has been with us since the first film fest premiere. He was anywhere we needed him to be. It's his film, and Sami and I went in with that mindset. We're using the tools we have to tell his story. He's the face of this. It's polite to say awards don't matter, but they do matter to people who aren't having a seat at the table. Doors don't open easily for people like us, and this is the first year — after working as an independent documentary filmmaker for 20 years — that people are seeking me out. It does matter, it shouldn't, but it does. It is validating that your peers appreciate your work. Whatever opportunities come from this—and a lot of people are denied access and funding do this [make documentary films] — is you feel the door is open for you, and you hold it open for as many people as you can. Whatever next steps we can take, we'll bring people along with us. It compounds. One award for one filmmaker of color can lead to another opportunity, and it's a responsibility we take seriously. Of course, we want to win, but it's not just about us, but about the visibility of people like us being on the inside.
Khan: In the last few days, a person I struggled so long to get a meeting with emailed me. For us it's about the work, and we're already thinking about the next thing. This intense but short spotlight should help Bruce do his work. We're in a new wave of documentary filmmaking that there is a change in how they are made, more engaged with their participants. We both hope that Bruce benefits from it and were trying to make sure that happens.
Mundhra: I think it's important to recognize what an Oscar nomination means. We're so thrilled and excited. But we're part of a community and it's important to resist the urge to let ambition and competition get in the way of building a collaborative community. This time is our turn, but we want to celebrate others when it's their turn.

Laura Nix is a longtime documentary director and producer ("The Yes Men Are Revolting") whose short subject "Walk Run Cha-Cha" profiles Millie and Paul Cao, a Vietnamese couple that are ballroom dancers. But their backstory is both complicated and fascinating; it forms the core of Nix's lovely short film. "Walk Run Cha-Cha" is a New York Times Op-Doc and qualified for the Oscar following a weeklong theatrical run in Pasadena last year. The film premiered in a non-competitive slot in Tribeca.

Watch "Walk Run Cha-Cha" in its entirety below:

In a recent phone interview, Nix spoke about making her film and what it means to be nominated.

What can you say about qualifying for the Oscars and now having to campaign to win?
It's surreal and super thrilling. I'm still pinching myself. I've never had this happen to me before! Documentary films have a harder time being seen by people. We don't have a marketing budget fiction films have. It's a tougher industry and getting it out in front of people is tough. Something like this, I can't measure how important this is. It's not my first film, so to get this recognition is everything.  We recorded this reaction video to the nomination.

This is a New York Times Op-doc. Can you talk about the assignment and how you came to make this short?
I met Paul and Millie seven years ago when I took dance classes at their studio for one year. I was so intrigued by this place where Eastern Europeans teach Latin Dance to members of the Asian Community in suburban Los Angeles. I asked them if I could start filming. I am making a feature length documentary about them, and I've been working on that for six years. Concordia Studio (a film production company led by David Guggenheim, based in Venice, CA) asked if I could turn my material into a short for Times Op-Docs. I was hesitant at first. I had so much material, I wasn't sure I could make it into a short. I actually cut an entirely different short, but it didn't quite work, so I changed the angle to edit the short to become this one.

What can you say about your approach to telling the story of Millie and Paul Cao?
I always knew it was a multi-layered story about aging. And it's about immigration and refugees who come to this country. It's also a story about a marriage — a romance that was interrupted and continued after a bumpy start. When Millie first arrived, it wasn't that they ran into each other's arms. They had to start over again. You see that happen in the dance. I always knew I wanted a staged dance sequence in the film to communicate how the dancers feel when they are dancing. You get a sense of Paul and Millie's mind when they are performing.

As older folks, we dance because we love it, and how it makes us feel. When you see that in the film, it's about how it makes them feel and how it makes us [viewers] feel. You have to earn that moment. I worked backwards. They went through so much hardship trying to leave Vietnam. Paul left first and left Millie behind for six years. They were both worried if this could work because it was so hard for them, moving to the U.S., learning English, getting degrees. They didn't have time for luxuries, but now they do. This is a story about a couple reinventing themselves when they came to America, but it was tough, and this is a reinvention that they chose. This gives them pleasure. When you know their backstory, the dance has a whole other layer.

A lot of the immigrant stories we see on film focus on the point of entry when they are most vulnerable. They [Paul and Millie] have been here for 40 years, and while they did go through trauma, I didn't want to define them by their trauma. They rebuilt their lives, and they have a daughter and are successful. That is the truth of immigration stories, and we are living in a moment that is focusing on anti-immigration hysteria and the trauma and violence of that. We need to be clear about the humanitarian crisis of the southern border, but we can't lose sight of people who move here and build their lives and become American. This is an immigrant story about beauty, art, and love.

The Oscar shorts will be shown theatrically in select cities starting Friday, Jan. 31. Check out listings at Shorts.tv.