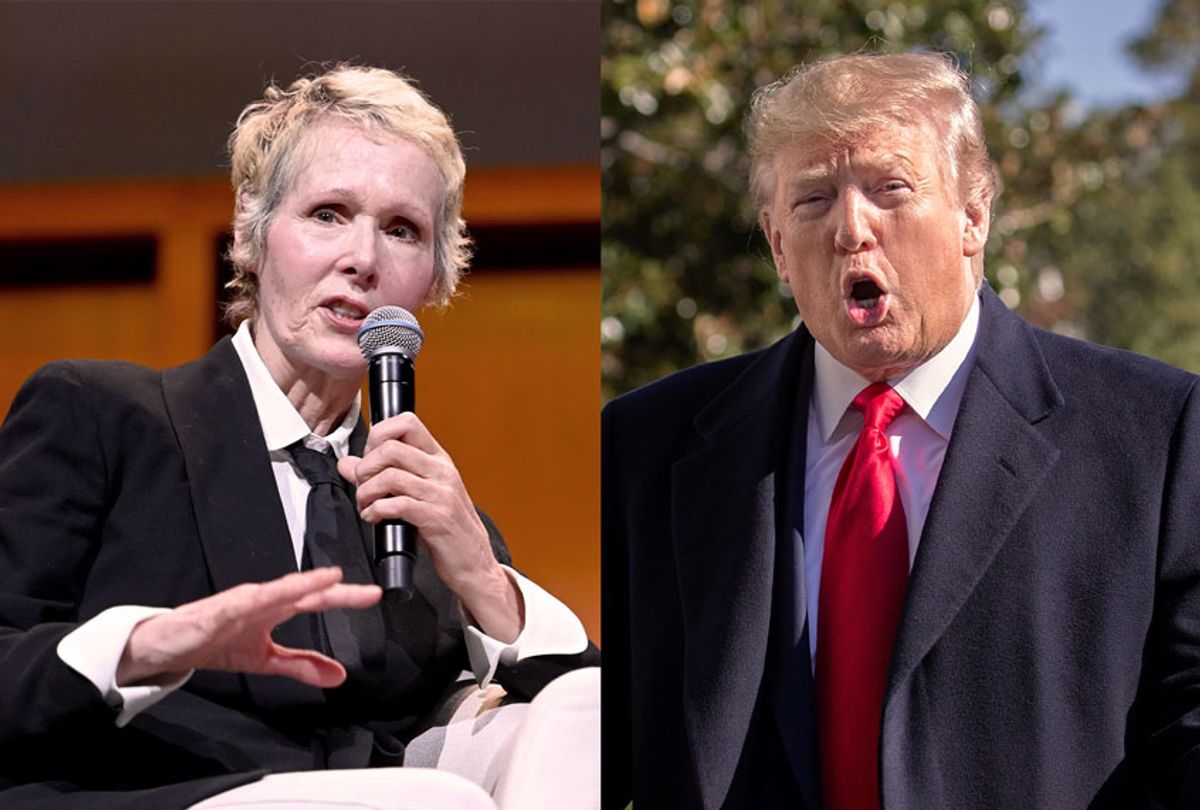 E. Jean Carroll, the advice columnist and former pageant queen who claims Donald Trump raped her in the late '90s, is asking for a DNA sample from the president. The goal is to prove whether or not the genetic sample found on the dress she says she wore on that day belongs to the president.

Lawyers representing Carroll served a notice to Trump's lawyers on Thursday requesting that Trump submit a DNA sample on March 2 in Washington for "analysis and comparison against unidentified male DNA present on the dress."

Last June, New York Magazine published an excerpt from Carroll's book "What Do We Need Men For?: A Modest Proposal," in which she alleged that in either 1995 or 1996 she ran into Trump as she was about to exit Bergdorf Goodman. On the pretext of asking advice picking out a present for "a girl," he then allegedly led her into the lingerie section of the store, pushed her against a wall, pulled down her tights, and raped her.

At the end of her description of the alleged encounter, she wrote that "the Donna Karan coatdress still hangs on the back of my closet door, unworn and unlaundered since that evening."

Carroll wrote that she had taken so long to reveal the story because "receiving death threats, being driven from my home, being dismissed, being dragged through the mud, and joining the 15 women who've come forward with credible stories about how the man grabbed, badgered, belittled, mauled, molested, and assaulted them, only to see the man turn it around, deny, threaten, and attack them, never sounded like much fun. Also, I am a coward."

In November Carroll filed a defamation lawsuit against Trump for claiming that the rape had not happened despite a photograph in which they appear side by side. He also told reporters that he never would have raped Carroll because she was "not my type." In a statement Carroll said that "born a baby girl of the Silent Generation, I was taught to laugh off sexual violence and believe that being raped was my own fault. Today, I am a grown woman who is suing the president of the United States for defamation."

The lawsuit claims that "through express statements and deliberate implications, he accused Carroll of lying about the rape in order to increase book sales, carry out a political agenda, advance a conspiracy with the Democratic Party and make money. He also deliberately implied that she had falsely accused other men of rape. For good measure, he insulted her physical appearance. Each of these statements was false. Each of them was defamatory."