"We need to plan for the possibility containment of this epidemic isn't possible." 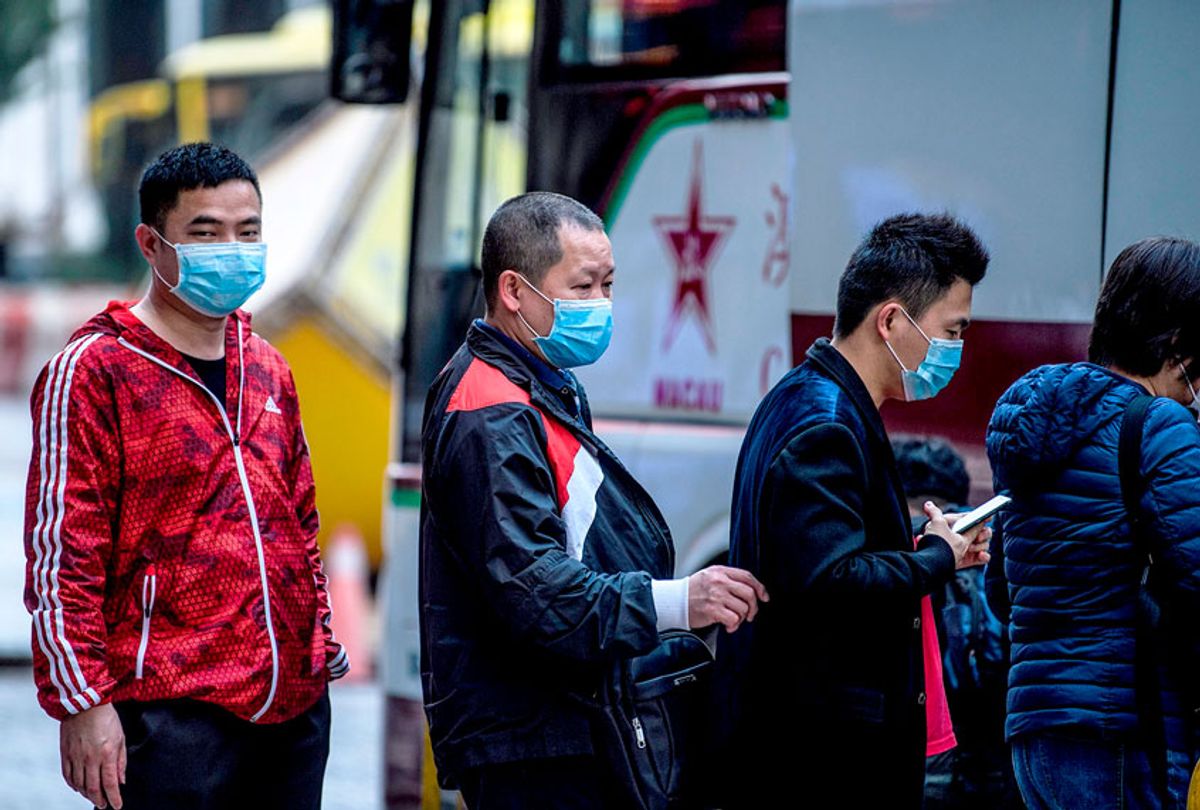 Tourists wear face masks as they prepare to board their tour bus outside the New Orient Landmark hotel in Macau on January 22, 2020, after the former Portuguese colony reported its first case of the new SARS-like virus that originated from Wuhan in China. (ANTHONY WALLACE/AFP via Getty Images)
--

The coronavirus outbreak in mainland China is spiraling out of the country's ability to control it and spreading across the world as health experts warn that it may be impossible to fully control what could be turning into a global epidemic.

Experts in infectious diseases told Scientific American's health vertical STAT on Monday that despite the efforts of the Chinese government to contain the virus it may be too late.

"Despite the enormous and admirable efforts in China and around the world, we need to plan for the possibility containment of this epidemic isn't possible," Imperial College London health professor Neil Ferguson told STAT.

The number of publicly reported infections in China jumped 60% overnight, from 2,835 cases to 4,515. The number of deaths now exceeds 100. As the New York Timesreported, a shortage of test kits may mean the number of infected is far higher.

On CNBC's "Squawk Box" Tuesday, former FDA Commissioner Scott Gottlieb said the number of cases could be in the tens of thousands.

"I think we are dramatically underestimating" the number of cases in China, Gottlieb said.

Face masks are selling out in the U.S. and other regions of the world.

There have been no deaths from the virus thus far outside of China and the Chinese deaths are reportedly from elderly and immuno-compromised individuals who contracted the illness.

Mark Parrish, the regional medical director of Northern Europe at medical securities firm International SOS, told CNBC that the death rate should be understood in perspective.

"Putting it into perspective, 100 deaths or so, so far, all in elderly people and those that have other co-existing diseases unfortunately," said Parrish. "And those are the ones that are most likely to be affected by this as their respiratory systems find it difficult to deal with these things."

Ferguson and the other experts consulted by STAT said that the virus could end up uncontained and that it may be a disease humans have to live with.

"The more we learn about it, the greater the possibility is that transmission will not be able to be controlled with public health measures," said Toronto-based microbiologist Dr. Allison McGreer.

Vaccine and infectious disease researcher Trevor Bedford told STAT that he fears the outbreak is still in the early stages.

"If it's not contained shortly," said Bedford, "I think we are looking at a pandemic."