Oscar live-action short film spotlight: From voyeurism to a donkey with headphones

Before seeing the nominated shorts in theaters, read Salon's interviews with the filmmakers for three of them 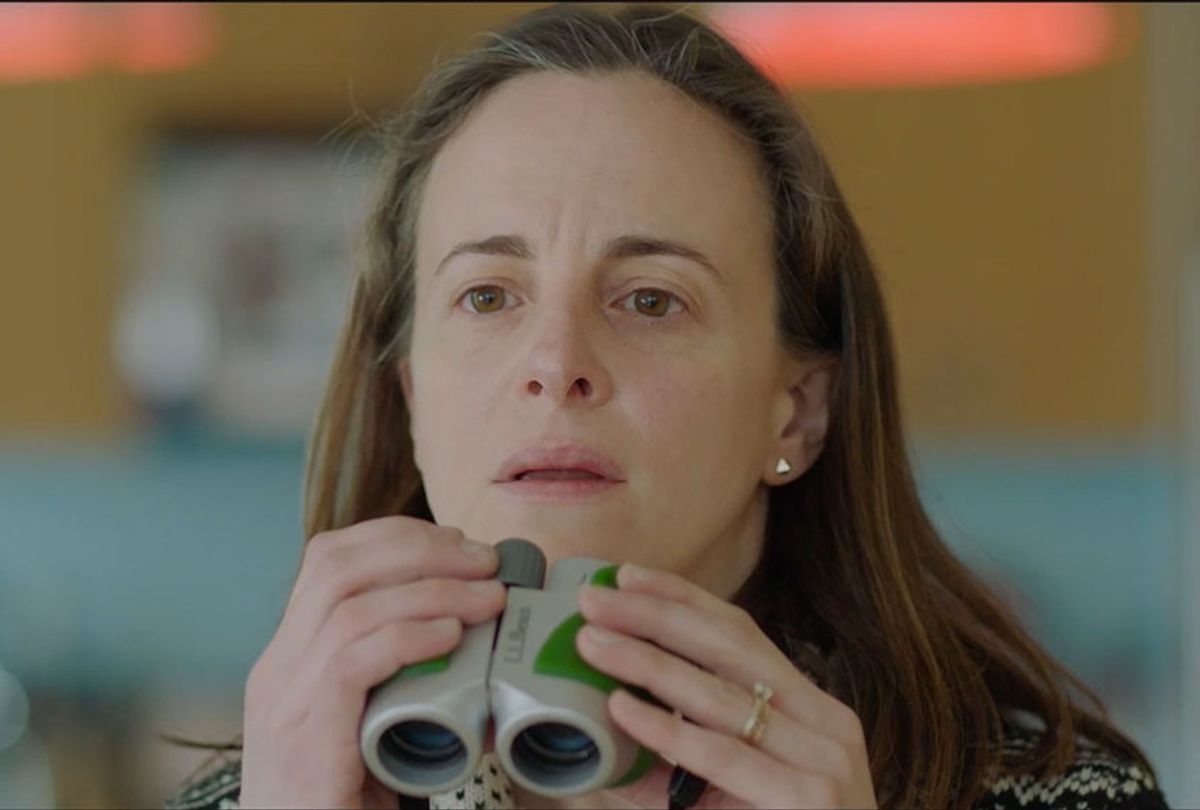 There were, reportedly, 191 live action short films that qualified for the Oscar this year. After being whittled down to a shortlist of 10, five short films were nominated in this category. The odds of winning may be a longshot, but the opportunity for a filmmaker's short to be seen is also quite dear.

Academy members and fans of short films can see the five finalists, however, as the nominated shorts are being screened theatrically in select cities around the country starting Jan. 31. Among them are "A Sister" by Delphine Girald, "Saria" by Bryan Buckley, "The Neighbors' Window" by Marshall Curry, "Brotherhood" by Meryam Joobeur, and "Nefta Football Club" by Yves Piat.

Salon spoke with three of the filmmakers in contention for this year's Oscar for Best Live Action Short Film about their films, and their road to the gold.

"The Neighbors' Window" by Marshall Curry

This is the director's fourth Oscar nomination, and his first fiction film in which a couple in New York City casually, then more intently, observes the daily lives of their neighbors in the apartment building opposite theirs. The story is inspired by a real-life story that Curry heard on the "Love + Radio" podcast that was rebroadcast on "Radiolab." His short film won prizes at six Oscar-qualifying film festivals including Hollyshorts, St. Louis, Nashville, and Rhode Island, and had a theatrical run at the IFC Center in New York City to be eligible for nomination. Curry recently chatted with Salon about his film and his chance to finally win an Oscar.

Do you think having been nominated before, albeit in both the documentary feature and short subject categories, helps or hurts you in the Oscar race?
Always a bridesmaid and never a bride. The way the shorts are selected are by a different branch, so I knew maybe one person, in the [live action shorts] branch. They may not know me or my work. I don't know that it helped. Now the category is open to the whole Academy to vote on, so maybe more people know my other work, for better or worse. I don't know how it affects things. But I am pleased it was nominated and hope it won't be overlooked. I am totally thrilled we this got nominated. This was a piece of art people got together to make, and it's exciting to get this response.

What prompted you to make a fiction film but also a short?
I mostly made it because I wanted to go through the process of writing a script and working with actors and see whether I even liked it. I had an itch to try something fiction and I didn't want to spend years trying to get on a set and then discover that I didn't even enjoy it. Some people have said they make a short as proof of concept for a feature. I wanted this story to be a short film. I thought it was like an O. Henry story. It has a clear beginning, middle, and end. I knew that I wanted it to feel funny and light and sexy in the beginning to hook people to pay attention, and then slowly to turn serious and deeper. That was part of the appeal.

Do you think being the only American film in the category gives you an edge?
Every year there are a lot of international [short] films. And it seems people like them. I don't know if that helps or hurts us.

Can you talk about campaigning?
There is not that much you can really do, I think. If you have a million dollars, you can buy ads in Variety, but this movie is a labor of love. We didn't have a budget to make it; it was funded by a grant. We don't have money to do a campaign. There are a couple of screenings, but not a lot more than that. For this category the best you can hope for is that people will watch the films and consider them. My goal is to get [voters] to pay attention to the category and consider the films. My worry is that they skip this category on the ballot.

In this dramatic film set in Tunisia, Mohamed (Mohamed Grayaâ) is a traditional father who is very concerned when his son Malek (Malek Mechergui) returns from Syria with a wife in tow. The film won multiple prizes on the festival circuit which included seven Oscar-qualifying festivals. It also had a theatrical release in New York and Los Angeles as part of the Sundance shorts film tour. Joobeur, spoke via Skype about her film's Oscar chances.

How did you come to make this short?
In 2016, I took a road trip in North Tunisia. I was there with my friend Vincent Gonneville, who was the film's cinematographer. We wanted to discover different landscapes in Tunisia. I grew up in a small village. One day we were driving, and we saw two redheaded kids walking with sheep. There was something so captivating in their faces. We both felt there was something special about them and that place and we learned a lot of men from that area went to Syria. The narrative built in my mind of telling the story of Tunisian foreign fighters in Syria coming home and what they left behind. I fictionalized the story.

Can you talk about why this story was suited for a short film?
What I thought would be effective is to show the transformation of the father. In the beginning of the film he's very hardline; his moral compass is rigid. I wanted to show the moment when that begins to crack. In 25 minutes, I could do that effectively and that could be powerful.

Do you think your film, being Tunisian/Canadian, helps or hurts you in the Oscar race?
It's a hard question, it's my first experience with the Academy Awards. I didn't know the process until this year. Even this year with "Parasite," there's a deep interest to understand the rest of the world. But the industry has been set up where they think they know what audiences want. It's a conservative guess. But seeing "Capernaum" [last year] or "Parasite" get nominated [as Best International Films] is encouraging. That "Brotherhood" has gone this far means that the humanity of the story has translated. This is the first Tunisian film to be nominated. I'm proud of that.

What observations do you have about having to campaign to win?
I feel like I am in this situation where I'm trying to find a healthy balance. I want to enjoy the experience and be present and want to share it, but I feel that in the film there are powerful and important messages to highlight and that goes into the PR side. What's the point in getting to this place if you don't enjoy it fully? I'm relying on my team and balancing that and seeing if we can get as many voters to watch it.

There are so many steps to get to this place. As a budding filmmaker you have dreams, but as you start making films, I let go of my illusions and focused on the process and the connections made making the film. I feel I've already won. It's a cool thing. My dad's ego's going to explode.

The big pride I have it is that it's happening for "Brotherhood." It's from a pure, instinctive place and it's about faith and trusting my gut. Its immensely touching and rewarding.

"Nefta Football Club" is writer/director Yves Piat's comedy about two soccer-playing boys in Tunisia, Abdallah (Mohamed Ali Ayari) and Mohamed (Eltayef Dhaoui) who unexpectedly come across a donkey in the desert. Trouble ensues. The film qualified for the Oscar by winning the Best Comedy Short at the Aspen Shortsfest. Piat along with producer Damien Megherbi chatted via Skype about their film.

What inspired you to make "Nefta Football Club"?
Piat: There are many inspirations. When I was 4, I went to the Belgian border North of France. I put one foot on each side of the border, and that was very impressive to me. When I was 13 years old, I snuck out to forbidden places with a friend of mine and one day we found something that was also an inspiration.
Megherbi: You also traveled a lot, and wanted the short to take place between Morocco and Algeria — the fantasy landscape and the desert play a great part in the story, a no man's land.

Can you talk about your approach to the film?
Piat: It was a short in my head and I can't say why; it wasn't calculated. I was inspired. It was just a question of rhythm with the editing. I wanted to put the attention on the children otherwise the film's balance was off.
Megherbi: We wanted to get the maximum ideas in 17 minutes. Having a longer film would be unnecessary.

Do you think your films, being French/Tunisian, or that it's a comedy, puts you at an advantage/disadvantage in the Oscar race?
Megherbi: We don't know. What do you think?!  Not being American might be a disadvantage, but I think the more important thing is that the voters see the film. All along the festival circuit the film has had amazing reactions from audiences in the theaters. They react and love and are moved by it. Even though it's a Parisian/Tunisian film, set in the desert and filmed in Arabic, we hope audiences connect with the film.
Piat: Seeing it in the theater and with an audience is huge; it's not the same thing if you watch the movie on the small screen. That's why we go to the theater. For the magic.

What observations do you have about having to campaign?
Megherbi: Mostly we're working social media and with the press. It's very important. We're trying to get support among voters and members. Being a short film, attracting the attention of the Academy because we don't have a platform or a U.S. distributor to present the film, we hope that members from different categories will watch the shorts. We hope they will enjoy seeing all the short films. But it is enjoyable to have this opportunity to communicate about the film, Yves's work, our company, etc. We are so lucky to be there. We are not Americans and we are learning a lot about how the Oscar rules work and it's so rich…. It's a dream come true.
Piat: For sure, for sure, for sure. It's more difficult to arrive with a short film because there are a lot of short films, between 15,000 and 30,000 short films produced each year in the world. It's not easy to arrive at this stage.

The Oscar shorts will be shown theatrically in select cities starting Friday, Jan. 31. Check out listings at Shorts.tv.