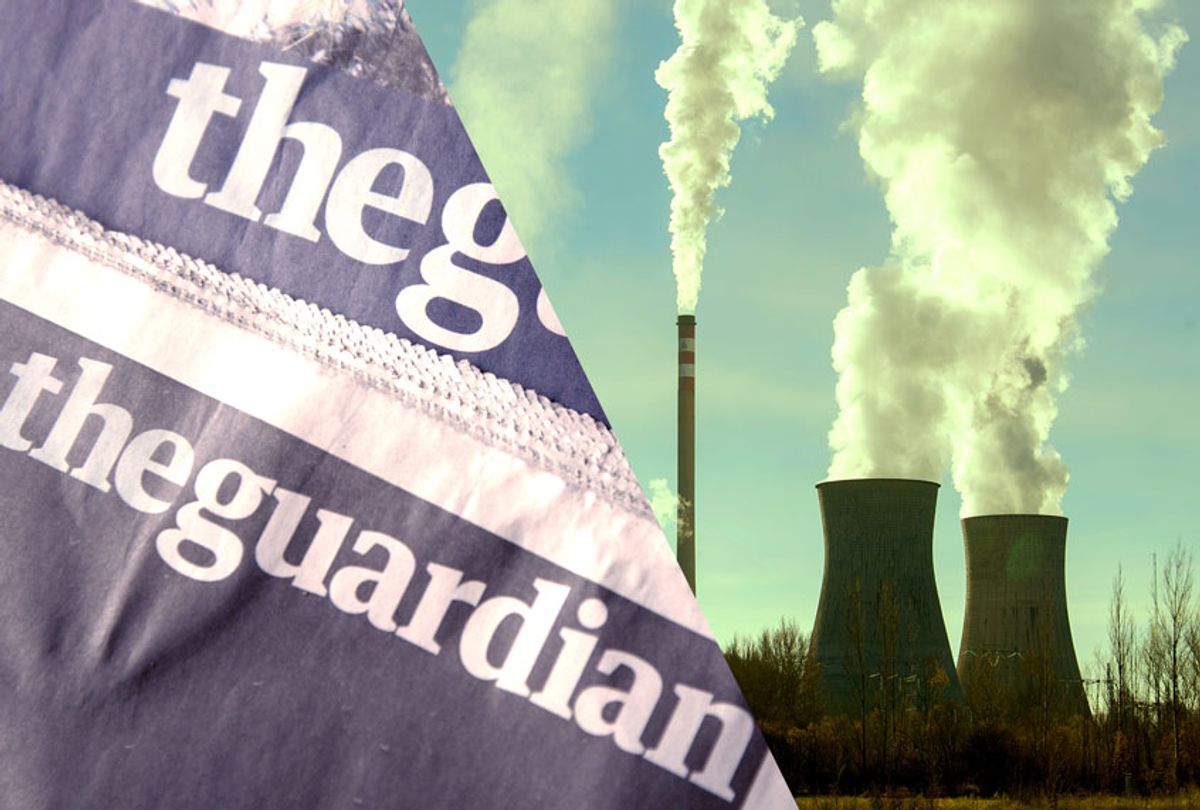 The climate crisis has inspired many companies to tout their green credentials; meanwhile, some groups of corporate employees, including at Amazon, have rallied their employers to limit carbon emissions. Now, the British newspaper the Guardian has taken an admirable, albeit financially risky approach by announcing that they will stop accepting advertisements from oil and gas companies. It is possible that such action will set a trend in the media sphere at large.

In a blog post co-authored by Anna Bateson, the Guardian's acting chief executive, and Hamish Nicklin, the chief revenue officer, the newspaper announced: "We have decided that we will no longer accept advertising from fossil fuel extractive companies on any of the Guardian's websites and apps, nor in the Guardian, Observer and Guardian Weekly in print."

The executives wrote the decision "is based on the decades-long efforts by many in that industry to prevent meaningful climate action by governments around the world."

As noted, advertising is a critical part of the newspaper's revenue — roughly 40 percent of it last year came from advertising. In the announcement, Bateson and Nicklin admitted that readers will likely want to see the Guardian stop accepting ads from other high-carbon industries, like cars or tourism, but said that doing so would amount to "a severe financial blow."

The announcement further explained their reasoning:

This announcement marks a series of changes for the storied British publication, which has recently shifted its editorial voice to include greater reporting on climate. In October, the Guardian updated its style guide to refer to use the terms "climate emergency" or "climate crisis" instead of "climate change," because it "is no longer considered to accurately reflect the seriousness of the overall situation."

In some ways, the Guardian is uniquely positioned to make such a change. It is owned by a charity, the Scott Trust, and it has already shifted its investments away from fossil fuel. In 2015, the Guardian Media Group (GMG) announced it was planning on selling all the fossil fuel assets in its investment fund of over £800 million. Today, according to the latest announcement, fossil fuel-related investments represent less than 1 percent of the media group's total funds.

The Guardian added that the newspaper has "made huge efforts to rebalance the Guardian's finances over the past four years, and thanks to the generosity and support of readers — and advertisers — we have begun to restore the Guardian to a healthier financial state."

Some environmental groups have praised the news. On Twitter, Greenpeace UK called the announcement "a huge moment in the battle against oil and gas for all of us!"

The movement to divest from fossil fuel industries has gained traction in other industries over the last several years as well. Last year, the University of California system ended its fossil fuel investment funds. More recently, Blackrock said it would divest $500 million in coal interests.

Author and environmentalist Bill Mckibben wrote in 2018 that divesting is an effective strategy to weaken the power of oil and gas companies.

"Divestment by itself is not going to win the climate fight," McKibben wrote. "But by weakening – reputationally and financially – those players that are determined to stick to business as usual, it's one crucial part of a broader strategy."