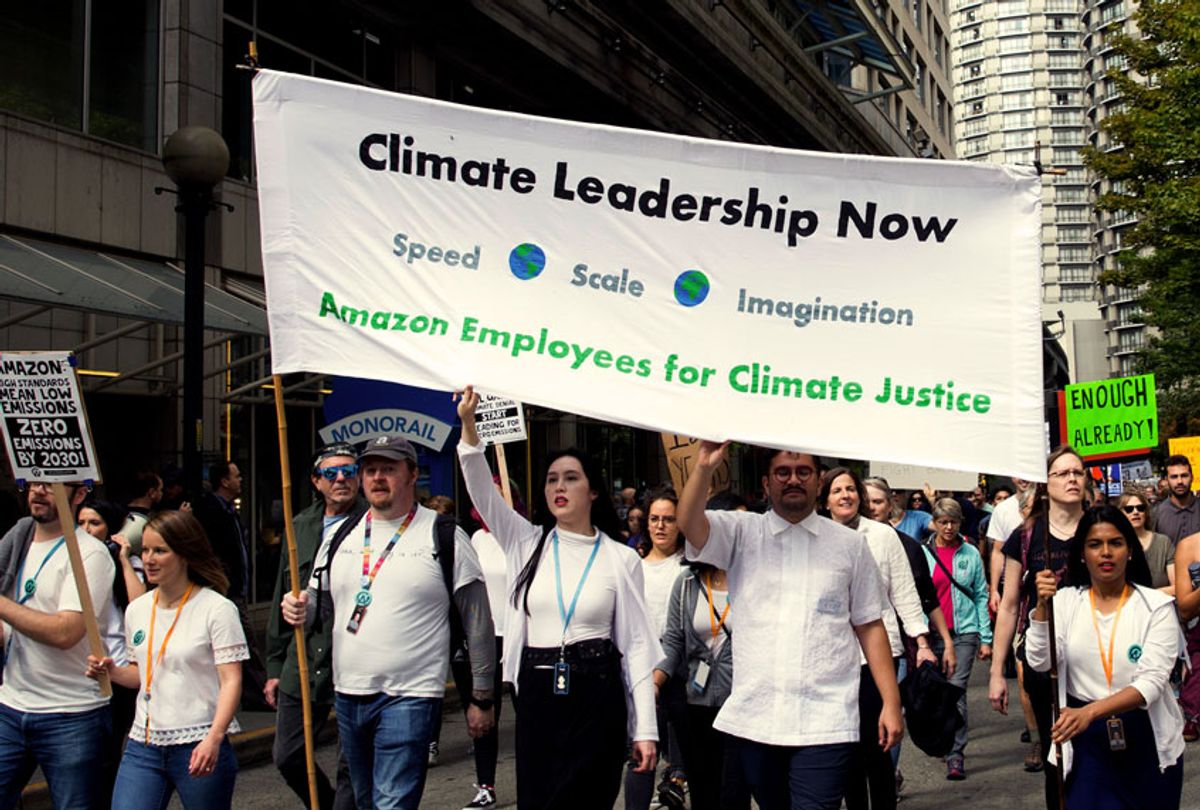 Amazon threatened to fire workers for speaking out to the press against the company’s role in climate change, according to the grassroots Amazon employee organization Amazon Employees For Climate Justice (AECJ)‏.

The group is made up of Amazon workers who have staged a walk-out of thousands of employees, and confronted CEO Jeff Bezos demanding that he address their concerns about the company's role in the climate crisis.

Amazon employee Maren Costa, a User Experience Principal Designer, was threatened with termination of employment for speaking to the Washington Post in October. Salon has viewed the email threatening her termination for allegedly violating the company’s external communications policy.

Costa was under an internal investigation after Amazon learned she was quoted in the Washington Post article. In the email, an employee relations employee said Costa did not “knowingly” violate the company’s external communications policy, therefore she would not receive a “formal corrective action.” However, the email stated that future violations could result in a “formal corrective action,” which could include termination. The email was sent on November 22.

According to a separate Washington Post report, Costa is one of at least two Amazon employees who have been warned via email. A third employee was reportedly warned in a separate meeting. AECJ published a press release on Jan. 2 on Twitter with statements from employees regarding the warnings.

According to the AECJ press release, Amazon updated its policy about workers speaking to the press and on social media one day after the group announced they were organizing the climate walkout in September. The updated policy requires Amazon employees to seek approval from Amazon prior to speaking out about the company in any public forum.

In a statement to the Washington Post, an Amazon spokesperson said the policy “is not new" and "is similar to other large companies."

Workers say the policy is just a way to silence employees from speaking out against the company.

“This policy is aimed at silencing discussion around publicly available information,” Victoria Liang, a software engineer at Amazon said in the press release. “It has nothing to do with protecting confidential data which is covered by a completely different set of policies.”

Another Amazon employee,  Justin Campbell, a data engineer, said in a press release that the policy won’t silence the workers' activism.

“Amazon’s policy is not going to stop the momentum tech workers have built over the past year at Amazon,” Campbell said in the press release. “The climate crisis is the greatest challenge we face and the only way we can find solutions is by protecting people’s right to speak freely and disrupting the status quo.”