Trump may outdo Richard Nixon in his quest to turn the presidency into the seat of absolute, monarchic power 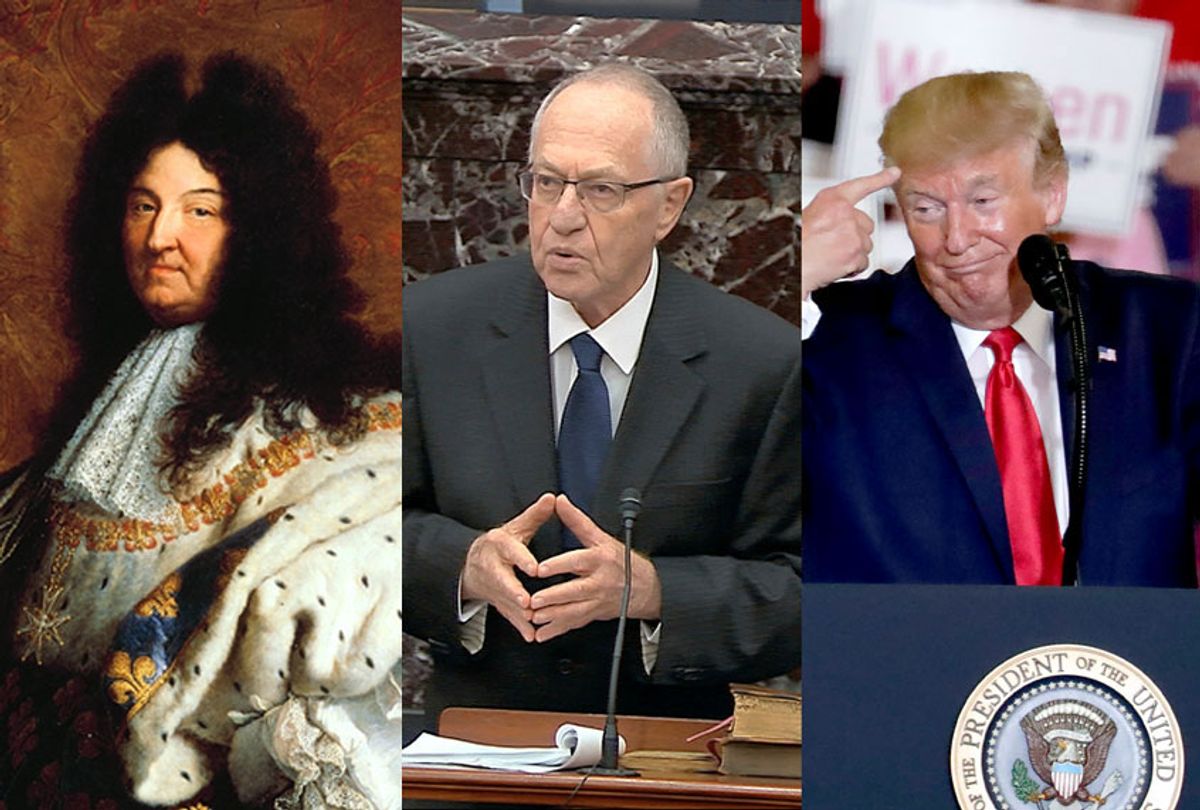 I don't think anyone in the country ever believed that two-thirds of the Senate would vote to remove Donald Trump from office in his impeachment trial. When the president famously said he could shoot someone on Fifth Avenue and not lose any votes, he wasn't kidding, at least when it comes to GOP officials. He has an iron grip on his party.

From the first moment of the trial, it's been obvious that Majority Leader Mitch McConnell's only organizing principle was to prevent the hearing of witnesses and get the trial over with as soon as possible. John Bolton's announcement that he was willing to testify before the Senate under subpoena presented a slight bump in the road, which McConnell finessed easily with his gambit to put off the issue until the end of the trial. When the New York Times reported that Bolton's testimony would directly implicate the president, McConnell put the squeeze on any wavering GOP senators and as of Thursday night, it appeared clear that there would not be enough votes to allow him to testify.

Sen. Lamar Alexander, R-Tenn., who is retiring after this term, was considered most likely to be the necessary fourth Republican vote for witnesses. He issued a statement saying that while he believes the House managers had fully proved their case, he believes that the president merely acted "inappropriately." In Alexander's mind, there is no need to hear any other witnesses and the Senate doesn't have the authority to remove Trump from office. That's the closest anyone on the Republican side has come to admitting that the president did something wrong, so it apparently passes for political courage in the Trump era.

House managers have presented a meticulous case showing that the president has abused his power, arguing that to fail to hold him accountable would make him a de facto king. At first, Trump's defense lawyers argued that he didn't do it or that he was just a selfless corruption crusader. But when former Harvard law professor Alan Dershowitz took the podium he basically stipulated to everything the House managers have said, arguing that nothing can be done about it because abuse of power is not an impeachable offense. Two days later he doubled down on that argument saying, "If a president does something which he believes will help him get elected in the public interest, that cannot be the kind of quid pro quo that results in impeachment." In his mind, a president who believes it's in the nation's interest for him to be the president is free to do whatever will ensure his election.

Trump has said over and over again that he believes this as well. The House managers played a video of him saying that Article II of the Constitution means "I can do whatever I want" several times during the trial. That is hardly the only time he's said such things.

During the Mueller investigation, for instance, Trump said many times that he had "the right" to pull the plug if he chose. Here said this to the New York Times just a year ago:

I've chosen to stay out of it. But I had the right to, as you know, I had the right if I wanted to to end everything. I could've just said, "That's enough." Many people thought that's what I should do.

Or how about this edict?

"Our great American companies are hereby ordered to immediately start looking for an alternative to China including bringing … your companies HOME and making your products in the USA." When leaving the White House for the G7 summit in France, Trump told reporters, "I have the absolute right to do that, but we'll see how it goes."

Donald Trump has been a fierce proponent of an unaccountable imperial presidency since before he took office. He announced during the transition that the president can't have a conflict of interest and he could run his business and the country at the same time if he chose to. Even today he "jokes" about extending his presidency beyond the constitutionally limited eight years.

Like Louis XIV, he routinely suggests, l'état, c'est Donald Trump. Dershowitz was just defending his client, the man who would be king.

This also has loud echoes of the most disgraced president in history (until now), Richard Nixon, and his famous quote from his interviews with David Frost: "When the president does it it's not illegal." It's worthwhile to note the context because while Trump's impeachment concerns manipulation of foreign policy for his personal benefit, Nixon's use of the concept applied to domestic policy.

Frost asked Nixon about the impeachment article relating to his abuse of presidential power, which had concerned a White House plan to use the CIA, FBI and other intelligence agencies to quell dissident activity with "wiretappings, burglaries, or so-called black bag jobs, mail openings and infiltration against anti-war groups." Nixon had signed off on the plan but was thwarted by objections from FBI Director J. Edgar Hoover.

Frost: Would you say that there are certain situations ... where the president can decide that it's in the best interests of the nation, and do something illegal?

Nixon: When the president does it, it's not illegal.

Nixon: Exactly, exactly. If the president, for example, approves something because of the national security, or in this case because of a threat to internal peace and order of significant magnitude, then the president's decision in that instance is one that enables those who carry it out, to carry it out without violating a law. Otherwise they're in an impossible position.

Frost: The point is: The dividing line is the president's judgment?

Nixon: Yes, and so that one does not get the impression that a president can run amok in this country and get away with it, we have to have in mind that a president has to come up before the electorate.

He added that the Congress has the power of the purse and that "trusted" members of Congress had been read in on some of the covert activity, as if that made it OK. Sound familiar?

Donald Trump almost certainly knows nothing of Nixon's presidential immunity theory, but he has behaved in almost exactly the same way. Instead of his party stepping up to stop him, they are about to endorse his behavior.

If Trump wins a second term, can there be any doubt that he will follow even more closely in Nixon's footsteps and go after his political enemies at home? And unfortunately, we don't seem to have leaders in the Department of Justice with the integrity of (checks notes) J. Edgar Hoover anymore.

After Nixon resigned in 1974, Congress enacted many reforms to preclude those abuses from ever happening again. We are now right back where we started, if not worse.