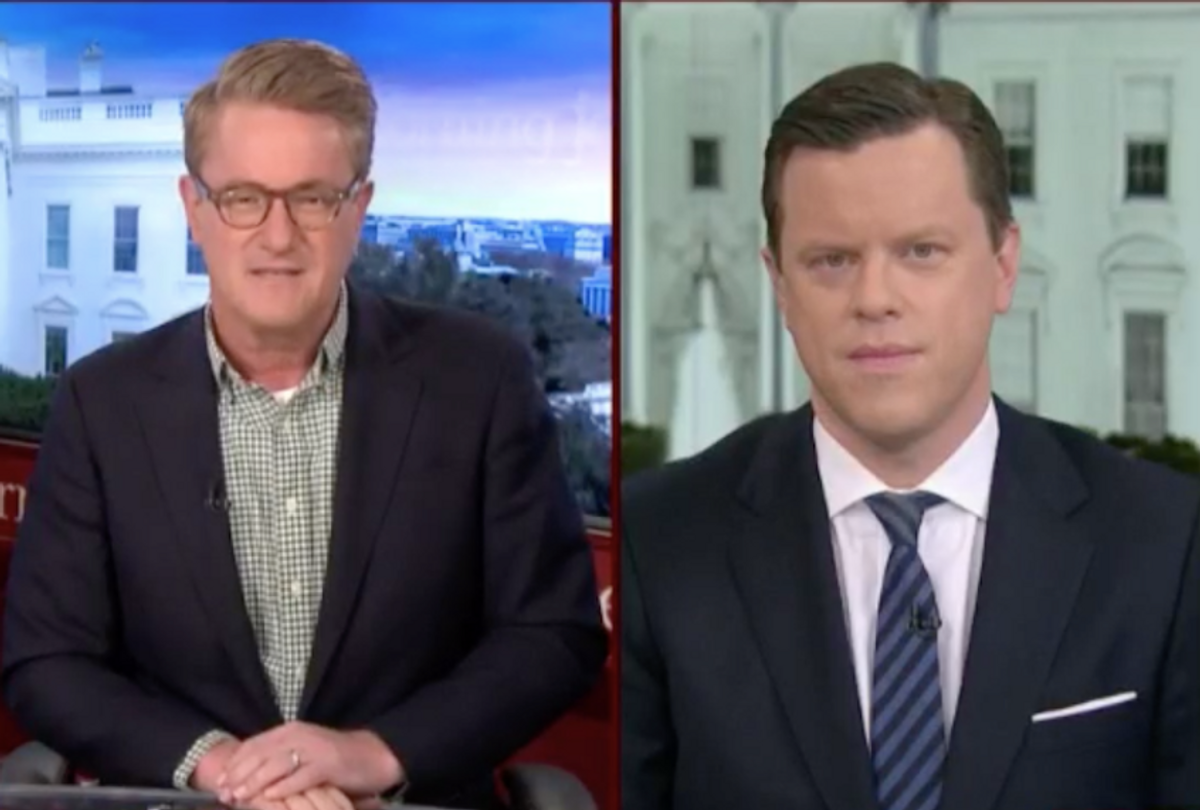 MSNBC's Joe Scarborough shamed Sen. Lamar Alexander and the rest of the Republican Party for covering up President Donald Trump's wrongdoing in the Senate impeachment trial.

The Tennessee Republican admitted that Trump was guilty as charged by the House impeachment inquiry, but Alexander said he would vote against hearing testimony from John Bolton and other witnesses who the president had blocked.

"You have the person who saw the murder, who actually has been holding the bloody murder weapon, who's ready to testify, wants to testify, and the Republicans decided last night they didn't want to hear hear that person testify," Scarborough said.

Bolton's allegations will come out when he publishes his forthcoming book, and Scarborough said that will come back to haunt GOP senators.

"Listen, I'm fine with it because the Republicans have shamed themselves already, they're going to vote to acquit," he said. "This information's going to come out anyway in a far less controlled manner, so the truth will be known, it will be shouted from the mountaintops, it'll just make the Republicans look worse."

"My God, I think there were some people that were hoping that a few spasms of character would break out during the trial," Scarborough added. "No luck, this trial will end as it began, with Donald Trump completely owning the Republican Party, and the character of basically every Republican senator."