Due to an ongoing war on regulation, Kobe Bryant's helicopter lacked safety tech that the NTSB has long called for 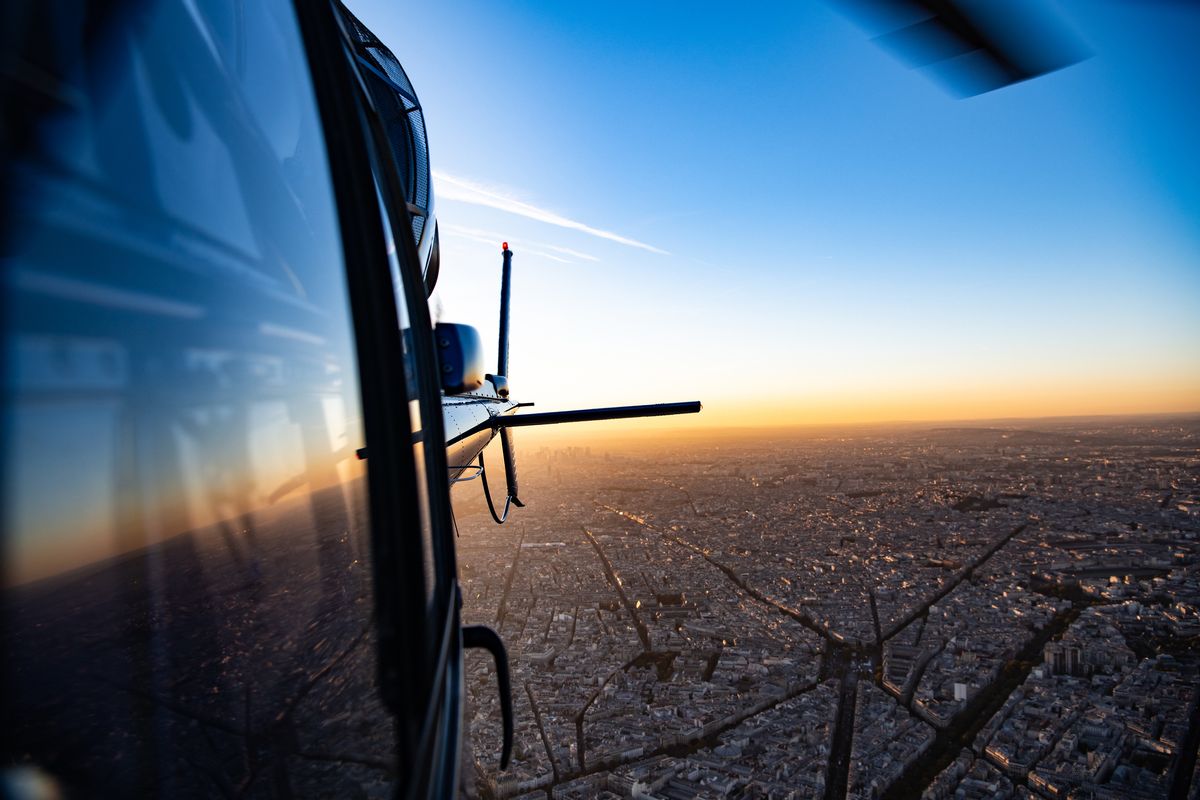 One of the central premises of Donald Trump's great reign of error is that the Federal government over-regulates the private sector, and in the process strangles innovation, profits and economic expansion.

And so, he has fashioned himself as the invincible dragon slayer for private enterprise in his dark suit with red silk satin power tie. By going after agencies like the EPA, the National Weather Service and the USDA on a search and destroy mission he takes aim at what is really basic science in the public interest so as to unshackle free enterprise from any broader societal obligation.

In the process, this Trump multi-front assault, so much broader than what he was impeached for, has been fully embraced by the now all-powerful markets and their profiteers. These Trump cheerleaders are increasingly inebriated from their ever upward stock market trajectory they have lost sufficient oxygen flow to their brains and so now believe their own press-released propaganda.

The Trump "way-back" time machine has taken us back to the late 19th and earliest 20th century America, just before Upton Sinclair's "The Jungle" graphically alerted the public to the unfettered abuses of unchecked market capitalism in the nation's slaughter houses.

Sinclair artfully used a novel depicting the miserable existence of immigrant workers being brutally exploited in Chicago's meatpacking industry in hopes of making a case for a socialism informed by the American experience.

Unfortunately, the hard-charging muckraker, who worked undercover in a meatpacking plant for several weeks to gather the authentic reporting required, came up short in his bid to foment the long overdue socialist revolution. (That would be left to our generation.)

What Sinclair's reporting did accomplish was providing the ammunition for President Theodore Roosevelt, known for trust busting and the expansion of American racist hegemony, to advocate for the creation of the 1906 Meat Inspection Act followed by the 1907 Pure Food and Drug Act.

Over a century later, deluded with the hubris of our belief that human progress is indomitable, we so take for granted the existence of these oversight agencies that we assume by now capitalists have internalized a social conscience that automatically does right by the public.

And yet there are so many examples where industries that we increasingly rely on in the 21st century continue to put profits over people often with catastrophic effect. The corporate media, vested in all manner of big business and strategic alliances, all too often let it slide.

In the case of the aviation industry these laissez-faire forces are actually abetted in their betrayal of the public trust by the very agency charged with regulating them.

From its inception the Federal Aviation Administration had a seemingly contradictory mandate — promote the industry it was tasked with regulating.

The FAA in many ways is a precursor of the "self-regulating" model for commerce which has increasingly gained traction as monopoly capital has established dominion over our government.

"Aviation industry leaders believed the airplane could not reach its full commercial potential without federal action to improve and maintain safety standards," the FAA explains in its online mission statement. "At their urging, the Air Commerce Act was passed in 1926. This landmark legislation charged the Secretary of Commerce with fostering air commerce, issuing and enforcing air traffic rules, licensing pilots, certifying aircraft, establishing airways, and operating and maintaining aids to air navigation."

Add in decades since of the revolving door, where regulators get rewarded with jobs with the very corporations they once monitored, and many millions of dollars in direct payment to politicians from both political parties, and you have an entirely compromised regulatory regime.

Case in point would be the Sikorsky S-76B helicopter that crashed into a rugged hillside not far from Malibu, killing retired basketball superstar Kobe Bryant and his 13-year-old daughter Gianna; Ara Zobayan, 49, the pilot; Christina Mauser, 38, an assistant basketball coach at Bryant's academy; John Altobelli, 56, head baseball coach at Orange Coast College in Costa Mesa, along with his wife, Keri Altobelli, 46, and their daughter Alyssa Altobelli, 13; Payton Chester, 13, who played on Bryant's basketball teams, and her mother, Sarah Chester, 45.

In the post-crash press conference, Jennifer Homendy, with the National Transportation Safety Board, disclosed the helicopter wasn't equipped with a terrain alert warning system (TAWS), which alerts pilots when their aircraft has gotten too close to the ground.

Incredibly, as far back as March of 2006 the National Transportation Safety Board had called on the FAA to require all U.S. flagged turbine-powered helicopters that flew at least a half-dozen people to be equipped with the TAWS system.

That initial request from the NTSB was in response to their investigation of a 2006 Gulf of Mexico crash that left ten people dead.

As NBC reported, the FAA "instituted the requirement for air ambulances and other medical helicopters — but not for all such helicopters. After years of discussion, the NTSB objected in July 2012 to what it called the FAA's 'unacceptable response.'"

As it turns out, the helicopter in question is part of a whole class of exempt aircraft that aren't required to be outfitted with a so-called black box recorder either, which would greatly enhance the quality of post-crash investigations.

At press time it was still too early to tell whether or not the absence of the TAWS technology contributed to the cause of the crash in extremely foggy weather, but there is expert consensus that requiring their installation years ago would have saved many lives.

Peter Goelz, a former NTSB managing director, told USA Today, that it's "inexcusable" that TAWS and black boxes were not required. "These things come down to a cost-benefit analysis," Goelz told USA Today. "Because of the rarity of accidents, that doesn't work out. But cost-benefit should not apply to safety. Safety should always trump."

Sad to say, the "The Jungle" days, when a lack of rigorous regulatory oversight can produce catastrophic events are still with us.

Boeing's defective 737 Max jet design was able to get by regulators because the FAA was too reliant on the jet-makers' employees to vouch for its safety, according to a multinational task force of aviation experts.

John Samuelsen, president of the Transport Workers Union, which represents thousands of mechanics with American Airlines, said in a text that the international fact-finding report showed the consequences of the FAA becoming a captive of the industry it regulates.

"The FAA can never rely on the aviation industry to ensure that the system is safe as possible, both in manufacturing and service delivery," he wrote. "The industry instinctively puts profits ahead of safety and that's the cold hard truth. The FAA must once again become the independent body which works for the American people. These incestuous relationships with air carriers and manufacturers must end."

But here's the real takeaway: Letting big business run the show because they buy off everybody is ultimately bad for business.