The Super Bowl should be a sports bar's biggest night — why isn't it? 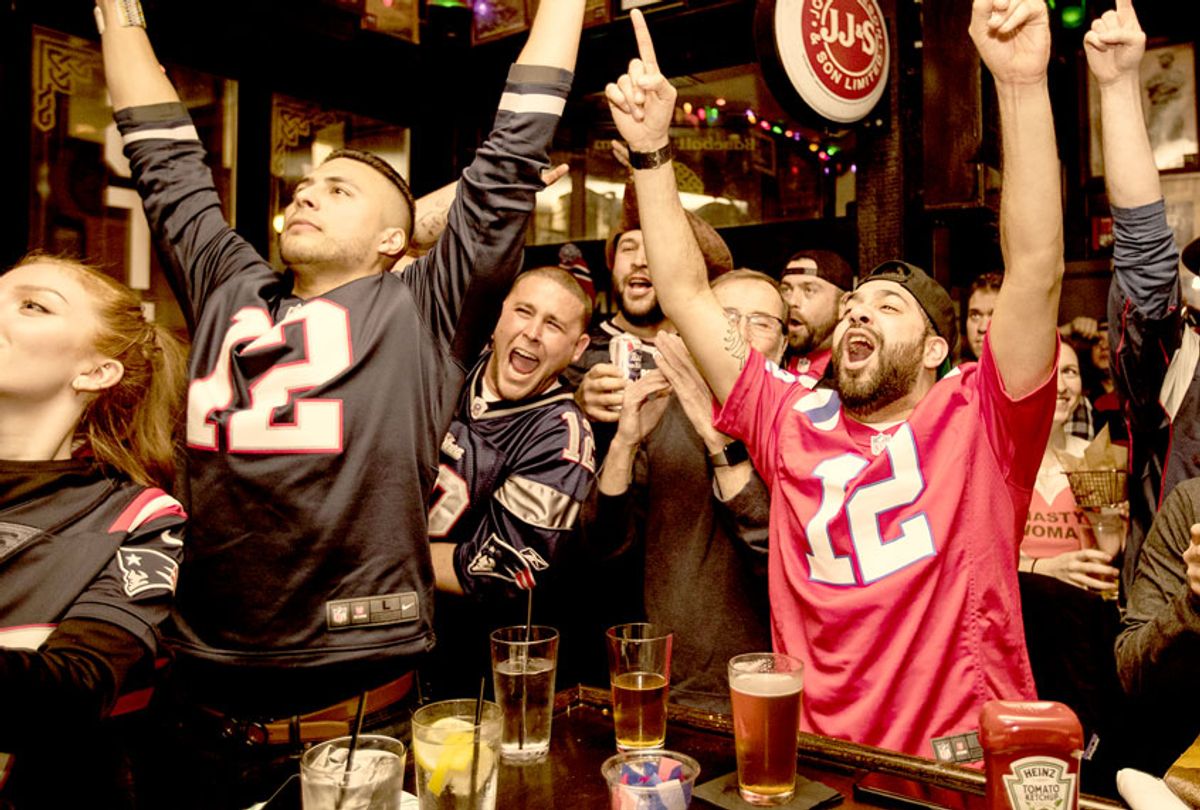 New consumer spending data suggests that the 2020 Super Bowl may be one of the strongest yet, with nearly 194 million adults saying they have plans for the Big Game, according to the National Retail Federation. But while it's anticipated that those watching the San Francisco 49ers and the Kansas City Chiefs face off on Sunday will spend an average of $88.65 on food, beverages, and merchandise, it's unlikely that sports bars will profit.

Super Bowl parties have existed since the first game was broadcast in 1967, and national brands have often seized the opportunity to sell to those entertaining at home. My personal favorite was found in a collection of vintage Kraft test kitchen pamphlets. The 1988 issue suggested throwing a black and white-themed party as a nod to referees and included a menu of flank steak and tortellini salad, both made with Kraft dressings.

Over the last decade, the trend of celebrating Super Bowl Sunday from home has increased signifcantly, which means that fans aren't watching as much in sports bars, a traditional community venue for for taking in a game. In 2011, Wall Street Journal writer Julie Jargon spoke with Jamie Lisanti, the marketing director of the sports bar Steelhouse Pittsburgh just as the Pittsburgh Steelers were preparing to play the Green Bay Packers.

"It's increasingly difficult to find things that are worth it for people to come out of their homes," Lisanti told Jargon. She blamed both the proliferation of big-screen televisions and an economy that was just beginning to rebound from the 2008 financial crisis.

"People don't want to pay for gas to get downtown, pay to park, pay to drink, tip," Lisanti said.

According to Nielsen's National Television Household Universe Estimates, there are 120.6 million  homes in the United States with television sets for the 2019-20 television season, and the average screen size in the U.S. is now 52 inches. And, per the data from the NRF, the majority of viewers who plan on watching that game will be watching it on those home television sets.

This leaves sports bars in a position where they have to go on the offensive to lure in customers, and it looks like one popular play is emerging: offering free food.

In January, Buffalo Wild Wings, a sports bar franchise with 1,238 locations, announced that if the Super Bowl goes into overtime, every customer will receive an order of free wings.

"Football fans love to have fun with our established connection to overtime, tweeting at us any time a game goes to extra time. That was taken to the next level last year when free wings were on the line, so we knew we had to bring this program back," said Seth Freeman, Chief Marketing Officer, Buffalo Wild Wings, in a release.

Hooters subsequently announced a similar deal: an order of six free wings if the game goes into overtime.

But owners of  national chains aren't the only ones who hope the promise of discount snacks will bring in customers. Kristie Shockley, the owner of Air Devil's Inn, a dive bar in Louisville, Ky., says that the bar will be offering a menu of free food. "Our drink prices are low enough that we don't often run specials," Shockley said. "Kind of generic, but that's what we are doing."

After the bar nearly closed in early 2019, Shockley can't really afford a slow night. "Hence the free food this year," she said. It's her way of trying to make a play for this year's Super Bowl spending.