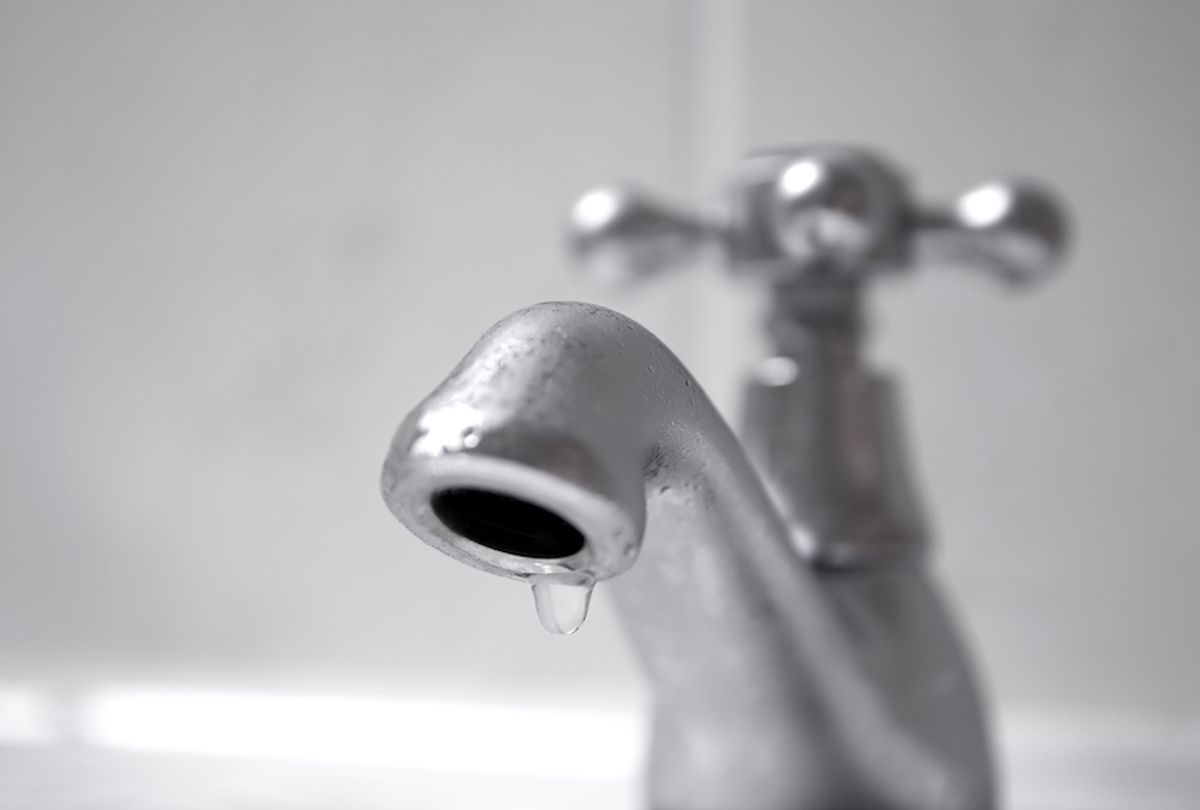 New laboratory tests confirm that drinking water in dozens of cities across the United States is contaminated with toxic chemicals known as per- and polyfluoroalkyl substances (PFAS) at levels exceeding what independent experts consider safe for human consumption. The findings suggest that previous studies have dramatically underestimated the number of consumers exposed to PFAS through drinking water and come as the Trump administration continues to gut environmental and clean water protections.

Over the past year, researchers collected tap water samples from 44 locations in 31 states and the District of Columbia ranging from large metropolitan areas to small towns. Water from every location tested positive for PFAS with the exception of Meridian, Mississippi, where drinking water is drawn from wells more than 700 feet deep, according to a study released by the Environmental Working Group (EWG) last week. Some of the highest levels of PFAS were found in major metropolitan areas, including Philadelphia, Miami, New Orleans and a northern New Jersey suburb of New York City.

The positive test results from 43 of the 44 locations suggest that harmful "forever chemicals" linked to cancer, liver dysfunction, fetal damage and other health problems have contaminated far more drinking water sources than previously known. Scientists and environmental watchdogs now say that various PFAS compounds are likely detectable in virtually all the nation's major water supplies, particularly those that draw drinking water from surface sources such as rivers and lakes.

Yet President Trump and Republicans in Congress oppose tough new regulations aimed at reducing public exposure to PFAS. Along with a small number of Republicans, House Democrats recently passed the PFAS Action Act of 2019, legislation that would direct the Environmental Protection Agency to establish national PFAS standards for drinking water and require polluters to assist in cleanup. Most House Republicans voted against the bill and it's expected to stall in the GOP-controlled Senate.

Even if the PFAS Action Act were to pass the Senate, the White House has said Trump would veto the bill. His administration has systematically rolled back environmental regulations, including sweeping clean water protections. Last week, the administration ignored its own scientific advisory board and finalized a rule that exempts half the nation's wetland and streams from regulation, leaving waterways that feed drinking water sources for 2 million people without federal protections. PFAS enters the water supply in a variety of ways, including industrial discharge and runoff from farm fields where waste from water treatment plants is used as fertilizer.

Trump's EPA is implementing a PFAS "action plan," but environmental groups say the plan does little to address widespread contamination and the agency is not moving fast enough to protect public health. PFAS pose a massive challenge because the chemicals do not break down in the environment and can persist in ecosystems and the human body for long periods of time. Scientists now believe everyone living in the U.S. has some level of PFAS in their bodies.

"There's a lot of work to be done, and there's a lot of people at the EPA who are dragging their feet in a very unconscionable fashion," said Rep. Antonio Delgado, a Democrat from New York and a member of a bipartisan congressional PFAS task force, in a press call last week. Earlier this month, Delgado added an amendment to the PFAS Action Act that would make it illegal for industries to introduce PFAS into municipal sewer systems without disclosing information about the substance first.

Of the 43 locations where tap water tested positive, only two — Brunswick County, North Carolina and Quad Cities, Iowa — had a concentration of various PFAS chemicals greater than the 70 parts per trillion federal advisory limit for PFOS and PFOA, the two most notorious and well-studied PFAS compounds. However, independent studies suggest that PFAS is dangerous at much lower levels, and the Environmental Working Group considers only concentrations of 1 part per trillion or lower to be safe for human consumption.

PFOA was formerly used in Teflon, and PFOS was used in 3M's Scotch Guard. While these chemicals are no longer added to household products, they persist in the environment and the human body. Both chemicals came under intense study after chemical manufacturers and military bases (where PFAS is used in firefighting foam) poisoned nearby communities and a number of people became sick. In 2016, the EPA issued a national health advisory for both compounds and established a temporary, non-enforceable limit for combined PFOS and PFOA in drinking water at 70 parts per trillion.

3M and Dupont, two major manufacturers of PFOS and PFOA, concealed evidence that the chemicals were hazardous from public view for decades.

Dave Andrews, a toxicologist and senior scientist at EWG, said that the 70 parts per trillion limit is "woefully inadequate" because research shows that the chemicals can damage the immune system at much lower levels. Hundreds of other PFAS chemicals are currently used by various industries, and some are found in food packaging. They also persist in the environment and body, and while scientific data on health risks is currently sparse, Andrews said there is emerging evidence that the entire class of chemicals is dangerous. The advisory is non-enforceable and provides no further protection to the public besides guidance for local governments and utilities.

"I think the fact that EPA only has a [health advisory] also speaks volumes to the issue in terms of the lack of federal leadership, and especially in the drinking water space," Andrews told reporters.

In the absence of federal protection, states are beginning to set their own limits on PFAS in drinking water. New Jersey set a maximum concentration limit for PFOS and PFOA at 14 parts per trillion, far below the non-enforceable limit of 70 parts per trillion suggested by the EPA. There is currently no mandatory federal limit for PFAS in drinking water, and a proposal to simply begin the process of regulating PFOS and PFOA is currently under interagency review, according to the EPA. The stalled PFAS Action Act would push this process forward, requiring the EPA to set a national standard for PFOS and PFOA within two years and determine whether other PFAS chemicals should be treated the same way.

In the recent study, researchers tested for 30 different PFAS chemicals at every location, a tiny fraction of the total number of PFAS chemicals in use. PFOA was detected in 30 of 44 samples, and PFOS in 34 samples. PFAS and PFOA represented approximately a quarter of the total PFAS level in each sample, according to EWG.

Addressing PFAS contamination will be difficult and expensive, which explains why the Trump administration opposes the PFAS Action Act and the EPA is dragging its feet. Municipal water systems must be updated with new filters to remove the chemicals from drinking water, and intense cleanup is needed to remove PFAS compounds from the nation's ecosystems. Confronting contamination would also require new regulations and restriction on industries that use PFAS products and release the chemicals into the environment.

However, advocates and lawmakers say that in the short-term, the federal government must move quickly to protect public health, as the new data shows that constant exposure to PFAS through drinking water is a widespread problem. So far, the EPA and other agencies have failed to hold chemical companies and industries accountable for PFAS contamination. If the PFAS Action Act languishes in the Republican-controlled Senate, even weak public health protections could take years to develop.

"People who have been harmed by PFAS should have their day in court to seek justice for their injuries," Delgado said.