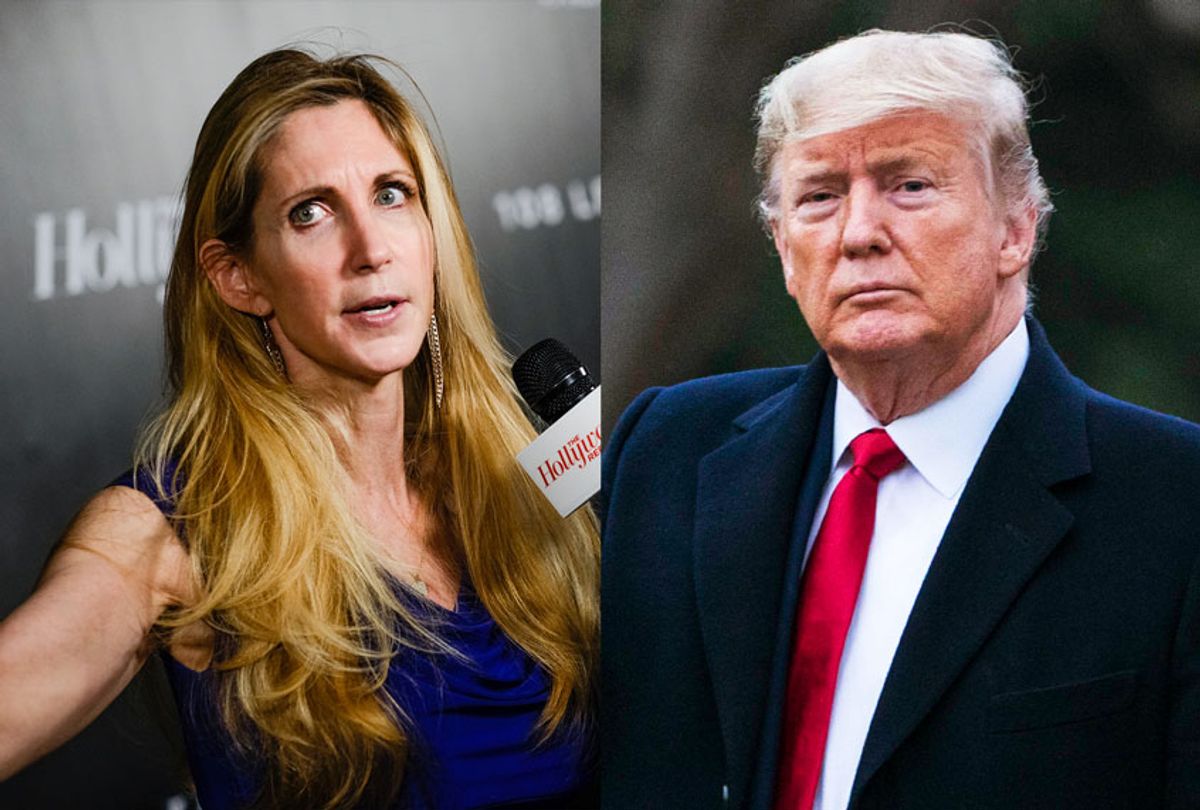 Right wing pundit Ann Coulter denounced President Donald Trump's Super Bowl ad — which touted the commuted sentence of Alice Marie Johnson, who was ordered to spend life in prison for her role in a cocaine trafficking organization — for advocating for "releasing criminals."

She added in a follow up tweet, "Trump ad: I'm as clueless and out of touch as Michael Bloomberg!!! #SuperBowl"

Trump's Super Bowl ad highlighted his decision to grant clemency to Johnson, who served almost 22 years in prison until her sentence was commuted by Trump.

"Thanks to President Trump, people like Alice are getting a second chance," Trump's 30-second commercial said. "Politicians talk about criminal justice reform. President Trump got it done. Thousands of families are being reunited."

The president also ran a second 30-second spot claiming that America is "stronger, safer and more prosperous than ever before" under his administration. Bloomberg, meanwhile, promoted his support for stricter gun control laws in a 60-second spot featuring Calandrian Kemp, whose son George Kemp was shot to death.

Johnson hre-tweeted Trump's ad in her Twitter feed, adding that "two Super Bowls ago I was sitting in a prison cell. Today I am a free woman and my story was featured in a Super Bowl Ad." Kim Kardashian West, whose advocacy for Johnson brought her case to Trump's attention, re-tweeted Johnson's post with the comment, "So proud of you!!!!"

Trump's ad was praised by Fox News host Sean Hannity, who tweeted that "Alice Marie Johnson is one of the most inspiring people I have ever been privileged to meet and interview." Trump's daughter and adviser Ivanka Trump also promoted the spot, tweeting: "God Bless you Alice!"

Some liberals criticized Trump's ad for exploiting his act of clemency for political gain. Media Matters for America editor-at-large Parker Molloy tweeted that while it was "good" for Trump to grant clemency to Johnson, it was "tacky af" for him to mention it in a Super Bowl ad intended to aid his re-election campaign.

Brandon Caldwell, online editor at Radio One Houston, tweeted: "sorry your trauma and decades behind bars was just used as a political prop, alice marie johnson."

Although Johnson participated in a drug ring in the 1990s after being fired from FedEx and struggling to find other work, a choice she made in part because she was a mother of five.

"I'd lost my job. I had bills coming in that were driving me crazy," Johnson told Salon last year. "I got another job eventually as a factory worker, but by the time that I did get the job, I'm divorced now. I've got five children. I'm getting zero support from my ex-husband. I've got things that are going on in my life that are out of control."

She added, "All of a sudden, the control that I felt that I had of my life was just stripped. I don't know what to do, and when an offer came for me to become involved in a drug conspiracy, I really didn't know what that looked like. Thinking back on that, I don't even recognize myself that I would even nod my head. I moved my lips to say, 'OK, I'll pass messages. I'll be a telephone mule in this.'"