Author Stephen King quits Facebook: "Not comfortable with the flood of false information" 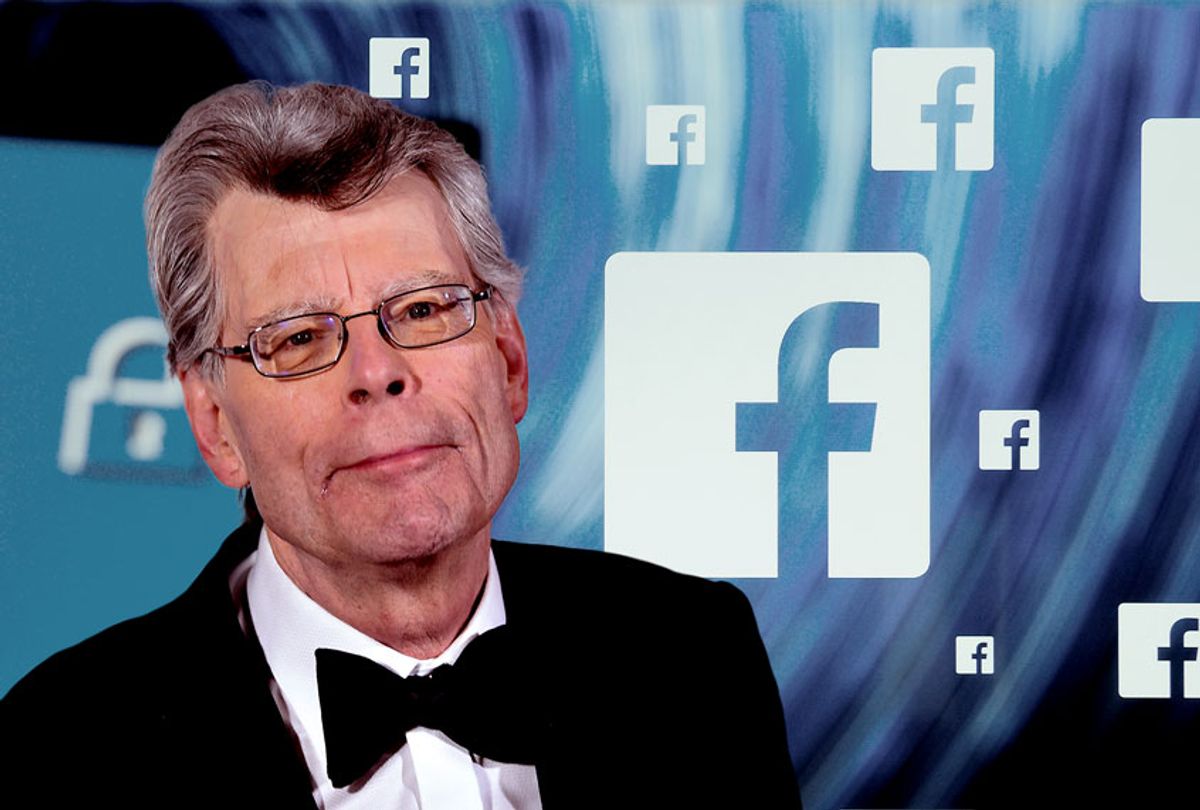 Acclaimed horror author Stephen King announced Friday that he was quitting Facebook over the company's unwillingness to clamp down on misinformation and privacy concerns.

King has since deleted his Facebook page. This is not the first time that the popular writer has spoken out about social issues. He is an outspoken critic of President Donald Trump.

Facebook came under heavy fire from critics for insufficiently cracking down on the fake news disseminated on its platform during the 2016 election. Presidential candidate Sen. Elizabeth Warren, D-Mass., claimed in a recent ad on the platform that what Facebook CEO Mark "Zuckerberg *has* done is given Donald Trump free rein to lie on his platform--and then to pay Facebook gobs of money to push out their lies to American voters."

To justify its policy of allowing political actors to spread misinformation, Facebook's Vice President of Global Affairs and Communications Nick Clegg explained in a speech that "we don't believe, however, that it's an appropriate role for us to referee political debates and prevent a politician's speech from reaching its audience and being subject to public debate and scrutiny."

It was later reported that PayPal co-founder Peter Thiel, who is close friends with Facebook CEO Mark Zuckerberg, was a key figure in pushing for Facebook to exempt political ads from its fact-checking policy. Thiel, a prominent Silicon Valley conservative, is a supporter of Trump. Conservatives generally take the position that political ads should not be censored on Facebook, while liberals point to the way that Trump benefited from the spread of misinformation in 2016.

There have also been criticisms of Facebook for insufficiently safeguarding users' privacy. In 2018, it was revealed that — despite promising to respect user privacy after it came out that companies like Cambridge Analytica had used Facebook to manipulate potential voters in favor of Republican presidential candidates like Sen. Ted Cruz of Texas and Trump — the company had continued to harvest user data for other corporations.

By the following year, Zuckerberg tried to rebrand the company as pro-privacy, saying in a statement that "as I think about the future of the internet, I believe a privacy-focused communications platform will become even more important than today's open platforms. Privacy gives people the freedom to be themselves and connect more naturally, which is why we build social networks.