For the first time ever, researchers saw a wild gray seal clapping underwater — and realized it was trying to talk 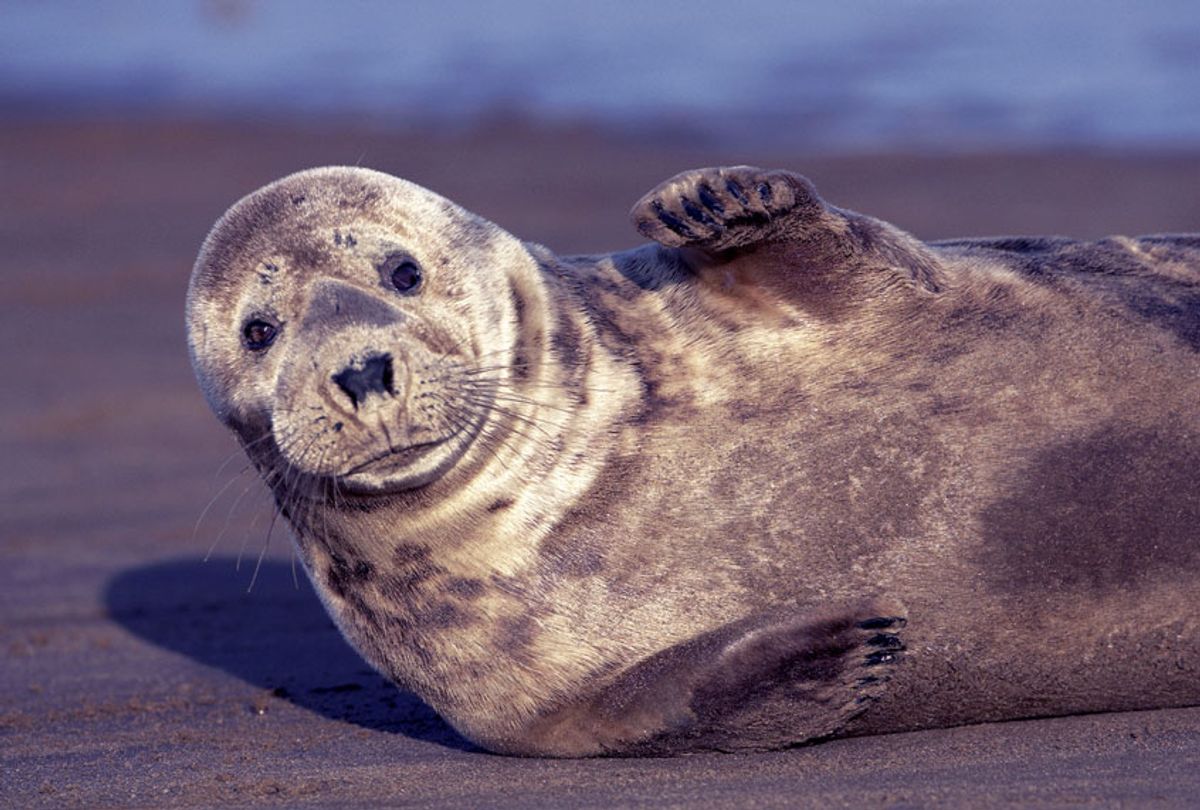 It turns out pinnipeds know how to clap back. In fact, clapping back — and forward — between each other is how they communicate.

Marine mammals, like whales, were known to use clicks to communicate to each other; now, according to new research, wild gray seals communicate similarly — but instead of clicks, use claps.

Researchers published their findings in the journal Marine Mammal Science, which included video footage of a large male off the coast of the Farne Islands, near Northumberland, during the breeding season in 2017. In the video, collected by naturalists, a wild grey seal is swimming underwater, clapping his flippers which made a sharp cracking sound. He does it multiple times as he's swimming close to a female seal.

"The discovery of 'clapping seals' might not seem that surprising, after all, they're famous for clapping in zoos and aquaria," lead study author Dr. David Hocking from the School of Biological Sciences said in a media statement. "But where zoo animals are often trained to clap for our entertainment –  these grey seals are doing it in the wild of their own accord."

This is the first time a seal has been observed clapping in the wild, with its front flippers, while completely submerged. The meaning of the claps is unknown, but researchers theorize that they are attempting to communicate to competitors to leave, or perhaps communicating to potential mates.

"Depending on the context, the claps may help to ward off competitors and/or attract potential mates," Hocking said. "Think of a chest-beating male gorilla, for example. Like seal claps, those chest beats carry two messages: I am strong, stay away; and I am strong, my genes are good."

The physics of clapping underwater is intriguing. The density of water means that it takes impressive strength to clap loudly underwater.

Dr. Ben Burville, a researcher at Newcastle University who took the footage, said of the scene: "the clap was incredibly loud and at first I found it hard to believe what I had seen."

"How could a seal make such a loud clap underwater with no air to compress between its flippers?" Burville added. He also told The Guardian that the "effect of the clap was instant and the rival males rapidly dispersed."

Gray seals are known to be highly social during the breeding season and communicate in a variety of ways, including hissing and growling to display dominance and aggressions. To human observers, seals are perhaps best known for their tendency to bark. Their vocalization are wider-ranged than mere barks, however: a study in 2019 showed that seals can actually be trained to copy new sounds, including musical notes.

The researchers believe this new understanding about grey seals could help protect the species against the harmful effects of pollution by humans. In 2017, a study published in the Journal of Applied Ecology found that seals were being temporarily deafened by noise pollution in the United Kingdom's shipping lanes. If clapping is a critical component of a breeding ritual, it is important to protect them from noise pollution that could disrupt that behavior, too.

"Human noise pollution is known to interfere with other forms of marine mammal communication, including whale song," Hocking said. "But if we do not know a behaviour exists, we cannot easily act to protect it."