"I don't know what happened to Lindsey, and we used to be great friends," the former second lady says 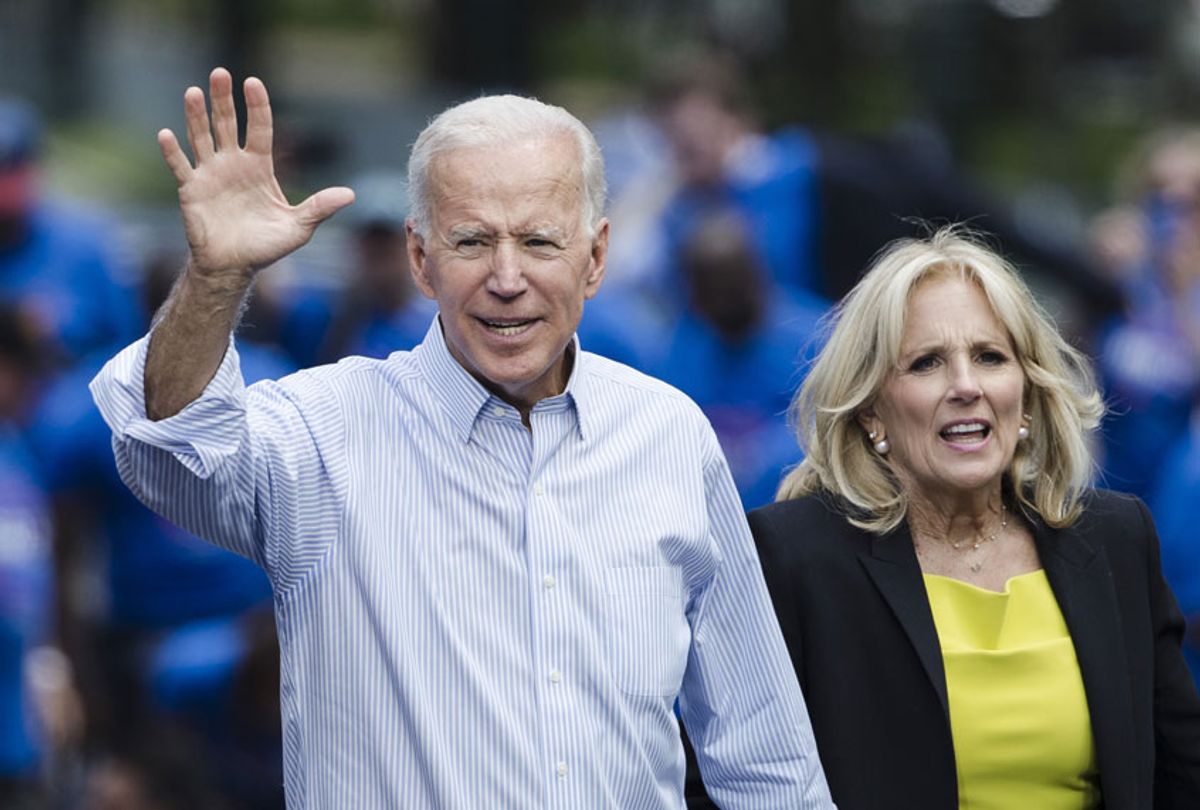 Jill Biden, the wife of former Vice President Joe Biden, said the couple is no longer friends with Sen. Lindsey Graham, R-S.C., after he said "so many negative things" about their family.

Biden discussed the couple's strained relationship with Graham during a Monday appearance on CNN.

"Lindsey Graham, the senator from South Carolina whom I think you count as a friend," host John Berman began before Biden interjected.

"We did, yes," she said. "I don't know what happened to Lindsey, and we used to be great friends — and friends with John McCain. I mean, we traveled together with the Foreign Relations Committee. We've had dinner. You know, and now he's changed."

"Do you consider him a friend anymore?" Berman asked.

"You know, it's hard when you — I don't know — consider somebody a friend, and then they've said so many things, so many negative things. And it's — that's been a little hurtful," Biden replied.

Asked about Graham's calls to call her stepson Hunter Biden to testify before the Senate, Biden replied, "Hunter has done nothing wrong. Why would Hunter be called? Donald Trump should be before that committee."

Graham has demanded Hunter Biden testify over a debunked conspiracy theory pushed by President Donald Trump and his allies that Joe Biden intervened in a Ukrainian investigation as vice president to help his son, who sat on the board of the gay company Burisma. Numerous former Ukrainian prosecutors have said there is no truth to that claim, and that Hunter Biden was never accused of any wrongdoing.

Joe Biden similarly told CNN last year that he was "embarrassed" by Graham trying to ingratiate himself to Trump by pushing false claims.

"I am disappointed, and quite frankly I'm angered, by the fact — he knows me; he knows my son; he knows there's nothing to this," he said.

Jill Biden's comments came after Graham reiterated his call for the Senate to investigate Joe and Hunter Biden, as well as the whistleblower whose complaint led to Trump's impeachment.

"The Senate Intel committee under Richard Burr has told us that we will call the whistleblower," Graham told Fox News on Sunday. "Why is it important? I want to know how all this crap started … If the whistleblower is a former employee of — associate of — Joe Biden, I think that would be important."

Graham said the Senate Foreign Relations Committee would also look at the allegations against Biden.

"I'm gonna bring in State Department officials and ask them, 'Why didn't you do something about the obvious conflict of interest Joe Biden had?'" Graham said. "Joe Biden's effort to combat corruption in the Ukraine became a joke."

Graham added that he "can prove beyond any doubt that Joe Biden's effort in the Ukraine to root out corruption was undercut, because he let his son sit on the board of the most corrupt company in the Ukraine. And we're not gonna give him a pass on that."

The comments came despite Graham's claim that he wanted someone outside of politics to investigate Biden.

"I like Joe Biden. He's a good friend of mine. I really honestly do like him. But somebody has to look at this conflict, and I would like somebody outside of politics," he told Fox News last fall. "I want somebody to look at whether or not there was a conflict of interest involved in Joe Biden asking for the Ukrainian prosecutor to be fired."

Biden responded to the comments last year by claiming that Trump "is now essentially holding power over him that even the Ukrainians wouldn't yield to."

"Lindsey is about to go down in a way that I think he's going to regret his whole life," Biden said at the time. "I say Lindsey, I just — I'm just embarrassed by what you're doing for you. I mean, my Lord."