Iowa Democrats should have known that the reporting app, that led to the caucus debacle, was due for meltdown 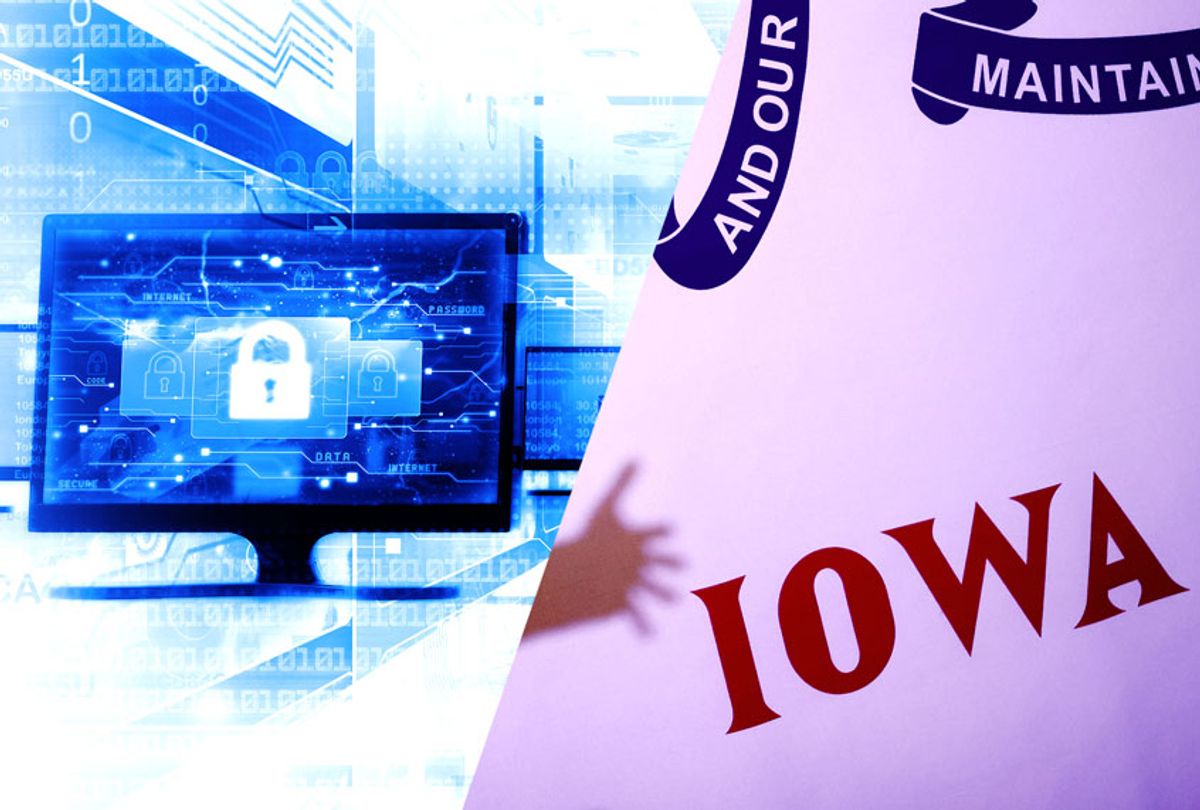 The Iowa Democratic Party blamed "inconsistencies" for the delay in announcing the results of Monday's caucus, but numerous Iowa officials say many of the problems were caused by a new app that the party was warned about last week.

The party initially blamed a "coding error in the reporting system" and "inconsistencies" in the results for the holdup.

"We found inconsistencies in the reporting of three sets of results," Iowa Democratic Party communications director Mandy McClure said in a statement. "In addition to the tech systems being used to tabulate results, we are also using photos of results and a paper trail to validate that all results match and ensure that we have confidence and accuracy in the numbers we report."

"The app did not go down and this is not a hack or an intrusion," the statement said.

Despite the party's insistence that the new app was not to blame, numerous caucus officials and campaign aides pointed to the app for causing the delay.

"The app is f*cking up," a senior Democratic campaign aide told NBC News. "Can't trust the numbers coming in."

Precinct captains were then directed to call in the results but encountered hour-long wait times. The party hung up on one Iowa official while he was discussing the delay live on CNN.

The app was "quickly" put together in just the last two months and was not properly tested, according to The New York Times. Numerous Democratic officials told the outlet they "struggled" to use the app and did not receive training ahead of time.

Precinct leaders failed to properly download the app or log in and the app glitched, according to The Washington Post. "When party officials eyeballed the numbers, they discovered that a second system for collating the data spit out only partial results. The vendor later discovered a coding error in this secondary system, which was later fixed," The Post reported.

The app was built by the company Shadow, which was founded by several veterans of Hillary Clinton's 2016 campaign. Federal Election Commission disclosures show that Iowa paid around $60,000 to Shadow.

"We knew the app was a problem last Thursday," Sean Bagniewski, the chairman of the Polk County Democratic Party, told The Washington Post.

Bagniewski said he was directed to a "dedicated staffer" who was unable to fix the issues.

"We had had so many complaints about the app that we started telling our chairs that if they were having problems with the app then you should call in the results," Bagniewski said.

Peter Leo, the chairman of the Carroll County Democratic Party, said that he warned precinct leaders not to use the app a week before the caucus because he heard the party "wasn't confident the app would work," according to The Post.

Officials who couldn't use the app or chose to call in the results overwhelmed the party hotline.

"So many people had trouble with the app that the hotline got overwhelmed," Johnson County Democratic Party official John Deeth told the outlet.

The Department of Homeland Security offered to vet the app but the party declined, according to Fox Business.

The delay in announcing the results did not stop several candidates from declaring victory on Monday night.

"We know there's delays, but we know one thing: We are punching above our weight," said Sen. Amy Klobuchar, D-Minn.

"Let me just begin by stating that I imagine, have a strong feeling, that at some point, the results will be announced," said Sen. Bernie Sanders. "And when those results are announced, I have a good feeling we're going to be doing very, very well here in Iowa."

"Tonight, an improbable hope became an undeniable reality," Buttigieg said. "We don't know all the results. But we know by the time it's all said and done, Iowa, you have shocked the nation. Because, by all indications, we are going on to New Hampshire victorious."

The Buttigieg campaign released internal data showing he earned about 25 percent of the vote. The Sanders campaign also released their internal results based on roughly 40 percent of precincts. The numbers released by Sanders showed him leading with 29.7 percent, followed by Buttigieg with 24.6 percent, Warren at 21.2 percent, and Biden at 12.4 percent.

MSNBC host Chuck Todd said Biden "may have dodged a bullet" because the results showing him trailing the other three candidates were not announced in primetime.

The Biden campaign sent a letter to the Democratic Party urging them to hold off on announcing the results, which are expected to be released on Tuesday.

"I write on behalf of the Biden for President Campaign regarding the considerable flaws in tonight's Iowa Caucus reporting system. The app that was intended to relay Caucus results to the Party failed; the Party's back-up telephonic reporting system likewise has failed. Now, we understand that Caucus Chairs are attempting to — and, in many cases, failing to — report results telephonically to the Party. These acute failures are occurring statewide," wrote Biden general counsel Dana Remus, adding that the campaign would like an "opportunity to respond" before the "official results are released."

But Politico already declared Biden the "biggest 'winner'" after "questions surrounding the vote-counting served to obscure a potentially poor performance."

The troublesome app was also expected to be used in the upcoming Nevada caucus later this month, but officials changed their mind after watching the Iowa caucus unfold.

Georgetown computer science professor Matt Blaze told The Times that introducing brand new software during the election season was a recipe for disaster.

"The consensus of all experts who have been thinking about this is unequivocal," Blaze said. "Internet and mobile voting should not be used at this time in civil elections."

Some Democrats questioned whether the party should continue to hold caucuses at all.

"As we try to make voting easier for people across America, the Iowa caucus is the most painful situation we currently face for voting," Dick Durbin, the No. 2 Democrat in the Senate, told MSNBC. "People who work all day, pick up the kids at daycare — you think they're headed to the caucus next? Of course not. We've got to have a means for people to express themselves that is reliable. Unfortunately, the caucus system is not."