With Harvey Weinstein's #MeToo trial in the news, "Bombshell" resonates more than ever 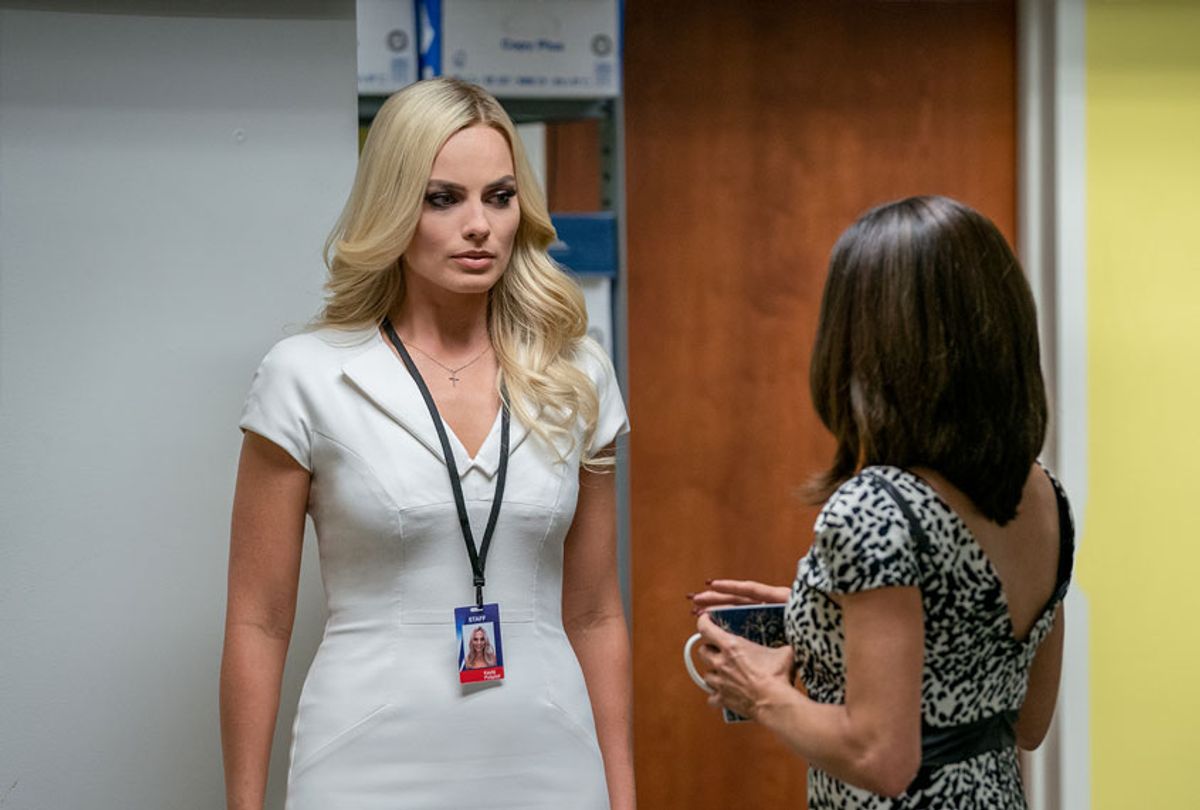 Might Harvey Weinstein have an unexpected influence on this year's Oscars? The former movie mogul, known for his egregious Oscar campaigning, is presently on trial on sexual assault charges. And yet, the subject/nature of his case — which helped establish the #MeToo movement — is also front and center in the Oscar-nominated film, "Bombshell,"

Jay Roach's drama, about the women Roger Ailes sexually abused when he was head of Fox News, will likely win a statue for Best Achievement in Makeup and Hairstyling. However, it would be interesting to see one of the two actresses nominated for their roles upset the odds-on favorite.

Could Charlize Theron, who disappears into the role of Megyn Kelly, win out over Renée Zellweger's mannered performance as Judy Garland in "Judy" in the Best Actress category? It wouldn't be the first time Theron won an Academy Award for playing a monster. And the Oscars love to reward actors who play real people. Theron is positively chilling as Kelly, capturing not just her look and her cadence, but making her sympathetic as she reveals what makes her tick. It's a bravura turn. Alas, Hollywood likes to reward its own, and Zellweger's Garland provides a near-irresistible opportunity to do just that.

But perhaps the more likely chance for Oscar success would be in the Best Supporting Actress category, where Margot Robbie gives a remarkable performance as Kayla Pospisil, a composite character whose harassment by Ailes (John Lithgow) helped bring down his house of cards.

Robbie's greatest competition is Laura Dern for her slinky role as Nora Fanshaw, a savvy divorce lawyer in "Marriage Story." Dern has been an award circuit favorite this season, but it is hardly her best performance. (Not that the Oscars ever reward a performer's "best" work — e.g., Paul Newman's win for "The Color of Money," not "The Verdict" was an oversight.)

But will Academy voters, many of whom have surely been on the wrong side of divorce lawyers like the one Dern plays, want to vote and reward that character (and by extension that character)? The sympathy and compassion being extended to the women allegedly abused by Weinstein may sway voters to cast their ballot for Robbie's victim.

Moreover, the Oscars generally reward the performer who does the "Most" acting. (This may be why La Streep has been nominated so many times and for some of her hammiest roles—e.g, "Doubt" "Julie & Julia," "August: Osage County," and "Florence Foster Jenkins.")

In "Marriage Story" Dern doesn't have too many "Oscar clip" moments. She's relaxed and having a good time as Nora, telling Nicole (Scarlett Johansson) how she is going to help her crush her soon-to-be-ex-husband Charlie (Adam Driver) in the divorce. It's almost a comic turn, and the Academy generally does favor the dramatic.

In contrast, Robbie has not one, but two scenes that rattle viewers to the core. First, is the exploitative one, where the ambitious Kayla secures a meeting with Ailes and after a little chit chat, finds herself in way over her head. When Roger asks her to lift her skirt higher and higher, the despair registering on Kayla's face is palpable, and the scene gets uncomfortably creepy. Robbie's face, trying to force a smile while dying inside, shows just what makes her performance so remarkable.

But the other scene that makes Robbie's acting prize-worthy is her teary phone call to her co-worker Jess (Kate McKinnon) where Kayla reveals that she did in fact have sex with Ailes. She is choked with regret, and Robbie expresses Kayla's fear, self-loathing, and plea for help/absolution in mere moments. It's a stunning episode.

Robbie's turn as Sharon Tate in Quentin Tarantino's "Once Upon a Time . . . in Hollywood," may also help her performance in "Bombshell" resonate with voters as Tate is an ingenue of another kind. (And lest anyone forget Robbie, she has "Birds of Prey" opening Feb. 7. Folks can appreciate her versatility, alternating blockbusters with indie projects.)

Dern is Hollywood royalty, the child of two multiple-Oscar-nominated actors (Diane Ladd and Bruce Dern). She bravely admitted to having been the victim of sexual assault, which also magnifies the importance of "Bombshell's" message. Perhaps if Dern wins, as is expected, she will call attention to this important issue.

But maybe voters will honor Robbie's performance in "Bombshell" and thereby send a veiled message to Hollywood. This is an opportunity to call more attention to the fact that women do not deserve to be harassed in the workplace. That vulgar, sexist behavior cannot, and will not, be tolerated. That speaking up against sexual harassment is essential to move the needle and foment change. A vote for Robbie is a vote for social justice.

Robbie's character may be a symbol for all the women who have been belittled and beleaguered by men in the entertainment industry (and beyond). May "Bombshell" be a clarion call like the current Weinstein trial (and the Cosby case prior to that) that women will prevail.