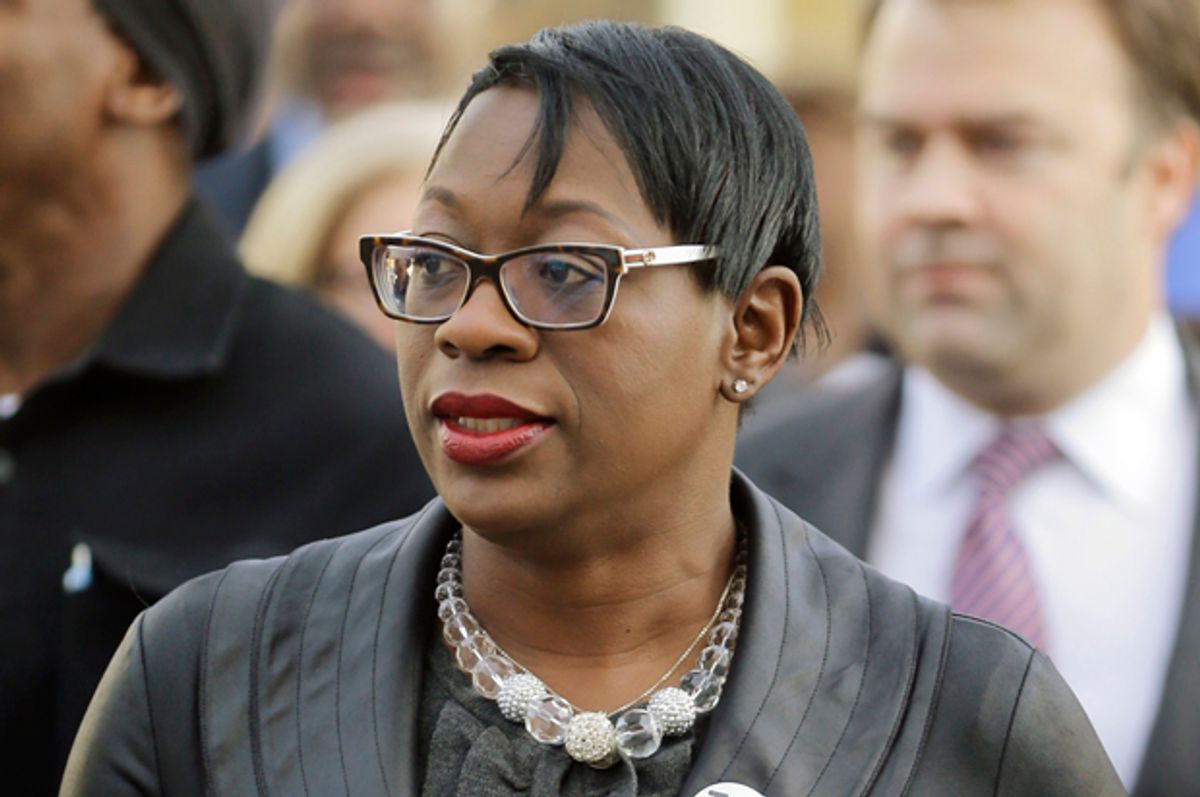 Nina Turner, a national co-chair of the Bernie Sanders campaign, left an MSNBC panel in shock Monday evening after she referred to billionaire Mike Bloomberg as an "oligarch" who bought his way into the presidential race.

"We should be ashamed of that, as Americans, as people that believe in democracy, that the oligarchs — if you have more money, you can buy your way," said Turner.

Turner referred specifically to the Democratic National Committee (DNC) opening the door for the billionaire financier and media mogul to participate in upcoming debates. The allowance for the former mayor of New York City was not one afforded to Sens. Kamala Harris (D-Calif.) and Cory Booker (D-N.J.) or to former Housing and Urban Development Secretary Julián Castro, as Turner pointed out when pressed on her language by MSNBC's Chris Matthews.

"Not sure why this is even a discussion but by any reasonable historical or comparative standard Michael Bloomberg is literally the definition of an oligarch," tweeted historian Patrick Wyman.

Intercept editor Glenn Greenwald, quoting Wyman, explained why the term was under discussion: American exceptionalism and centrist fears of a rising Sanders.

Turner's response provoked outrage and upset from MSNBC contributor and The Root editor Jason Johnson, who took issue with Turner's assertion that Bloomberg, who has spent $250 million of his own money on his campaign and whose exception to the debate rules came just months after donating $325,000 to the DNC, was an oligarch.

"Calling Mike Bloomberg an oligarch has implications in this country are unfair and unreasonable," said Johnson.

Johnson claimed that the word would evoke "a rich person who got their money off of oil in Russia, who is taking advantage of a broken and dysfunctional system."

As Common Dreams reported in October, the 400 richest Americans have a lower tax rate than the rest of the country.

"It's dismissive, unfair and the kind of thing that blows up in your face if you become the nominee and you have to work with Mike Bloomberg three or four months from now," Johnson added. "That's the issue Sanders people never want to remember."

Turner dismissed the criticisms after a lengthy back and forth when Matthews asked her if she wanted to use a different word to describe the mayor.

"No, he doesn't tell me what to say or how to change my words," she said of Johnson. "My word stands!"