A stock market boom is not the basis of shared prosperity

The U.S. addiction to stock price inflation is rooted in an illusion 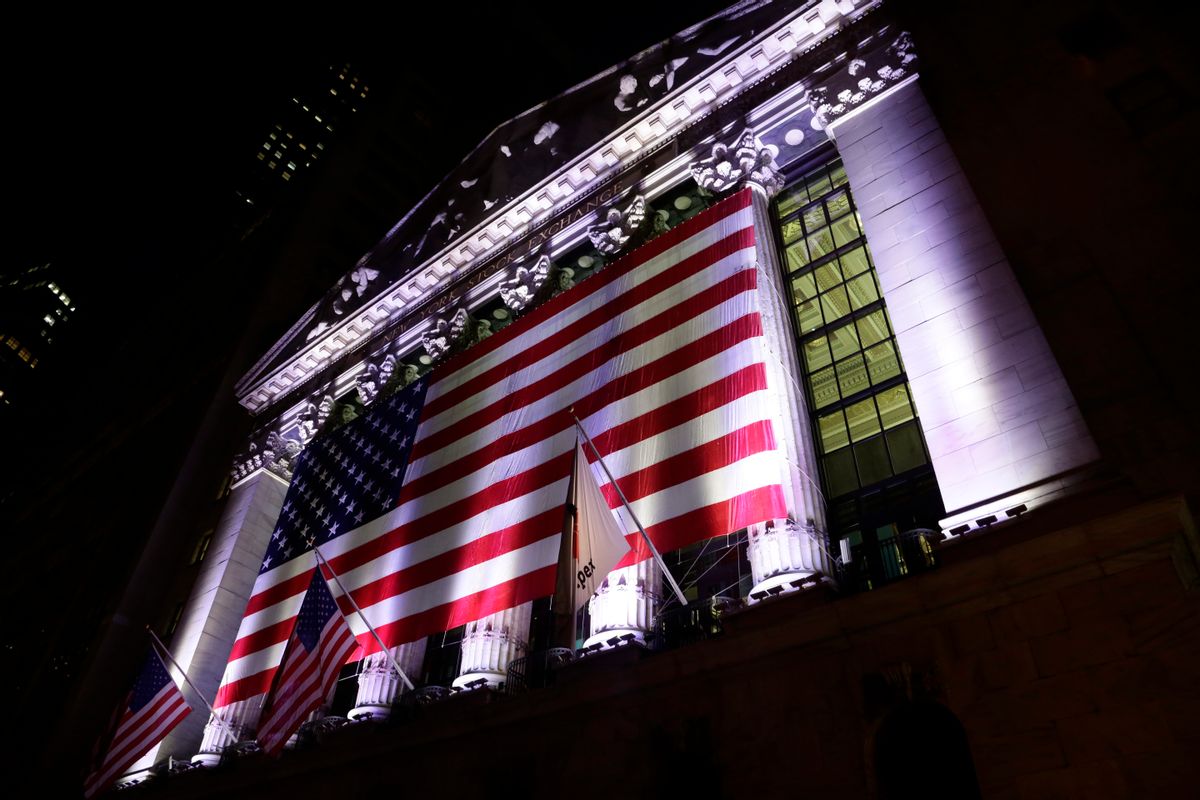 In this Friday, Feb. 17, 2017, photo, an American flag hangs on the front of the New York Stock Exchange. Global stock markets traded in fairly narrow ranges Tuesday, Feb. 28, as investors awaited a speech by President Donald Trump to both houses of Congress that could have a major bearing on the outlook for all types of financial assets in the near-term. (AP Photo/Peter Morgan) (AP)
--

The United States is currently enjoying another stock market boom. If history is any guide, it may well end in a bust. In the meantime, the boom is having a politically toxic effect. Donald Trump uses it to make the case for his reelection in the fall.

But his argument, at a minimum, requires a big leap of faith. Trump's assertion — that a stock market boom is the basis for shared prosperity — is just that, an assertion. It certainly hasn't led to any broad-based prosperity. The beneficiaries are the happy few at the top of the U.S. economic pyramid.

Anyone who ever read John Kenneth Galbraith's The Great Crash 1929, his 1954 classic, has run across Galbraith's idea of the "bezzle." In addition to Ponzi schemes, Galbraith's bezzle also captures the dynamic of speculative bubbles.

Those bubbles are a form of fraud we collectively inflict on ourselves. Investors buy in believing they will be able to sell at a higher price, and their purchases drive up prices and attract new investors who hope to jump on the price appreciation band wagon.

The bubble continues until belief in ever higher prices is punctured, whereupon buyers evaporate and the bubble implodes. Once again, all feel richer along the way.

Today's stock market increasingly has the smell and feel of another bezzle. That smell is metaphorically rather perfectly reflected in President Trump who has all the integrity of a con man.

Better yet, Trump's business history, in addition to reliance on funding from suspect sources, is marked by serial bankruptcies.

The Fed as stock market booster

Trump has also managed to use the presidential bully pulpit to cajole the U.S. Federal Reserve into further inflating asset prices by enjoining it to lower interest rates.

In addition to directly impacting asset pricing, the Federal Reserve has given a green flag for speculative buying. In that process, it has strengthened beliefs that it stands ready to guarantee stock prices, via the so-called "Powell put."

To be honest, it did not take much cajoling from Trump as the Federal Reserve has evidently learned little from the past 35 years of serial asset price bubbles.

Furthermore, the composition of its current Board of Governors leans strongly toward Wall Street. Moreover, all of the Fed' Board members have a strong personal interest in higher U.S. stock market prices from which they each stand to gain.

This already artful policy pyramid is further supported by the mainstream economics profession, many of whom are also beneficiaries of higher stock prices.

Mainstream economists have now embraced asset price inflation as the preferred tool for combating recession and sustaining economic expansions. And some are arguing for the Fed to purchase equities in the next recession.

The U.S. addiction to stock price inflation is politically and economically toxic. It is rooted in an illusion promoted by Wall Street, the Federal Reserve and mainstream economists.

The case they present to an all too gullible American public deliberately conflates stock market returns (for the few) with shared prosperity (for all).

The simple reality is a stock market boom is not the basis of shared prosperity. But don't expect Mr. Trump ever to tell anyone that truth.

Thomas I. Palley is an independent economist in Washington D.C.

MORE FROM Thomas I. Palley