"Republicans briefed on Trump's thinking believe that the president is out for revenge against his adversaries." 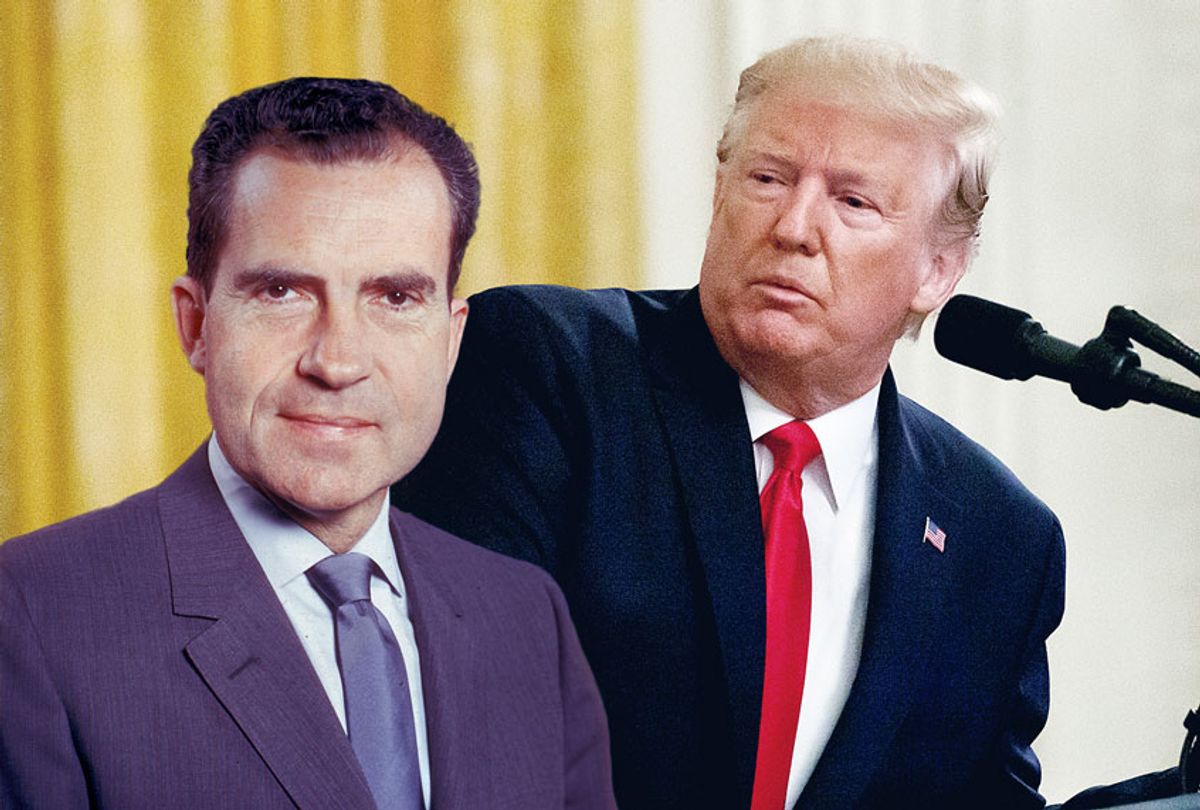 President Donald Trump is reportedly compiling a Nixonian "enemies list" that includes former national security adviser John Bolton and top House Democrats as he seeks to retaliate for the congressional impeachment process, which is expected to come to a close as early as Wednesday with a Senate vote to acquit.

Vanity Fair's Gabriel Sherman reported Monday that "Republicans briefed on Trump's thinking believe that the president is out for revenge against his adversaries."

"It's payback time," an anonymous Republican lawmaker told Vanity Fair. "He has an enemies list that is growing by the day."

"Trump wants Bolton to be criminally investigated," Sherman reported. "A person familiar with Trump's thinking said Trump believes Bolton might have mishandled classified information. According to a former official, the White House is planning to leak White House emails from Bolton that purportedly allege Bolton abused his position at the National Security Council."

Walter Shaub, former director of the Office of Government Ethics, tweeted Monday that Senate Majority Leader Mitch McConnell (R-Ky.) "hasn't even held the final vote to launch the post-checks and balances era, and already the would-be authoritarian is escalating his abuses of power."

"This is what Senate Republicans are voting to permit," said CNN legal analyst Susan Hennessey. "They know this is terrifying and destructive of the country, but they're more afraid of what Trump might do to them."

The expected Senate vote to acquit Trump on charges of abuse of power and obstructing Congress will come after Republican senators last week largely unified to block witnesses, including Bolton, from testifying in the impeachment trial.

As Common Dreams reported Monday, protests are set to take place across the country Wednesday condemning the Senate GOP's "cover-up" and making clear that a trial without witnesses is no trial at all.

"We the people do not accept this disgraceful attempt to cover up Donald Trump's abuse of the powers of the presidency and we will make our voices heard in protests Wednesday and on Election Day," said Karen Hobert Flynn, president of Common Cause, one of the progressive groups that organized the nationwide demonstrations.