Can China prevent its next epidemic?

China’s response to the coronavirus outbreak has drawn praise, but more important will be the lessons it takes away 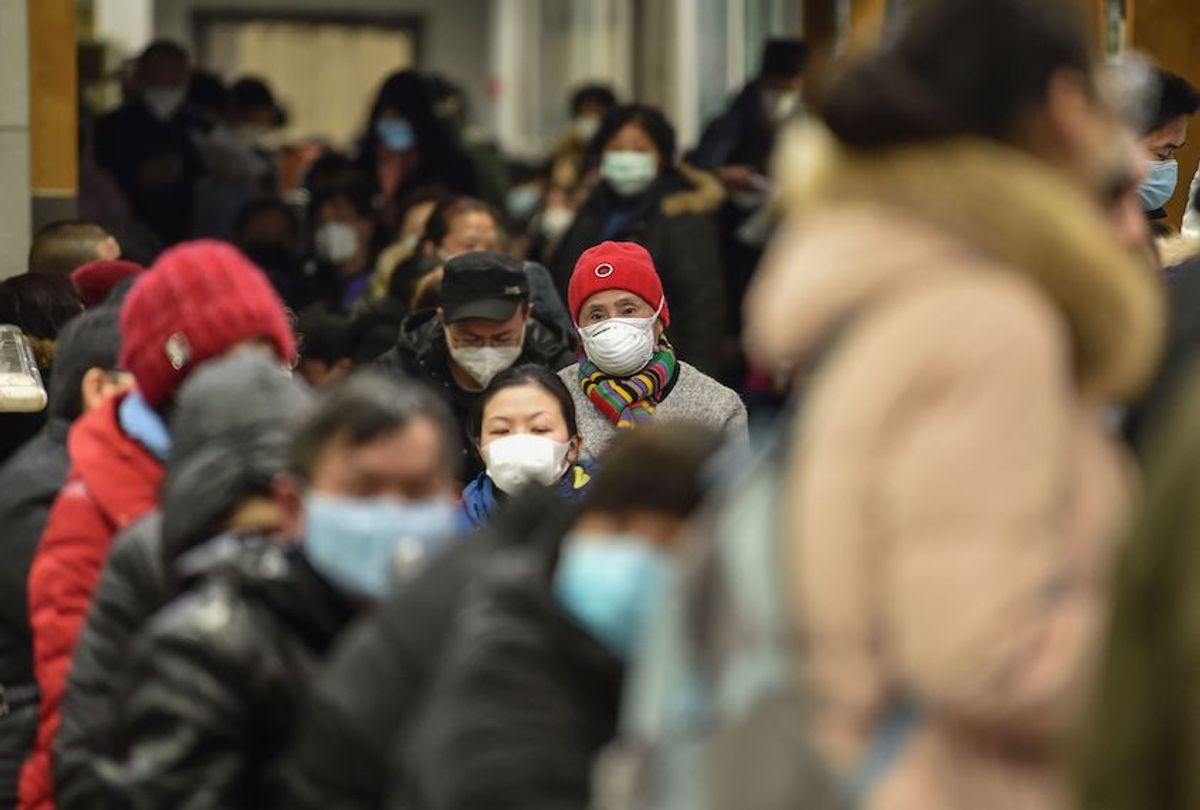 People wearing facemasks to help stop the spread of a deadly virus which began in the city, wait at Wuhan Red Cross Hospital in Wuhan on January 24, 2020. (Hector Retamal/AFP via Getty)
--

China has over the past few weeks put extraordinary measures in place to try and curb its coronavirus epidemic. It has locked down multiple cities, effectively quarantining 45 million people. It has shut down wildlife markets, like the one where the infection took off. It has also ordered the building of two new hospitals dedicated to treating people infected with the virus — one of which opened its doors just 10 days later. And Chinese scientists are sharing data with their colleagues worldwide as quickly as they can.

These efforts are being referred to as heroic and exemplary by some, including the World Health Organization. But with the exception of the data sharing, it's not clear that the government's measures will do much good now, so long after the viral horse has left the barn. Anywhere between 30,000 and 200,000 people may already have been infected with coronavirus, according to an estimate by epidemiologist Neil Ferguson, with more than 24,000 cases now confirmed in China. It's a monumental task for any country to quell an epidemic of those proportions.

The real action China must take should be preventive — so epidemics like this don't take hold in the first place.

This is not the country's first, or second, or even third encounter with outbreaks of this nature. The SARS epidemic in 2003 got the most attention, and rightly so, because it infected more than 8,000 people worldwide and killed more than 770. But China also saw repeated bouts of bird flu in 1997 and off and on since 2003. A 2018 outbreak of swine fever wiped out about 40 percent of the country's pig population in the course of one year.

During the SARS epidemic, Chinese scientists learned valuable lessons about collaborating with their colleagues worldwide, and about working with the World Health Organization. They strengthened their public health systems. Even Chinese researchers whose work had nothing at all to do with public health or infectious diseases put their projects on hold to study SARS.

But infectious disease experts both inside and outside China have repeatedly pointed to the country's wildlife markets, where residents can buy live animals for food, as dangerous playfields for viruses to jump between species. The markets — popular in certain provinces — are teeming with live fish, fowl, rodents, and other critters. It's estimated that the country has hundreds of wildlife markets, each with countless species jostling for space.

SARS is the result of a coronavirus that jumped from bats to civets to people. Bird flu jumped from poultry to people. China has seen, again and again, that its wildlife and other live animal markets are hotbeds for emerging infections.

During the 2003 SARS epidemic, and again during some bird flu outbreaks, the country shut down many of its wildlife and live animal markets. But it's not clear that the moves were very effective.

I was in Shanghai in 2005, during a bird flu outbreak. The government had officially banned live chickens from being sold at the markets. I was with a Chinese researcher at a street market near the beautiful Yuyuan Garden. When she spoke to one of the vendors, voila, he pulled a live chicken out from under the table. He held it upside down, blew on it to clear any feathers out of the way, and showed us its pink rear. This, Harvard epidemiologist Marc Lipsitch told me later, is just about the most effective way to aerosolize and spread the virus.

If China is serious about preventing outbreaks, it will need to either shut these multi-species markets down for good and provide other viable options for the vendors to make a living, or regulate the markets carefully and educate vendors about the health risks of handling live animals. In any case, it should already know that simply ordering people to stop selling particular animals for a brief period of time is unlikely to make the public safer over the long run. (This week, Chinese leadership hinted that it may rein in wildlife markets, stating that "it is necessary to strengthen market supervision, resolutely ban and severely crack down on illegal wildlife markets and trade.")

Quarantining tens of millions of people after the fact is another measure that has the sheen of monumental action, but it's unclear that it has any benefit. In fact, it is almost certainly harming people by cutting off their access to health care and support. Isolating people who are symptomatic is known to slow down an epidemic's progression, and the approach was used effectively by China, Singapore, and other countries during the SARS outbreak. But to his knowledge, Lipsitch noted, quarantining entire cities, as China is attempting to do, has never been done in the modern era of transportation. "It seems likely that it will reduce people's access to medicine and food because it's harder to get things into the city," he said.

Too often, governments push aside scientists' warnings for short-term political and societal considerations. That's true everywhere, but particularly in China, said Joy Zhang of the University of Kent, who studies the relationship between science and society in China and Europe. Preventing epidemics will require people at every level of Chinese government to take public health seriously, not just the central government in Beijing, she said.

To be fair, let's give credit where credit's due. It took China only weeks to acknowledge the coronavirus epidemic this time, whereas it ignored and hid the SARS outbreak for months. And Chinese scientists have shared data with the World Health Organization, although the organization is still urging China to share biological samples.

But China's real heroism in dealing with this outbreak will depend on what lessons it carries forward, and whether it can take steps to prevent yet another epidemic.

Apoorva Mandavilli is the founding editor and editor-in-chief of Spectrum, the leading source of autism research news. Her work has also appeared in The New York Times, The New Yorker online, The Atlantic, Slate, and Nature among other publications.