Exploring the biology of friendship

In her new book, Lydia Denworth argues that friendship has a direct bearing on our mental and physical health 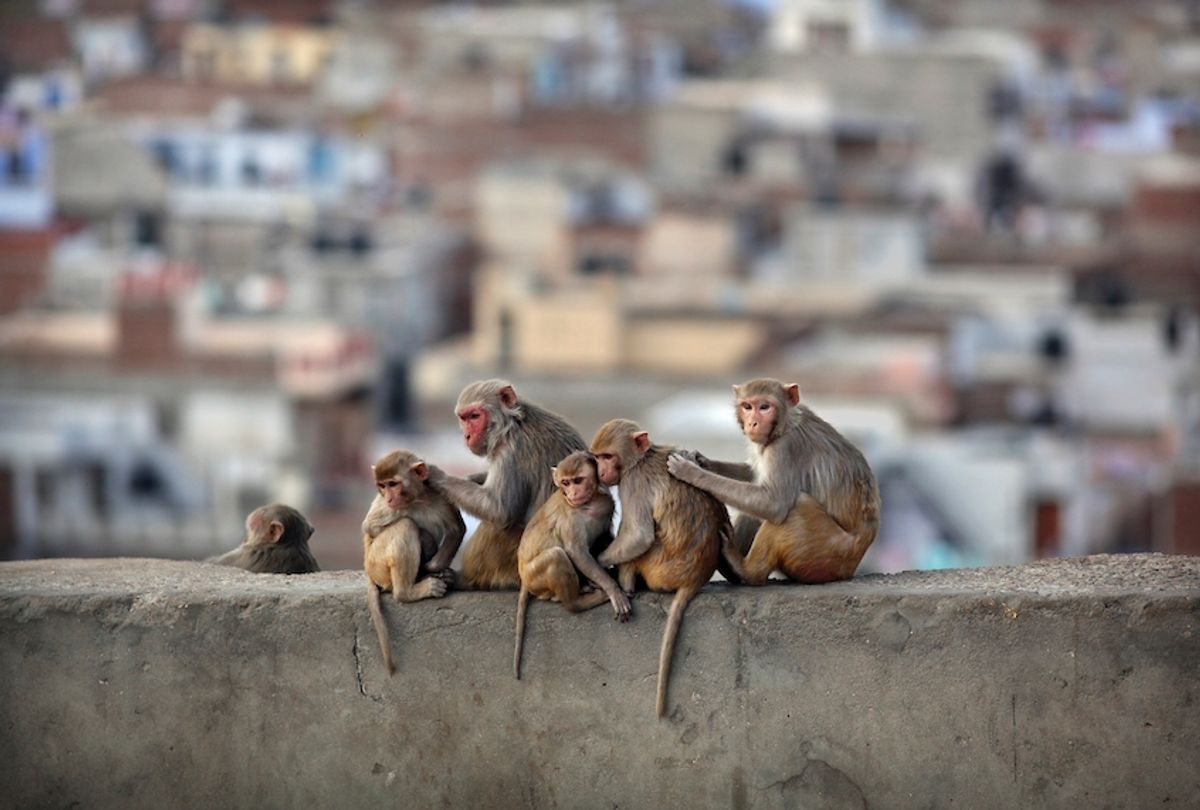 On the Puerto Rican island of Cayo Santiago, it's the monkeys, not the humans, who are in charge. Yet this palm-fringed haven — home to about 1,000 rhesus macaques—can feel strangely similar to a weekend watering hole or middle-school cafeteria. Among these gregarious macaques, cliques, best-friend pairs, and social climbers are all much in evidence, giving scientists a close look at the primate origins of our drive to affiliate.

As science journalist Lydia Denworth visited places like Cayo, she grew convinced that humans' social connectedness was far more deep-rooted, and far more biological, than experts had long assumed. For centuries, Denworth notes in "Friendship: The Evolution, Biology, and Extraordinary Power of Life's Fundamental Bond," our desire to make friends "was considered purely cultural, an invention of human society — and modern human society at that."

But Denworth marshals new evidence that in friendship, as in so many areas, we're not all that different from our primate forebears. Friendship isn't just "the leavening in our lives"; it evolved because it has a direct bearing on our mental and physical health. Among the Cayo macaques, biologist Lauren Brent reports, those with the strongest social networks have lower levels of stress hormones — a factor known to buffer against disease. "Friendship is not a choice or a luxury," Denworth asserts. "It's a necessity that is critical to our ability to succeed and thrive."

Denworth foregrounds her argument with British biologist William Hamilton's theory that those animals that cooperated with relatives — whether close or distant — would have benefited by promoting the survival of genes like their own. This theory does lend some insight into what drives us to be sociable. However, Denworth fails to mention the hotly debated attendant theory of "group selection," which seems just as relevant to the genesis of friendship. According to this theory, the fittest groups of individuals might have been the ones better than other groups at forming supportive social ties — essentially, the ones whose members were good at making friends.

Denworth's narrative strengthens as it moves into colorful observation of the parallels between human and primate friendship. Reporting from southern Kenya, she highlights the human-like social gestures she observes among a troop of baboons, who embrace, groom each other, and play with one another's babies. She also relates the tale of a Botswanan baboon named Sylvia, who scientists dubbed the "Queen of Mean" because "she cut a swath through the group, scattering subordinates and biting or whacking animals that failed to move out of her way." But Sylvia's approach softened after a lion killed her daughter. Bereft of her closest companion, Sylvia began offering to groom the peers she'd once scorned, much as a former high school queen bee might try to befriend classmates she'd bullied.

Having made the case for friendship's profound genetic origins, Denworth pushes back against the hand-wringing assumption — widespread among some critics — that technologies like social media are corroding our most essential bonds. Headlines like "Have Smartphones Destroyed a Generation?" imply that human connectedness is going the way of the landline, but the true picture, Denworth says, is less alarming.

For every study that finds a rise in loneliness due to social media, there's another showing that it brings people together. A hefty Stanford University meta-analysis reports that social media use has negligible effects on well-being, and people who use Facebook several times a day actually report stronger relationships overall.

Just as deftly, Denworth punctures the stereotype that female friendships thrive on endless chats and male ones on side-by-side activity. When University of Winnipeg psychologist Beverley Fehr had pairs of male friends ask each other deep questions about their dreams, values, and relationships, they reported being more satisfied with those friendships afterward. Results like these hint that many male friendships have hidden depth.

A section on the ill effects of loneliness repeats tropes familiar from books like Robert Putnam's "Bowling Alone" — being friendless, Denworth writes, chips away at our physical health and can shave years off our lives. What feels fresher is Denworth's examination of why this might be the case. When a team led by John Capitanio, a psychologist at the University of California, Davis, sampled tissue from the lymph nodes of friendless monkeys, they found high activity in inflammatory genes and low activity in genes that confer protection against viruses.

Part of the reason friends bolster our well-being, Denworth maintains, is that they often seem to think about things the same way we do, which helps us feel included and supported. One of the book's most intriguing revelations is that our closest friends, the people we consider "kindred spirits," resemble us on a biological level as well. When Dartmouth researchers scanned the brains of graduate students in an MRI machine, they could reliably tell which subjects were part of each other's inner circles. Across multiple domains, including sociality, memory, and language, people's brains lit up in almost the same ways as those of their close friends.

Of course, just because we're wired for close friendship doesn't mean it comes easily. Denworth points out that conversations that cement deep friendships often involve some risk, since disclosures that make us vulnerable are often what draw us close together. True friendship is also a long game. It takes over 200 hours for someone to ascend to "best friend" status, according to a University of Kansas study — hours that rack up quickly in a college dorm setting, but not so much in the adult realm of overstuffed schedules, missed texts, and canceled lunches.

Yet Denworth argues that the lifetime rewards that accompany inner-circle ties make the risks and time demands worthwhile. She cites a decades-long Harvard University study reporting that people who enjoyed strong social bonds into their 80s were less likely to succumb to late-life cognitive decline.

"Put time and attention into building quality relationships," Denworth concludes. "Be mindful of your social convoy. You cannot afford not to." While this may sound like familiar advice, it's still worth bearing in mind — and as Denworth convincingly shows, it has more scientific weight than ever before.

Elizabeth Svoboda is a science writer based in San Jose, California. Her most recent book for children is "The Life Heroic."